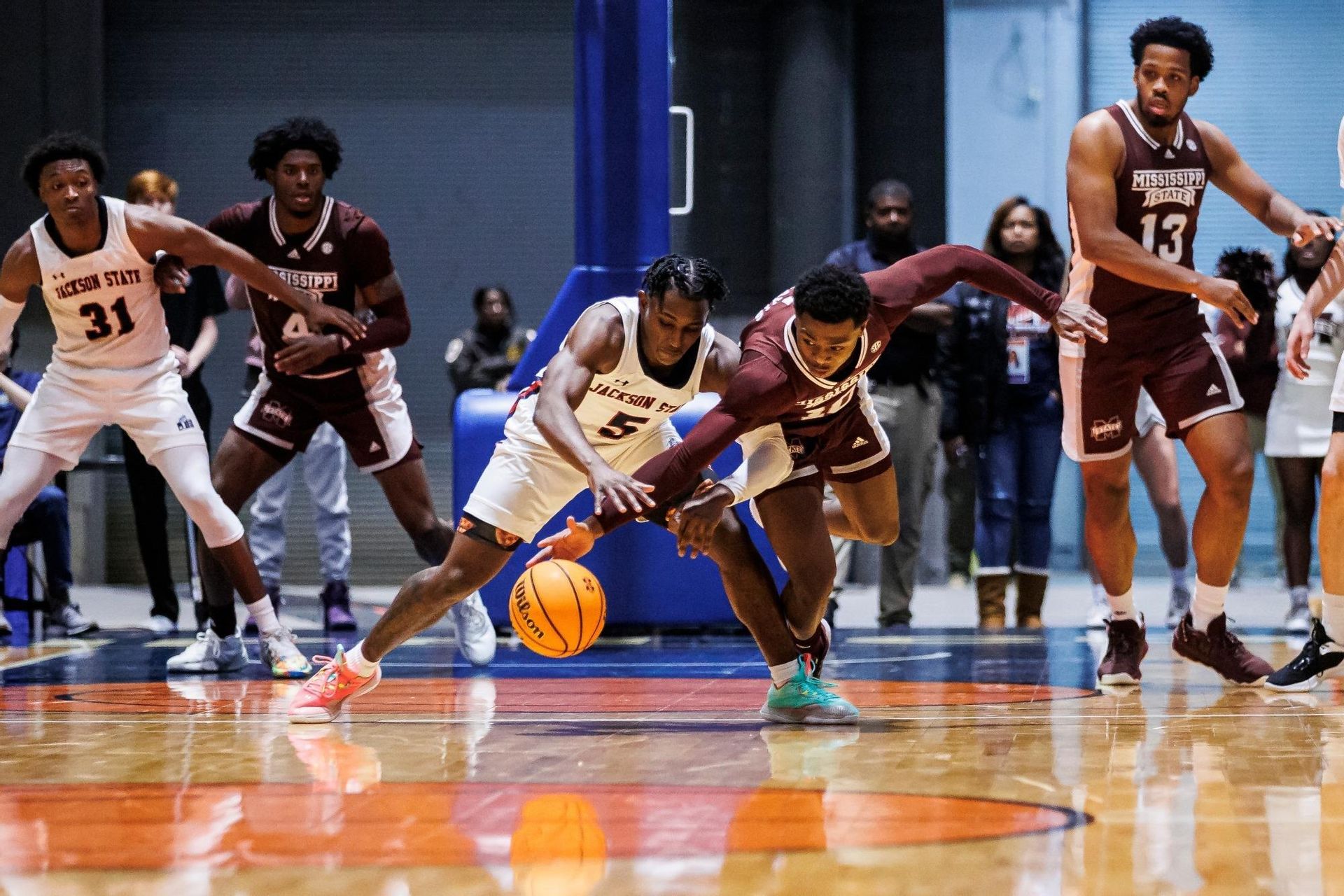 Mississippi State cruises through Jackson State for another win

Mississippi State gave Jackson State their third consecutive loss in a 69-59 contest at Mississippi Coliseum on Wednesday evening. The Bulldogs got off to a good start, going into halftime with a 31-26 lead. They then continued to outscore the Tigers 38-33 in the second half to come away with the victory.

D.J. Jeffries led the way for Mississippi State, putting up 15 points to go along with five boards. It wasn’t just Jeffries though, the Bulldogs’ offense was humming on all cylinders, pouring in 1.05 points per possession on 47% shooting from the field. The transition game was a big factor to their success, 24 of the team’s points came on the fast break.

Coltie Young recorded 23 points and five rebounds to lead the way for Jackson State. As a team, the Tigers shot 23-of-50 from the field and 7-of-18 from three. That contributed to their average of 0.92 points per possession and 53% true shooting, which wasn’t enough to secure the win.

These teams will have little time to prep for their next test, as each plays next on December 17. Mississippi State takes on Nicholls State, while Jackson State squares off with Texas Tech. The Bulldogs will look to stay undefeated. On the other side, the Tigers will try to turn things around.

Mississippi State cruises through Jackson State for another win

75
The Latest in HBCU Sports and Culture