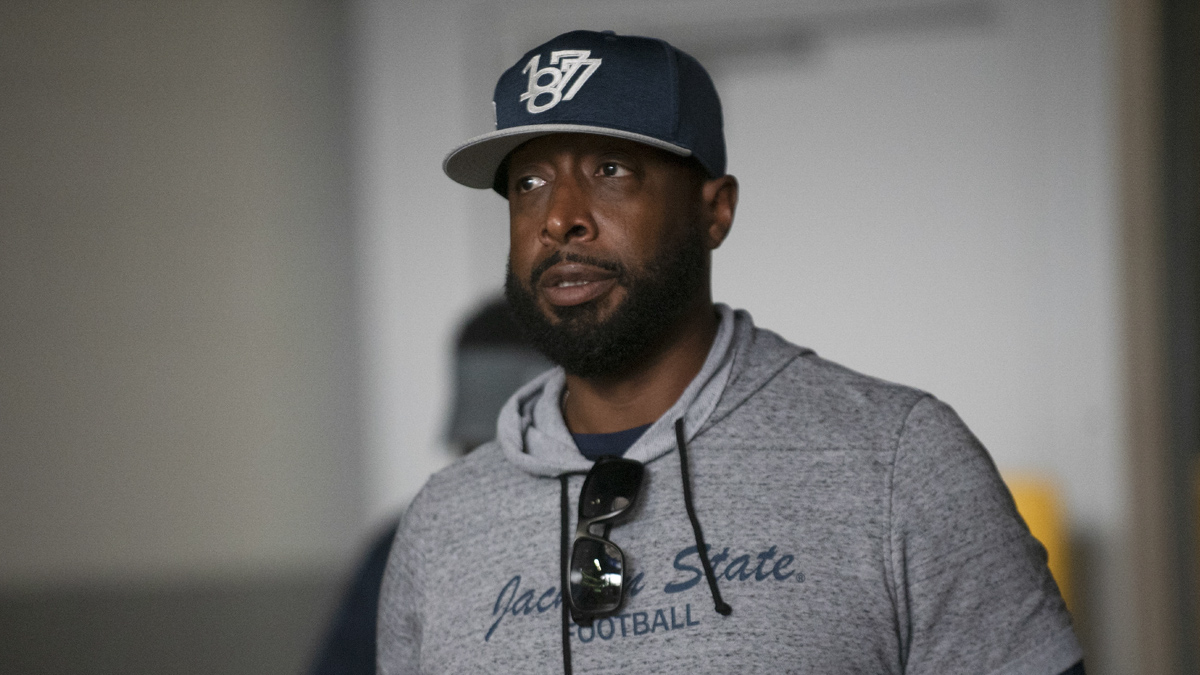 Jackson State assistant T.C. Taylor is expected to take over for Deion Sanders at Jackson State.

It looks like Jackson State has found its successor to Deion Sanders — and it didn’t have to look far.

JSU assistant coach T.C. Taylor is expected to be named the program’s 22nd head football coach this week, possibly as soon as Tuesday, according to Football Scoop sources.

Taylor — the lone holdover from Sanders’ predecessor John Hendrick — has served as the program’s wide receiver coach this season as the team is currently 12-0. He spent part of the 2021 fall season as JSU’s play caller as it went 11-2, claiming the SWAC title.

Sanders has repeatedly endorsed Taylor since he told his team he was taking the Colorado job less than an hour after winning the SWAC title.

Taylor is a Jackson State alumnus who started his career at quarterback before converting to receiver. In just 19 games as a receiver, he amassed 188 catches for 1,793 yards. As a senior at Jackson State, Taylor broke the JSU single-season record with 84 receptions for 1,234 yards and 11 touchdowns.

After a brief professional career, Taylor started his coaching career at Coahoma Community College in Clarksdale, Miss. From there he spent a pair of seasons at Texas Southern University as wide receivers coach and recruiting coordinator.

From 2014 through 2018, Taylor was an assistant at North Carolina Central. NCCU won at least a share of three consecutive MEAC titles as Taylor served as quarterbacks coach and offensive coordinator. He tutored quarterback Malcolm Bell, who went on to