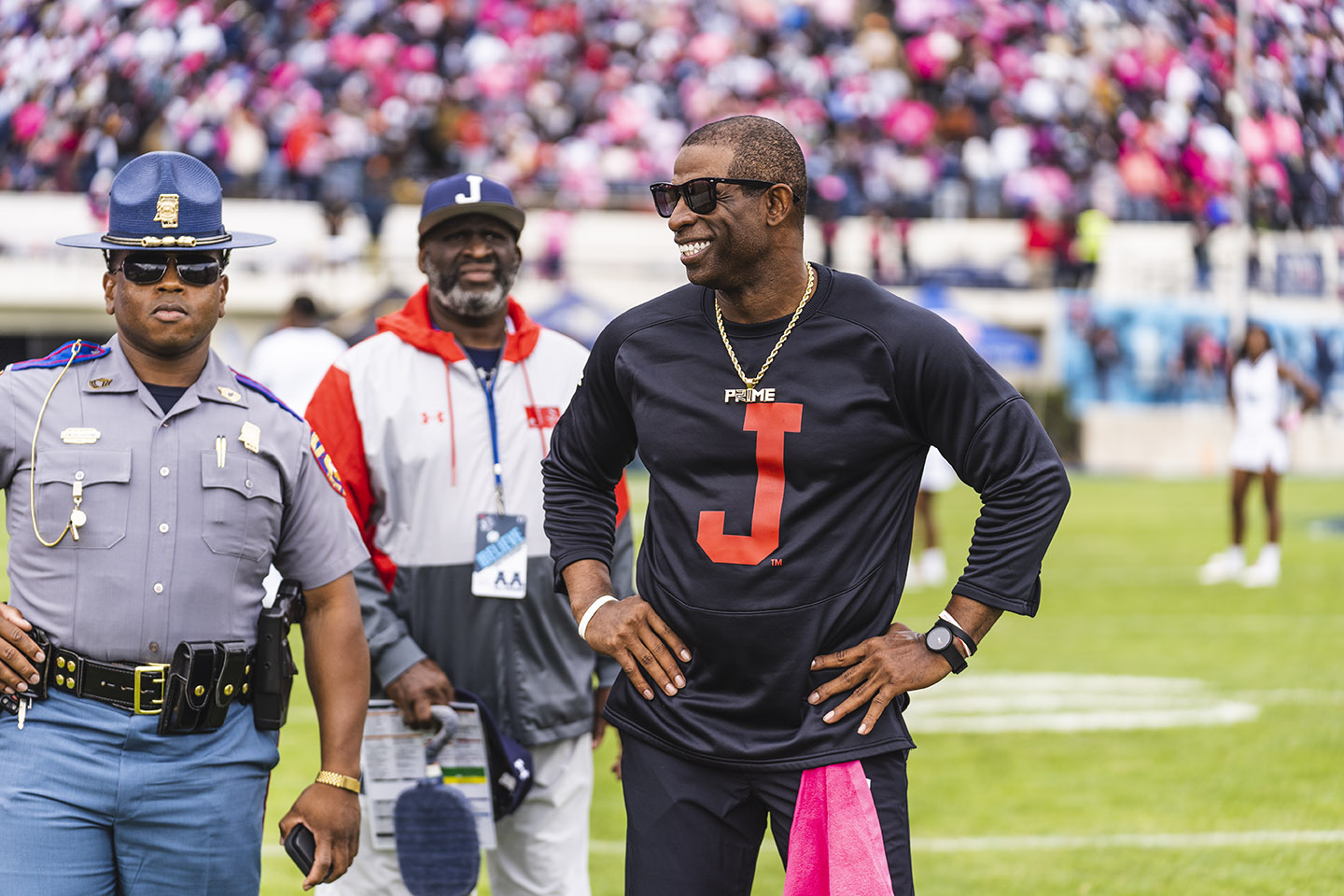 The Pac-12 commish says he was waiting on Deion Sanders to arrive before TV negotiations.

The arrival of Deion Sanders at Colorado was highly anticipated — not only on its campus — but in the Pac-12 office.

Pac-12 conference commissioner George Kliavkoff didn’t try to hide his excitement about Sanders becoming a part of his conference.

“He is a proven, winning coach. I don’t think calling it an ‘experiment’ is fair. For me, it’s another example of our schools making an investment on football and getting an immediate return on that investment.”

Beyond that, the commissioner sees dollar signs with Deion Sanders at Colorado when it comes to the league’s upcoming media deal. His comments also suggested that the conference office knew of the deal before it was announced following Jackson State’s win in the SWAC Championship Game.

“We knew some other information was coming, including the announcement of Coach Prime. Why would we do a media deal before that? … He absolutely adds value to the league.”

The addition of Sanders at Colorado comes at a time when the conference as a whole could use some good news. Earlier this year cornerstone members Southern California and UCLA announced they would be bolting the league for the Big Ten. Clearly adding Sanders to the league doesn’t outweigh the loss of two of its titans, but for a league looking to re-cement its Power Five status, every little bit helps.

Perhaps the bigger question is just how long the Pac-12 commissioner knew that Deion Sanders was joining his league? News of Sanders’ offer leaked out in late November, and Sanders confirmed he had it the week of the SWAC Championship Game.

In any event, the Pac-12 head honcho is hoping he can make the most off of Coach Prime’s buzz before he’s “elevated or terminated.”