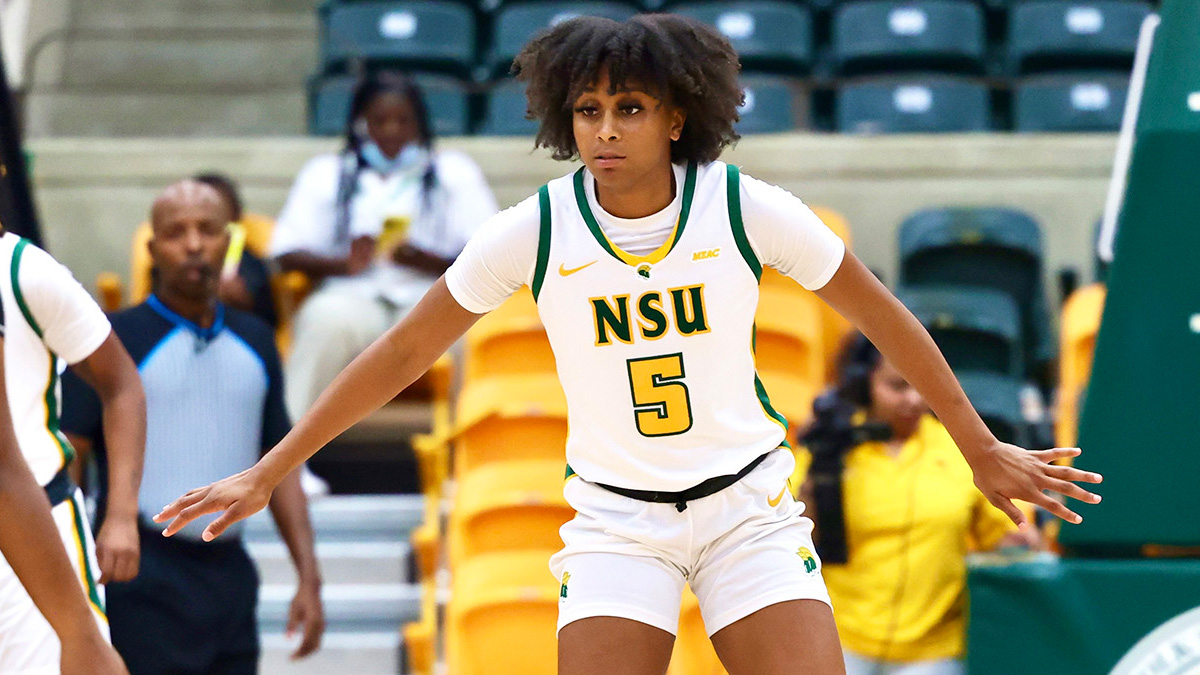 Norfolk State women took care of business against Hampton, handing its long-time rival a loss in the Battle of the Bay.

Norfolk State gave Hampton their fourth consecutive loss in a 65-56 contest at Joseph G. Echols Memorial Hall on Thursday evening. It went into halftime with a 35-24 lead and was able to hold off the Lady Pirates for the final 20 minutes.

Camille Downs led the way for Norfolk State, putting up 21 points. As a team, the Spartans shot 40 percent from the field, 27 percent from behind the arc, and 63 percent from the free throw line. They secured the win despite only scoring 0.88 points per possession on 48 percent true shooting. Deja Francis added 16 points for NSU, which improved to 8-1 on the season.

Madison Buford recorded 17 points and seven rebounds, and Nylah Young added another 12 points to lead HU. As a team, the Lady Pirates struggled to get things going offensively, scoring just 0.77 points per possession on 30% shooting from the field. They were heavily challenged near the hoop, going just 10-of-29 on field goal attempts in the paint.

Norfolk State showed once again that it is a dangerous team. It plays next on Dec. 3 in a matchup with NJIT. On the other side, HU’s struggles continue. The team can’t seem to stop the losses from piling up. The team will look for redemption in its next game against Saint Peter’s, who is struggling as of late. That game is on Dec. 8.