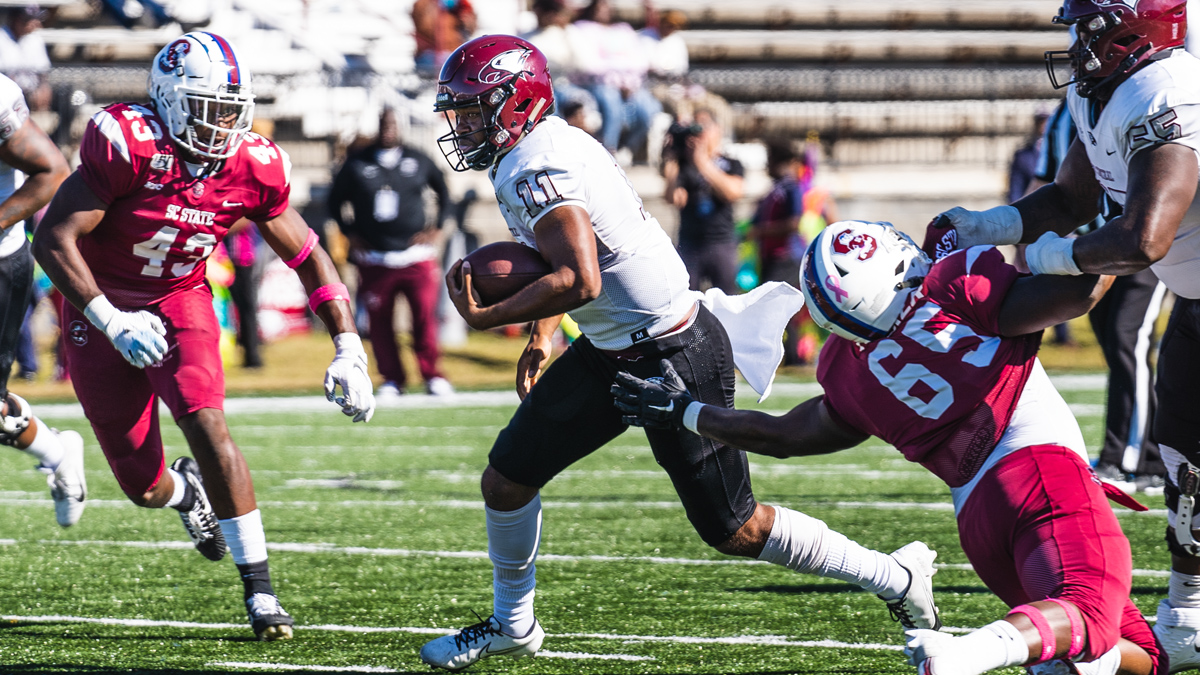 HBCU Gameday Football Poll: Top four have a lot to play for

Jackson State has been joined by two other HBCU football programs in the national polls as the season draws to a close.

As the inaugrual season of the HBCU Gameday Staff FCS Football poll comes to a close, Jackson State is still on top. But it has company nipping at its heels.

Jackson State is once again the top representative amongst HBCUs in the national polls, staying ranked at no. 5 in the American Football Coaches Association Poll. It has remained as the no. 1 team in the HBCU Gameday Staff FCS poll from start to finish.

But it now has some company in the national poll as North Carolina Central and Florida A&M have found their way into the poll.

FAMU, winners of eight games in a row, have moved into the 24 spot in the nation. This week it will take on rival Bethune-Cookman in a game that could make or break its FCS playoff ambitions. We listed FAMU as a program that could potentially find itself in the top 25 at some point this season, and it has finally arrived.

NC Central sneaks in the coaches’ poll for the first time after clinching at least a share of the MEAC title and a berth to the Celebration Bowl. It will travel to face Tennessee Tech on Saturday.

North Carolina A&T is fourth in our poll as it prepares to travel to Gardner-Webb with a Big South title hanging in the balance. A win would put it in the FCS playoffs, while a loss would likely keep it from getting an at-large bid.

HBCU Gameday Football Poll: Top four have a lot to play for