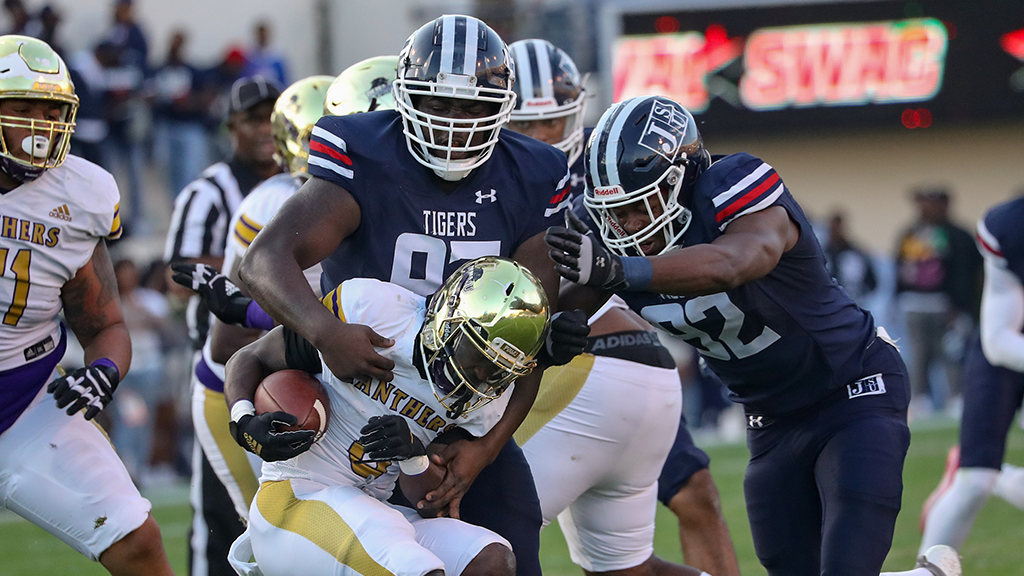 All Prairie View A&M needs is a win Saturday in its finale at Miss. Valley State to claim the SWAC West Division title and a repeat trip opposite E. Div. winner Jackson State to the Dec. 3 SWAC championship game. If the Panthers falter Saturday, it opens the door to three other W. Div. teams.

Or, it could take longer.

Prairie View A&M (6-4) currently leads the West race with a 5-2 record headed into the final week of its regular season. Should first-year head coach Bubba McDowell and the Panthers win their regular season finale Saturday (1 p.m.) at Mississippi Valley State (1-9, 1-6 E), the race is over. Prairie View will win the SWAC West Division title.

That would set up a repeat match up of Jackson State and Prairie View A&M in the title game.

The same two teams met in the 2021 championship game with JSU coming out with a 27-10 win. Eric Dooley, who is the new coach at Southern, was Prairie View’s head coach last season.

Should Prairie View falter against the 1-9 Delta Devils however, several scenarios come into play. Southern (6-4), Alcorn State (5-5) and Texas Southern (5-5) are just a game behind Prairie View with 4-3 league records. If Prairie View loses to MVSU and any or all of those three win their finales, a number of tie-breaking procedures are triggered.

As strange or ironic as it may seem, a Prairie View loss means either of the other three could come away with the championship game berth with a win in their finale.

Southern is off this week before facing rival Grambling State next Saturday (Nov. 26) in their traditional season-ending Bayou Classic at the Caesar’s Dome in New Orleans (1 p.m.).

But if the Panthers lose, the title game berth may not be decided until next Saturday’s (Nov. 26) game between Southern and Grambling State.

The SWAC office has issued a breakdown of the tie-breaking procedures.

There are different provisions depending on if two, three or more teams are tied. In each case, the first tie-breaking procedure is head-to-head competition between the tied teams.

Ready to get dizzy?

Here is the breakdown of head-to-head games involving the four schools.

Texas Southern (2-1) lost to Prairie View but has wins over Southern and Alcorn State.

Remember, there is no tie or tie-breaking procedure if Prairie View wins on Saturday. But in the unpredictable SWAC, anything can happen.

Based on our reading of the tie-breaking procedures, here’s our stab at how things could unfold.

Prairie View could also earn the berth: In a two-way tie with Texas Southern based on the Panthers’ 40-23 win over TSU.

Alcorn State earns the berth: In a two-way tie with Prairie View based on the Braves’ 23-16 win vs. the Panthers.

Southern earns the berth: In a two-way tie with Prairie View based on its 45-13 win over the Panthers.