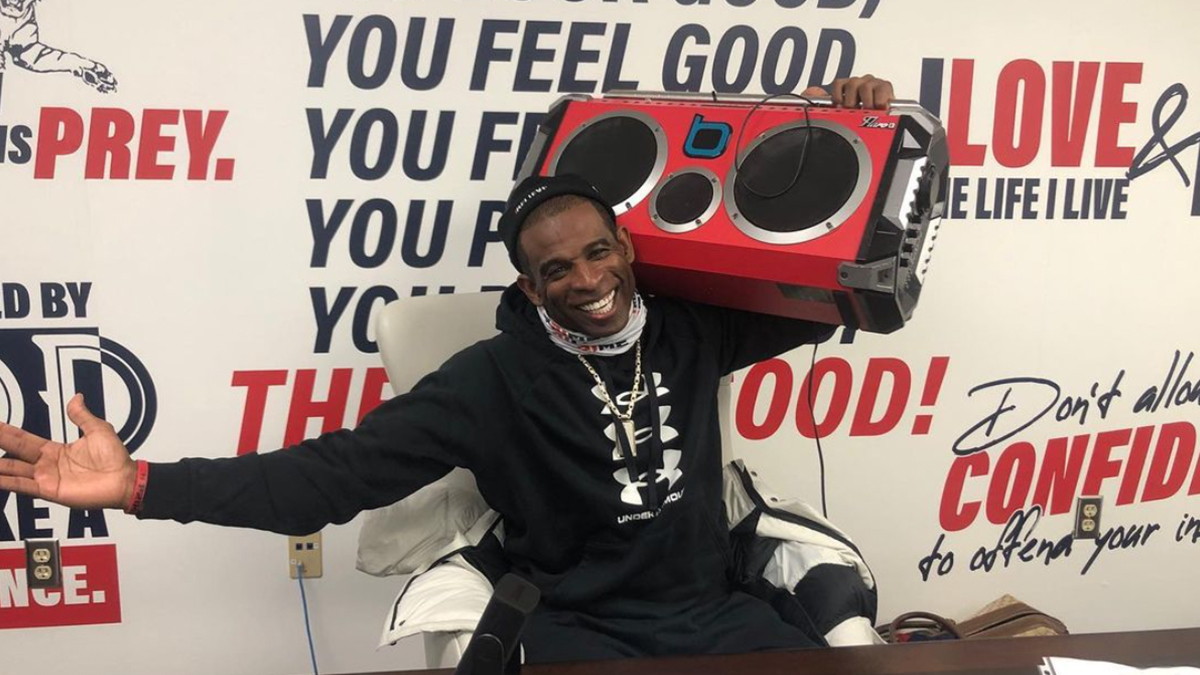 Deion Sanders gets his boombox back

One day after having his prized boombox stolen in Jackson, Mississippi, Deion Sanders now has it back in his possession. And he’s pretty “durn’ happy.

Deion Sanders has his boombox back.

The Jackson State head football coach posted a photo of him holding up a large, red boombox on his instagram account Tuesday afternoon. That came roughly a day after he posted on the same platform that his car was broken into and an item of sentimental value was taken from him.

Walking the grounds of Mississippi Veterans Memorial Stadium after practice on Monday, Sanders said his black Ford F-150 was broken into.

“A white suburban came at 5:37 A.M., and broke the window out,” Sanders said on an Instagram TV video. ‘And stole this boombox that one of my dearest friends gave me as a gift. And I’m a little disturbed because the boombox has a sentimental value.”

Sanders said that recovering the boombox was very important to him.

“I want that boombox back. I don’t give a durn about the Suburban, about the window— we can always get that replaced. Even the material things, but it’s just the principle of it,” Sanders said.

After Deion Sanders took the Jackson State job, he expressed a desire to have an impact further than Jackson State’s football team or its campus. He told David Banner on his “21st and Prime” show that he hopes his program influences the crime rate to go down, among other things.

He also said he wanted to bring the Jackson community together — including “the streets.” Sanders appealed to them for help getting his beloved boombox back on Monday afterrnoon.

Sanders post Tuesday afternoon didn’t confirm whether or not it was “the streets” that brought it back or not. But, surely, Sanders will tell us in due time.

Deion Sanders gets his boombox back