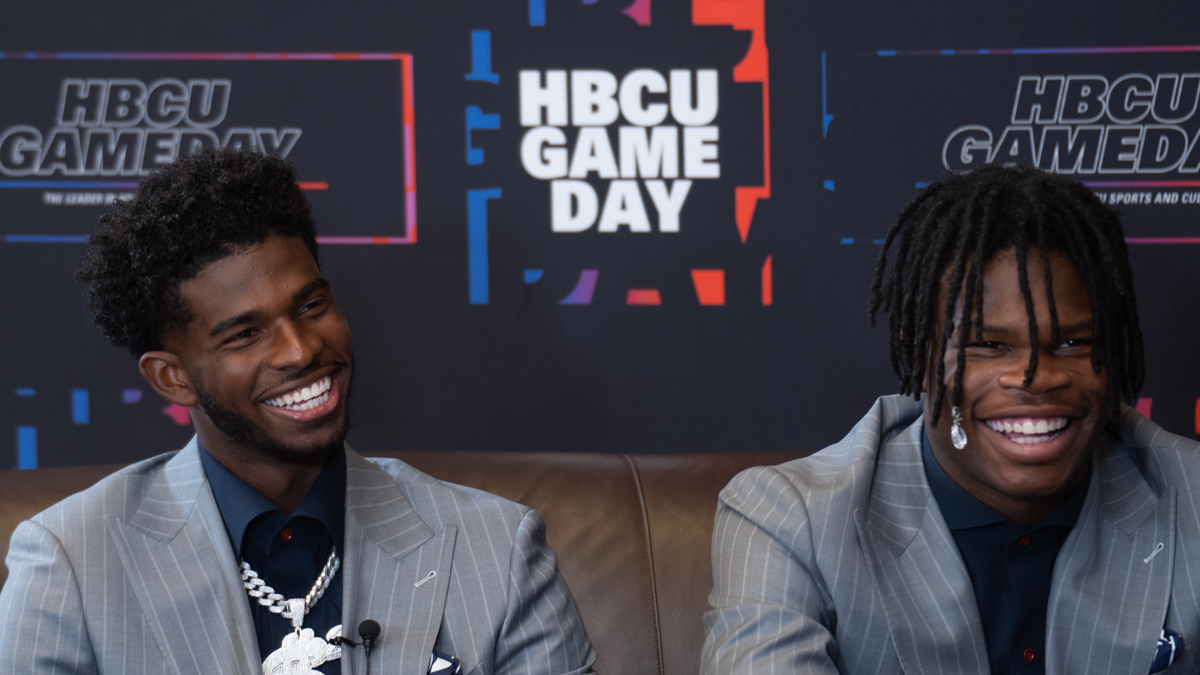 Travis Hunter, Shedeur Sanders and Shilo Sanders are now on a new team together. No, they aren’t leaving Jackson State, they are joining Actively Black.

Actively Black, is a black-owned apparel company that has agreed to NIL Deals with Deion Sanders’ two youngest sons and his prized five-star recruit. The deal was announced on Wednesday morning.

“My goal in coming to JSU was really to inspire the next generation and shine a light on undeniable talent at HBCUs and within our own communities,” Shedeur Sanders said in a statement. “That’s why this partnership with Actively Black is so important, it just reinforces my purpose. I couldn’t be happier about working with Lanny and the Actively Black crew. It’s going to be amazing.”

This deal comes on the heels of Shedeur Sanders’ recently announced NIL Deal with Tom Brady’s company. He is also a representative for Beats By Dre.

Actively Black’s founder is Lanny Smith, a former University of Houston standout and NBA player. It defines itself as a premium athleisure wear brand built to uplift and re-invest back into the Black community.

“Mainstream brands have long reaped the benefits from Black talent, culture and style without recirculating dollars back into the communities they profited from,” Smith said in a statement. “At Actively Black, we are forging new pathways to serve as a blueprint for Black communities to thrive. Travis, Shedeur and Shilo made history with their decision to disrupt the status quo and bring their exceptional talents to Jackson State University.”

In landing Sheduer Sanders, Shilo Sanders and Travis Hunter, Actively Black has landed three of the top 100 valued college student-athletes according to On3.com. Shilo Sanders has an NIL deal with Porshe while Travis Hunter has multiple-deals, including one with Michael Strahan Brand as well as with Greenwood, a black-owned financial service company.