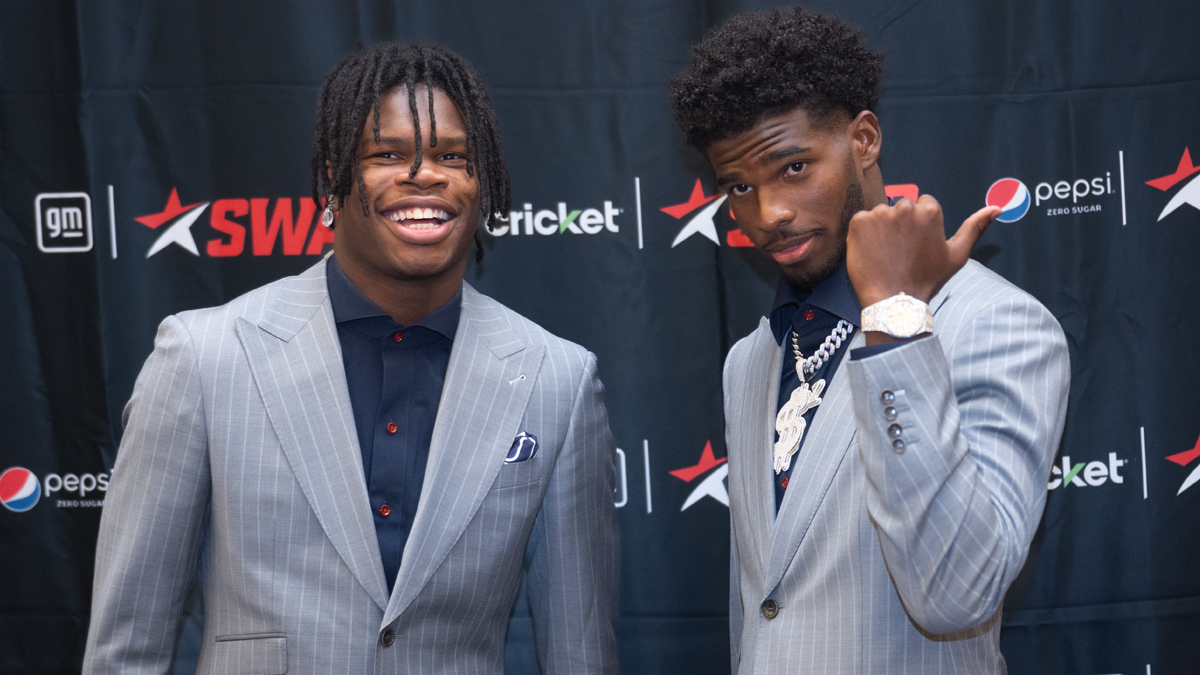 Shaqir O’Neal plus Shedeur Sanders and two of his Jackson State teammates are the most valuable NIL HBCU athletes according to index.

When it comes to HBCU athletes and the NIL (name, image and likeness) marketplace, Shaqir O’Neal and Shedeur Sanders have the highest value at the moment.

That’s according to the latest numbers from On3NIL.

The index uses the following information to evaluate what a student-athlete’s endorsement is worth: Social media following and engagement are one component. Athlete data, achievements, performance, and media sentiment are another. Endorsement deals, opportunities, and collectives round out the calculations.

The top spot on the list goes to rising senior LeBron James Jr., AKA Bronny James. James’ valuation is set at $6.4 million. He hasn’t committed to a college yet, but HBCUs North Carolina A&T and North Carolina Central are listed under his status, meaning the website thinks they are possible landing spots for him. Both programs offered Bronny James as a freshman.

The highest-ranked HBCU athlete on this list is Texas Southern swingman Shaqir O’Neal. O’Neal, of course, is the son of basketball Hall of Famer Shaquille O’Neal. Shaqir redshirted for TSU last season as it won the SWAC title and another First Four game in the NCAA Tournament. His value, according to the website, is $1.4 million. Ironically, he’s only the second highest rated athlete from his family on this list as his brother, Shareef, is ranked sixth on the list thanks in heavy part to his nearly five million social media followers.

Shedeur Sanders is ranked 18th overall on the NIL list, and 11th amongst college football players. Being the youngest son of Deion Sanders certainly doesn’t hurt, but Sanders has performed at a high level since high school. A four-star prospect at Trinity Christian, he was headed for Florida Atlantic until his father took the job at Jackson State. All he did last year was win the Eddie Robinson Award for Freshman of The Year in the FCS and the HBCU Gameday FCS Offensive Player of The Year. His valuation is listed at $829k.

Next on the list is Sanders’ teammate, Travis Hunter. The top prospect in the 2022 recruiting class, Hunter has a combined 1 million followers, which have helped him land at the no. 43 spot on the NIL list with an estimated value of $570k. He recently signed an NIL deal with Greenwood, an online banking platform that focuses on Black and Brown individuals and businesses.

Rounding out the list of HBCU names on the NIL list is Shilo Sanders. The defensive back is ranked 72nd overall on the top 100 list. He was an SEC-level prospect coming out of high school and landed at South Carolina before transferring to play for his father at Jackson State.