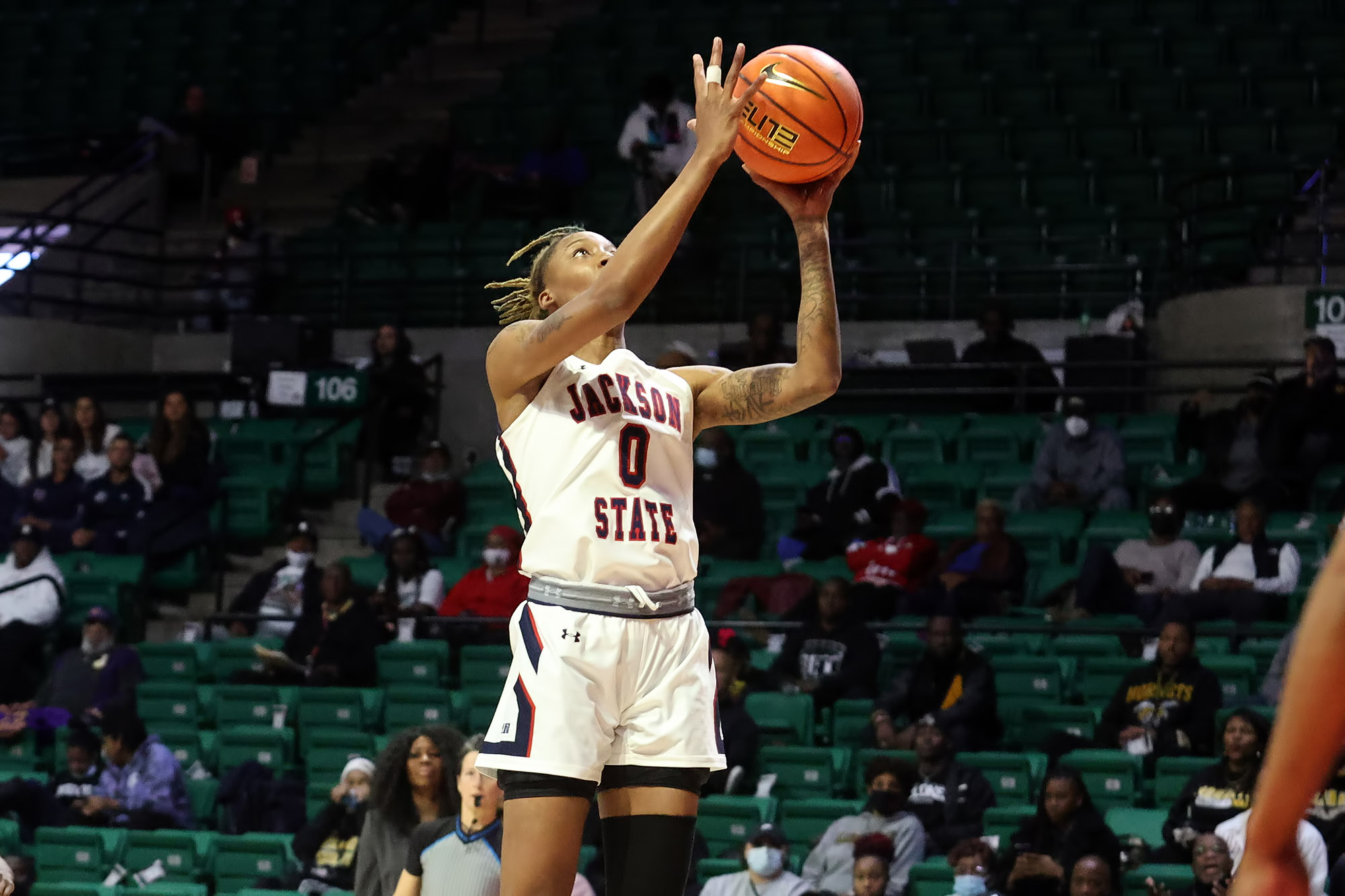 The SWAC women’s basketball predicted finish and Jackson State is looked at as the leader.

BIRMINGHAM, Ala.- The Southwestern Athletic Conference announced its 2022-23 Women’s Basketball Predicted Order of Finish and Preseason All-SWAC teams and individual award winners during the league’s virtual media day event on Monday morning. The all-conference honors and preseason poll was voted on by the league’s head coaches and sports information directors.

Jackson State was tabbed as the favorite heading into the 2022-23 season. The Lady Tigers were followed by Alabama State (2nd), Southern (3rd), Alabama A&M (4th) and Arkansas-Pine Bluff (5th) to round out the top five preseason poll selections.

Green completed her debut season in the SWAC last season after arriving at UAPB from Texas A&M. She was a key contributor for the Lady Golden Lions as she finished the season ranked sixth in scoring with an average of 16.4 points per game, sixth in rebounding with a total of 201, fifth in steals with a total of 54, and third in assists (5.0 apg).

Woodard completed her debut season with JSU ranked seventh in rebounding (7.4 rpg) and eleventh in blocks (24). She also registered a total 23 steals and 16 assists last season. The Lady Tigers claimed the 2022 SWAC Women’s Basketball Tournament Championship title as they advanced to the first round of the NCAA Tournament where the team fell short of a historic win against LSU.

The complete list of the preseason poll rankings and all-conference selections and individual awards winners is listed below.

Preseason Player of the Year