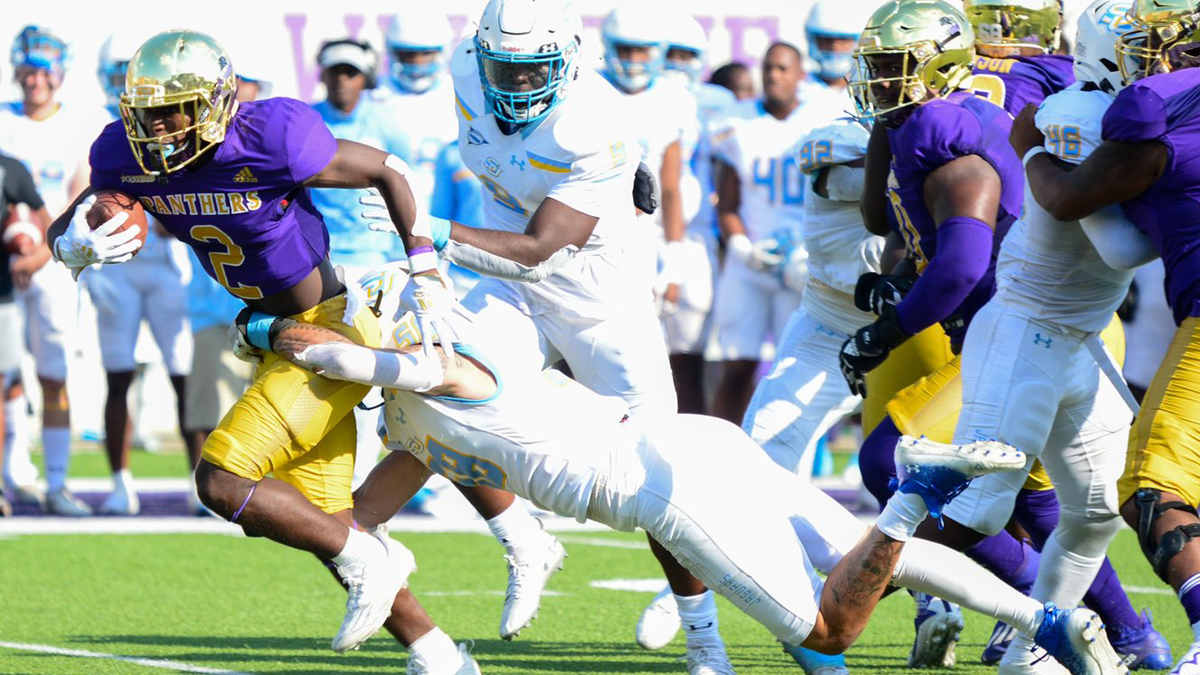 The SWAC has issued its judgement following the Southern-Prairie View brawl.

BIRMINGHAM, Ala.- The Southwestern Athletic Conference (SWAC) has announced multiple student-athlete suspensions and institutional fines stemming from the pregame altercation that transpired between the Southern University and Prairie View A&M University football teams on Saturday, Oct. 8.

A total of 21 student-athletes (eleven from Southern and ten from Prairie View A&M) have been suspended for one-game for their respective involvement in the altercation. The student-athletes were not named in the conference’s release.

After conducting a comprehensive investigation, it was determined that the student-athletes involved in the altercation violated the league’s code of ethics/conduct by committing acts of unsportsmanlike conduct.

The Southwestern Athletic Conference upholds an extremely high standard of good sportsmanship and does not condone unsportsmanlike behavior. We will continue to work diligently to provide our member institutions with the necessary guidance and resources to support good sportsmanship and healthy competition at all times.

Ironically, both programs are set to play non-SWAC opponents this week. Prairie View A&M (3-3) will take on Lamar. Southern University will host Virginia-Lynchburg for its homecoming game in Baton Rouge.