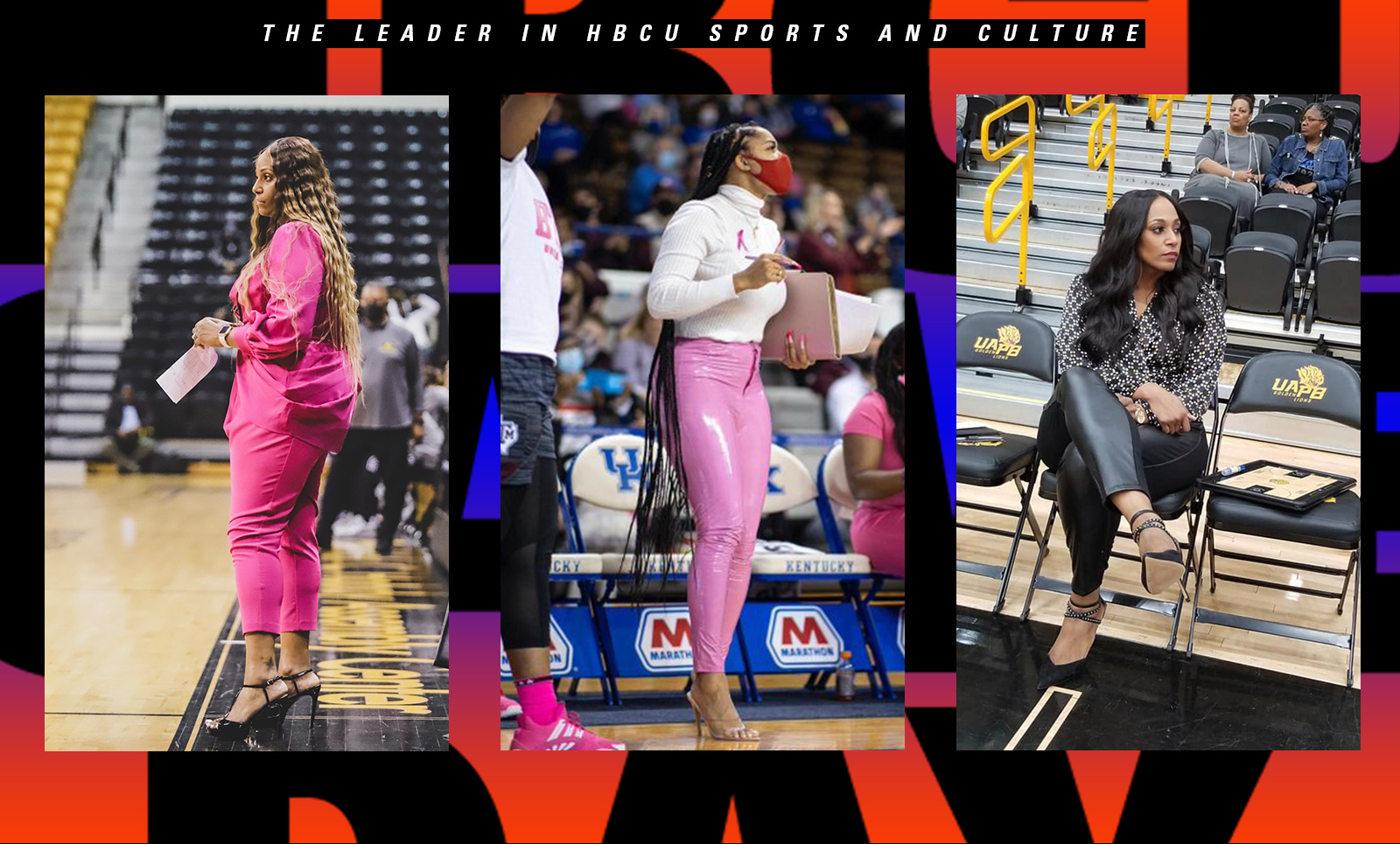 Arkansas-Pine Bluff coach Dawn Thornton knows exactly what Sydney Carter has experienced over the past week.

The Texas A&M assistant was simply standing on the sideline, minding her businesses and helping coach her team when she became a lightning rod for conversation. More precisely — her outfit became the subject of social media commentary about the “appropriateness” of her attire, which consisted of a white turtleneck and hot pink leather pants.

It is something that Thornton and many other coaches that look like her have had to deal with at one time or another.

Thornton remembers someone attempting to police her outfit when she was coaching at Prairie View A&M.

“I remember about eight years ago when I was coaching and I got a phone call from another one of my former colleagues — a black female —  and she had a conversation with me about the way that I dress on the sideline,” she told HBCU Gameday. “And immediately I was offended by it because for me, she was like, coach you’re tall and you got curves. Sometimes you just got to pick and choose what you wear.”

Standing 6’2 and often wearing four-to-five inch heels, Thornton definitely stands out on the sidelines. While she didn’t like what was said to her, she says she attempted to conform — but it didn’t last long. She says after a month, she went back to dressing the way she wished.

“I’m going to be me,” she said. “I’m the diva coach. That’s who I am. That’s who I’ve always been, and nobody is going to put me in a box. You do things respectfully. We are who we are. We always talk about our black is beautiful, you know, we have to protect each other.”

So what did she think about the ensemble that Sydney Carter shook the internet with?

“She looked she looked amazing,” Thornton said. “How can you police a young, upcoming, vibrant coach? It was fitting for her age, and she’s completely covered. I mean, what more? What more do you want?”

Another HBCU women’s coach told HBCU Gameday she was reprimanded early in her career after she forgot to wear stockings with her dress.

In addition to the hot-button topic, we talked about her team, the evolution of SWAC basketball and balancing being married to another coach — Grambling State defensive coordinator Cedric Thornton.

Listen to the full podcast below.