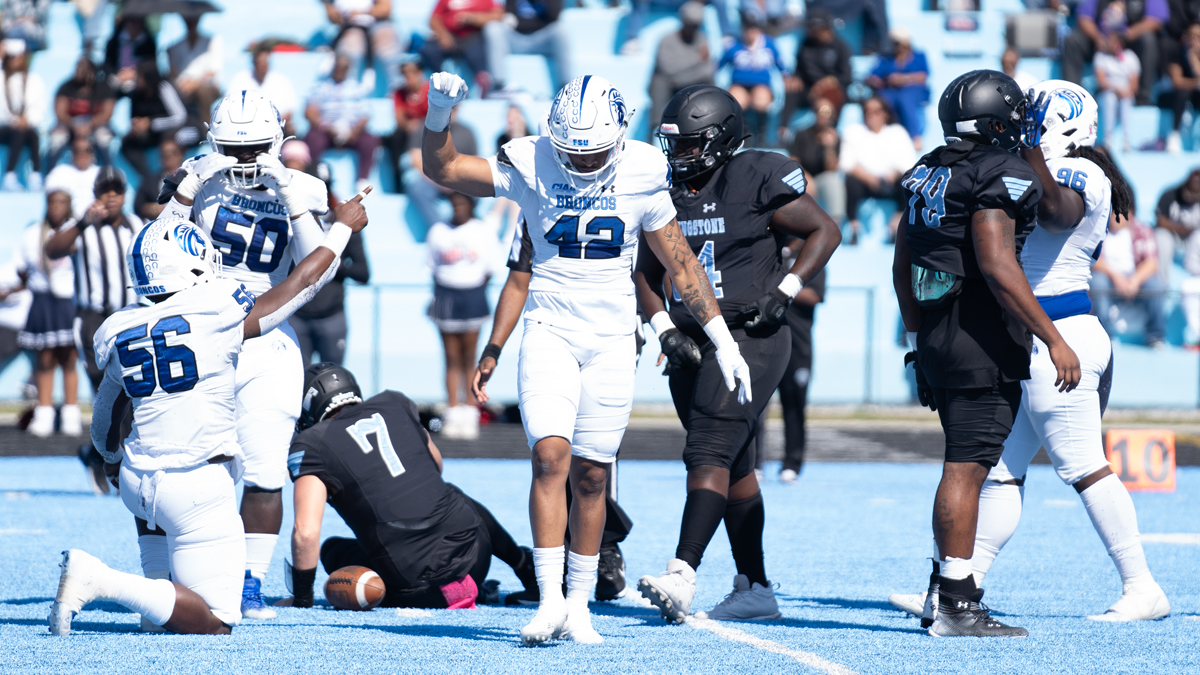 SALISBURY, NC — Fayetteville State made itself right at home on Saturday as it trounced Livingstone College during its homecoming game.

FSU scored early and often on Saturday, coming away with a 44-7 win over its CIAA South rival. It improves to 5-2 on the season, 4-1 in CIAA play.

Elliot would find the end zone another time in the first half with an eight-yard run to lift his team to a 28-7 lead before the extended homecoming halftime.

The Broncos dominated all sides of the ball, but particularly at the line of scrimmage. They recorded eight sacks against the Blue Bears, and forced them into three turnovers. Cameron Merrell led the way with seven tackles, 1.5 sacks and two tackles for loss in a dominant effort.

Fayetteville State used a three-pronged quarterback attack against Livingstone, completing 14 of 21 passes for 201 yards and one interception. Redshirt freshman Caden Davis led the team in rushing with 90 yards, 63 of them coming on one run. K’hari Lane scored on quarterback sneak for the final touchdown of the game. FSU heads to Charlotte next weekend as it will take on Johnson C. Smith for its homecoming.

Livingstone was limited to just 168 yards of offense on 70 plays for an average of 2.4 yards per play. The loss dropped it to 2-5 on the season.