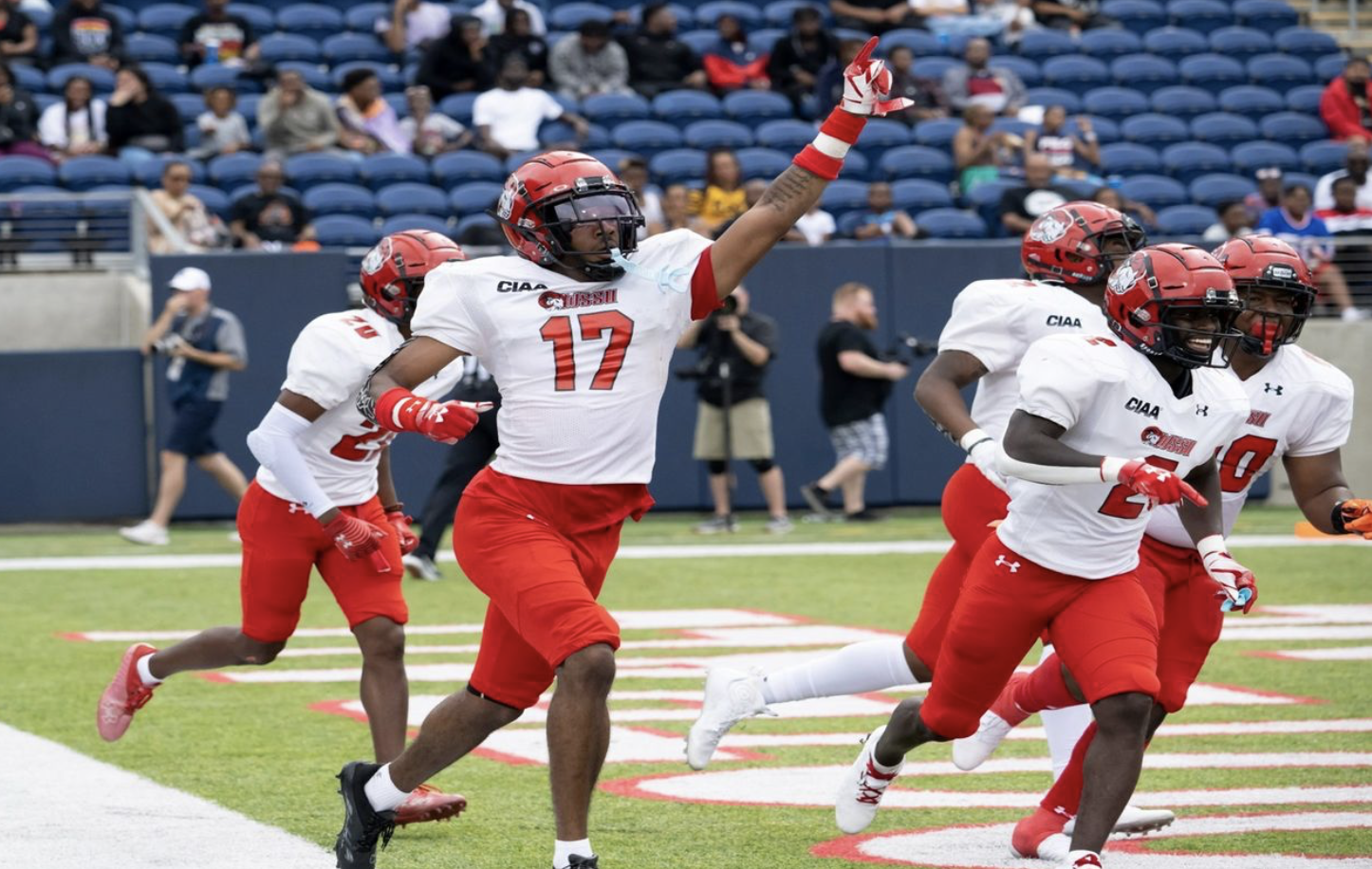 After going winless on the road and losing their Homecoming, Winston-Salem State gets its first win

The Rams (1-5, 1-3 CIAA) hadn’t played a home game all season. The one that they were supposed have played by now, a Homecoming contest against Lincoln University on Oct. 1, was cancelled because of a threat posed by the remnants of Hurricane Ian. So after five road losses, WSSU finally set foot on Bill Hayes Field at Bowman-Gray Stadium and held off Shaw (2-5, 2-3 CIAA) in the fourth quarter for a 17-10 victory in the Central Intercollegiate Athletic Association.

The game also marked the first victory for head coach Robert Massey, who was elevated this season from his interim role.

It took a special teams play to pull off the victory, and the Rams produced it in the third quarter. Shaw sophomore kicker Devin Versteegen had his 31-yard field goal attempt blocked. Will Blackstone scooped it tip and raced 68 yards for the touchdown with 10:19 left in the third quarter.

Winston-Salem State had a lead, and the defense made it stand up in the fourth quarter.

With Shaw in possession at the start of the fourth quarter, quarterback Patrick Blake was sacked on a third-and-5 at his own 48. The Rams then forced successive three-and-outs, but couldn’t maintain its last possession, giving the Bears one more chance.

A 16-yard pass from Blake to Elliot Dangerfield Jr. on a fourth-and-10 from his own 12 kept hope alive for the Bears. A penalty on the Rams moved the ball to the Winston-Salem State 33, but Blake was sacked for a 12-yard loss and the clock ran out.

Winston-Salem State’s other touchdown came on a 1-yard run by Nichol Jackson with 11:52 left in the first half. Ivan Caro kicked a 22-yard field goal for the Rams late in the first quarter after a Torrin Campbell pass was intercepted by Octav McLaurin and returned 22 yards to the Shaw 1. Despite having first-and-goal, the Rams was called for delay of game. Two runs produced nothing and a third-down pass missed.

Jackson completed five of 12 passes for 54 yards, although 34 of those yards came on one play.

Versteegen kicked a 42-yard field goal to start the Bears’ scoring in the second quarter, and Blake hit Jahquel Webb on a 12-yard scoring pass with 29 seconds left before halftime to tie the score. Blake was 17 of 26 for 147 yards with an interception.

The Winston-Salem State victory ended a three-game losing streak in the series, dating back to 2017. Shaw has lost its last three games.