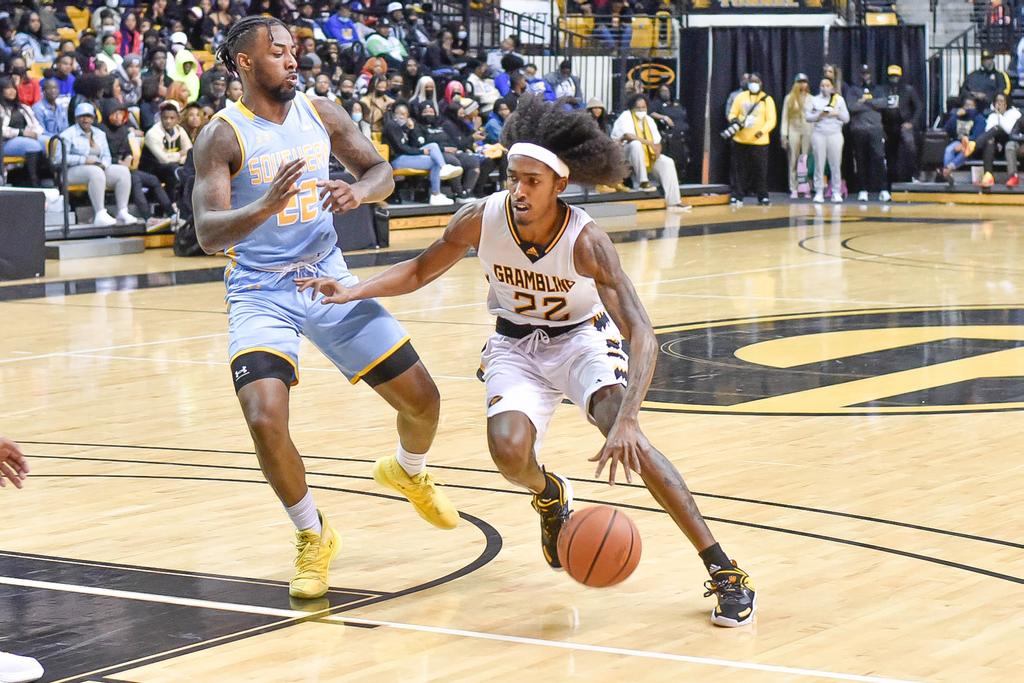 NEW YORK, Oct. 14, 2022 – The Grambling State University and Southern University men’s basketball
programs have been selected to play in the NBA HBCU Classic 2023, the NBA today announced. The
Southwestern Athletic Conference matchup will take place on Saturday, Feb. 18 at 4 p.m. ET/2 p.m. MT
at the University of Utah’s Jon M. Huntsman Center in Salt Lake City as part of NBA All-Star 2023. The
second NBA HBCU Classic will be simulcast on TNT, ESPN2 and NBA TV.

NBA legends Bob Love (Southern alum) and Willis Reed (Grambling State alum) have been named
honorary captains of the 2023 NBA HBCU Classic. Love and Reed will represent their alma maters
leading up to the game.

“My pathway from Southern to the NBA has opened countless doors for me,” said Love. “I am proud to
support the NBA in using the game of basketball to celebrate the rich history of HBCUs and drive
opportunity for the next generation of leaders both on and off the court.”

“I credit my career in part to my time at Grambling State,” said Reed. “The HBCU Classic will provide
what is to most a once-in-a-lifetime opportunity to play on the NBA stage and serve as a platform for
those interested in the business side of the game to gain industry insight and make lasting connections.”
The teams were selected in collaboration with the Southwestern Athletic Conference. The NBA HBCU
Classic continues the league’s ongoing, year-round commitment to advancing educational, career and
economic opportunities in partnership with HBCU institutions as well as increasing support and
awareness for HBCU athletics.

Earlier this year, the NBA hosted its first-ever HBCU Classic as part of NBA All-Star 2022 in Cleveland.
Classic participants Howard University and Morgan State University both received donations of $100,000
to support the student experience. Over the course of the week, 11 HBCU students served as paid NBA
interns across disciplines as part of the league’s HBCU Event Shadow program. During NBA All-Star,
more than $1 million was contributed to support the HBCU community through the Thurgood Marshall
College Fund (TMCF), United Negro College Fund (UNCF) and academic institutions.

This summer, 60 students participated in the league’s inaugural NBA HBCU Fellowship program, which provides career development opportunities in the business of basketball for undergraduate and graduate students from
HBCUs. The NBA family has annually supported HBCUs through additional scholarship programs, business case competitions, mentorship, networking and internship opportunities since the NBA’s involvement in the founding of TMCF more than 35 years ago.

“We are extremely excited and honored to represent Grambling State University at the NBA HBCU
Classic,” said Grambling Vice President for Intercollegiate Athletics Trayvean Scott. “Grambling State is
an iconic name brand. We knew when this opportunity was presented to us, it was the right decision to
not only bring SWAC basketball to the NBA All-Star, but to continue to bring awareness and increased
support to HBCU athletics.”

“I am very excited for our student-athletes, fans, supporters and alumni that we will take part in the
second NBA HBCU Classic during NBA All-Star,” said Southern Director of Athletics, Roman Banks.

“This allows Southern University’s brand to be showcased globally and we appreciate the NBA’s
commitment to supporting our HBCU institutions. We are excited for everyone to see one of the great and
historic rivalries between Grambling State and Southern University and to showcase the excellence and
talent that has come to define student-athletes from the SWAC and HBCUs.”

Tickets for the NBA HBCU Classic 2023 will go on sale in December. To stay up to date on event
information regarding the Classic and NBA All-Star 2023, click here. To learn more about the NBA’s
commitment to HBCUs, click here.