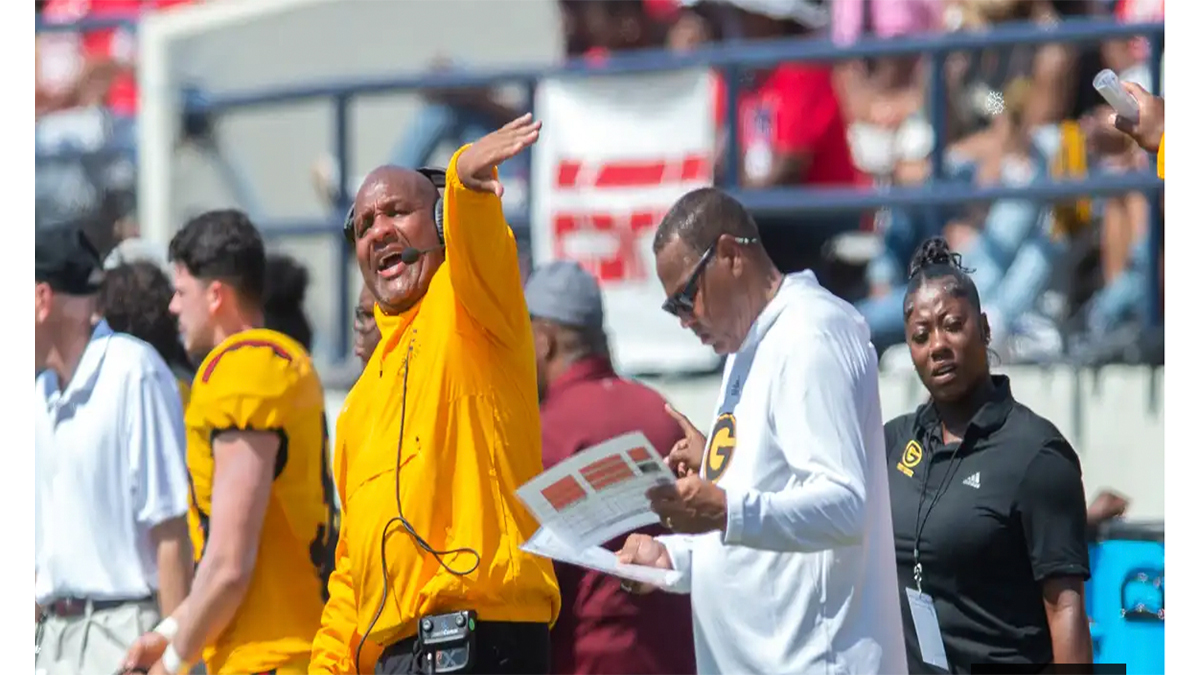 Its seven games into the season before Grambling State and new head coach Hue Jackson get their first home game.

It’s a match up of two of the most storied programs in HBCU football history. In some ways they are going in different directions.

FAMU and Grambling: Then and now

Florida A&M, where legendary coach Jake Gaither presided over a black college dynasty from 1945 to 1969, is on the rise under fifth-year head coach Willie Simmons.

Simmons led the Rattlers to a 9-3 overall record a year ago, 7-1 in the SWAC to earn an FCS playoff berth.

Grambling, where black college icon Eddie Robinson held court from 1941 to 1997, is seeking to rebuild its image under Jackson, the former head coach of the NFL’s Cleveland Browns and Oakland Raiders.

The G-Men finished 4-7 in 2021, 3-5 in SWAC play in their final year under eighth-year head coach Broderick Fobbs.

Jackson and the G-Men are coming off perhaps their best effort in three conference games under Jackson – a 37-31 loss in double overtime at Alabama A&M.

Grambling played three quarterbacks vs. A&M. Freshman Julian Calvez, who started the game, returned on the final drive of regulation to lead the Tigers to a score. The 10-play, 71-yard drive resulted in RB Maurice Washington’s 6-yard run with :29 seconds left to send the game into overtime tied at 24.

Jackson said neither Calvez or juniors Quaterious Hawkins and Chance Amie have established themselves as QB1. Who will emerge will be decided this week in practice.

Jackson also said his team will spend considerable time trying to correct mistakes that led to 11 penalties at A&M, seven of them false starts and two on delay of game.

“That’s something we’re really going to work on this week,” Jackson said. “Penalties are an issue, they have been an issue and we’ve got to get it fixed.”

“We’re in this process,” Jackson said. “We get it. We think we’re really going to change this culture and build this program to where we think it should be.

You know, it’s not easy and some people think things just happen overnight – you turn a switch and it happens. But it takes time.

“I think there’s a total cultural switch that is going on here,” he said. “It’s an organizational realignment that our players are starting to understand at a higher level of how we do things, on and off the field.”

GSU wide receiver Lyndon Rash (18 rec., 351 yards, 3 TDs) is among the SWAC’s top receivers and a weapon Jackson can count on.

Simmons and the Rattlers, after losing their first two games, have won four in a row. They went into Orangeburg, SC and came away with a 20-14 win over MEAC and Celebration Bowl champion SC State last week.

Smith caught five passes for 102 yards including a 63-yard scoring reception, all in the first half. It was Smith’s third 100-yard game of the season.

Simmons says Grambling is playing much better than its record indicates. He just hopes they get it all together after this week.

FAMU rushed for just 54 yards in 30 carries vs. SC State. The Rattlers are currently dead last in the SWAC at just 82.3 rushing yards per game.

“We definitely have got to run it better,” Simmons said. “If we get the running game going, it will definitely open up more opportunities for Smith and the other dynamic wideouts we have.”

The battle between the two HBCU football giants will be the 17th in their history. Grambling leads the series 10-6.