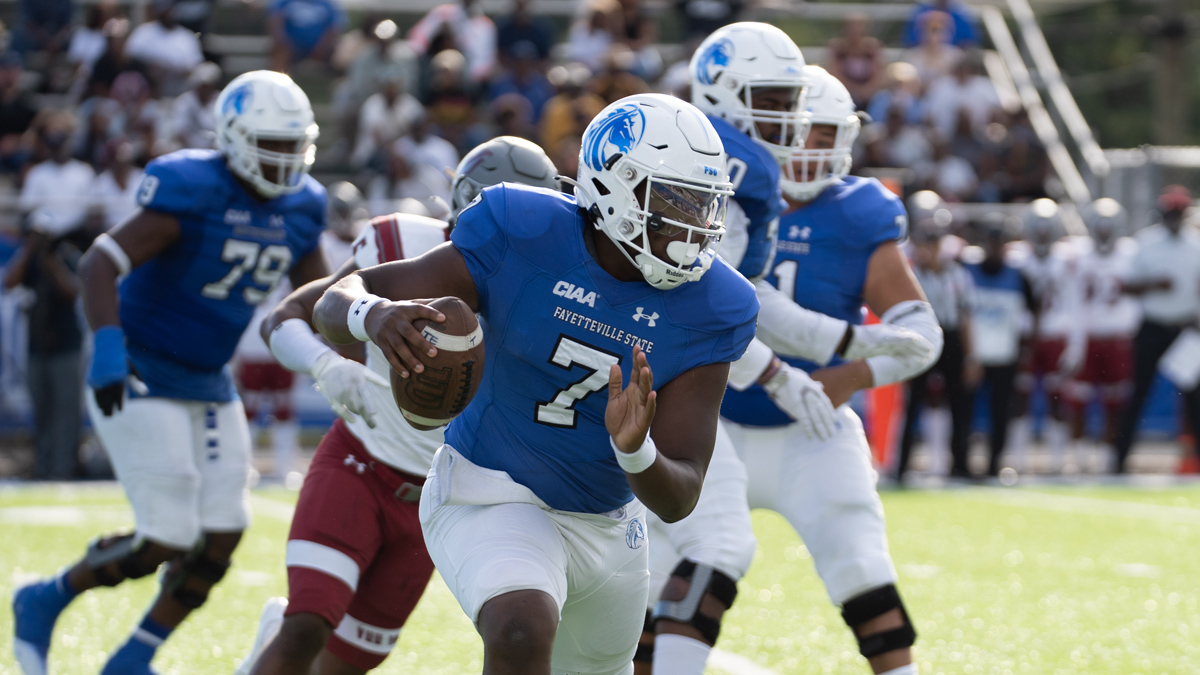 Photos: Virginia Union hit I-95 South to take on Fayetteville State in a game that lived up to the hype.

FAYETTEVILLE, NC — Virginia Union headed south on I-95 to take on Fayetteville State in a matchup of CIAA football contenders on Saturday, Sept. 24.

Fayetteville State is the four-time defending CIAA Southern Division champion, and it hoped to show that it was ready to take a step forward by knocking off Virginia Union, which became nationally ranked earlier in the week. Ultimately VUU came back from a second-half deficit behind its defense and the running game, spearheaded by Jada Byers, to win the game 31-28.