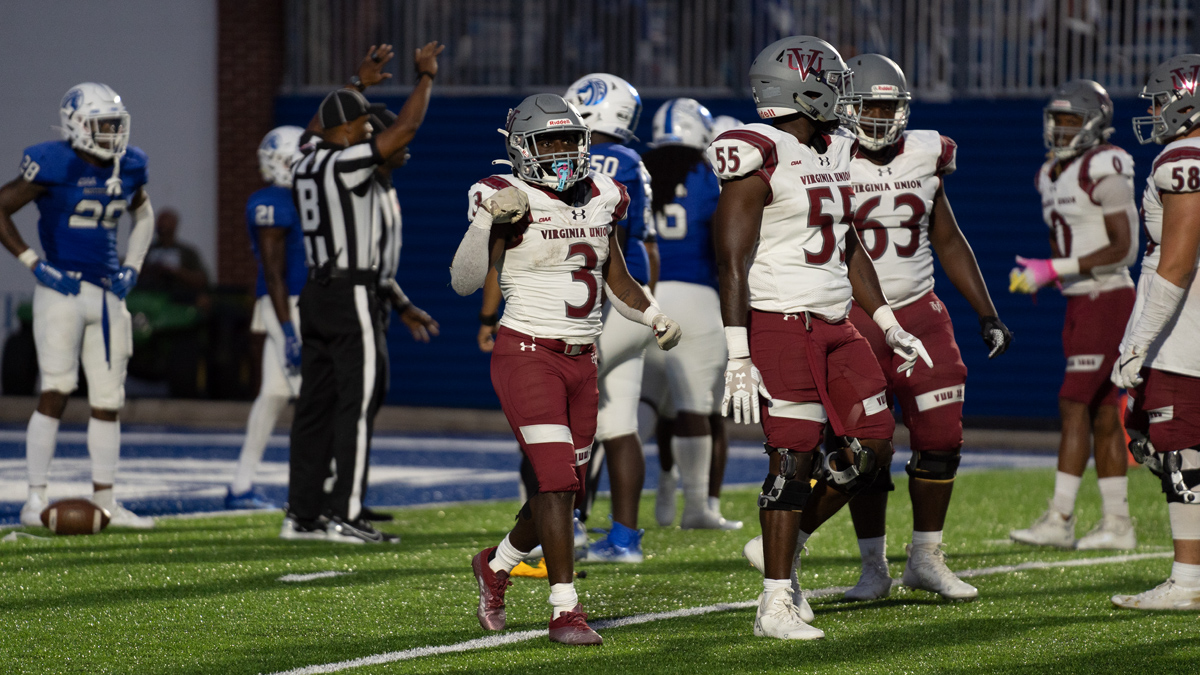 Virginia Union got down early against Fayetteville State, but its defense and running back Jada Byers saved the day.

FAYETTEVILLE, NC — Fayetteville State had the home field advantage and started with the momentum, but eventually, it succumbed to a superior Virginia Union squad.

VUU fought back from a double-digit first quarter deficit to tie the game, then a second half deficit to beat FSU 31-28 on Saturday night. VUU is now 4-0 for the first time since 2007.

Jada Byers, the top back in Division II, ran for 161 yards and three scores on three carries in the win. The Panthers’ other touchdown came courtesy of its defense as William Davis picked off a Khari Lane pass and returned the ball 31 yards for a score to give them the lead for the first time with 12:51 remaining.

FSU started the game hot on offense, cashing in both of its first two drives for touchdowns as Lane connected with Nique Martin and Barry Elliott for touchdown passes of 43 and 42 yards, respectively, to take a 14-0 lead with 8:05 remaining in the game.

VUU responded with a healthy dose of Byers, and he helped erase the deficit and tie the game at 14-14 heading into the second quarter. The two teams remained tied at halftime before Lane found Braxton Knott for a 15 yard score with 5:34 left in the third quarter. VUU cut the deficit to 21-17 early in the fourth quarter on a field goal, starting the run of 17 consecutive points for the visitors.

“It was a great program road win,” VUU Head Football Coach Dr. Alvin Parker said after the game.  “Our guys showed a bunch of resilience after being down by 14. Lots of different players made plays tonight. We still have a few things to correct but it’s good to correct them after a victory.”

Virginia Union, the top team in the HBCU Gameday D2 poll, will return home next week to take on St. Augustine’s University at historic Hovey Field in Richmond next week.