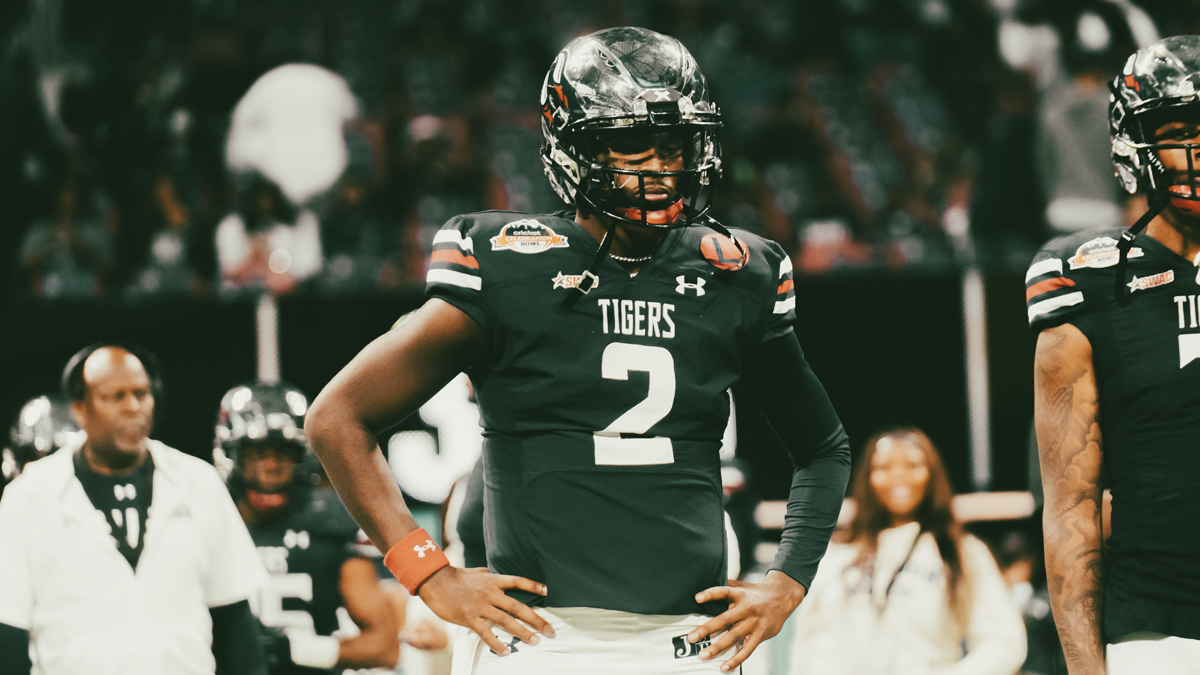 Brett Favre used the recruitment of Shedeur Sanders as an attempt to build an indoor practice facility at Southern Miss.

If Brett Favre had his way, Shedeur Sanders would have been playing football at a different school in Mississippi.

Sanders, the son of Deion Sanders and current Jackson State quarterback, was a target for Southern Miss back in 2019. The former NFL MVP is a Southern Miss alumnus who was looking to help the school land the four-star prospect in the 2020 class. He was also a part of a welfare scam that defrauded the state of Mississippi $77 million dollars.

A series of text messages from Favre to former Mississippi governor Phil Bryant was recently released with the following exchange:

“I picked up Deion Sanders and his son who is going to be a junior in high school and plays QB,” Brett Favre wrote in a text to Bryant in 2019, according to Front Office Sports. “He has at least 30 offers thus far including us. Deion and I have been great friends since 91’ and have great respect for each other.”

Deion Sanders and Brett Favre both started their NFL careers with the Atlanta Falcons.

“As I suspected Deion’s son asked where the indoor facility was and I said [we] don’t have one but [we] are hoping to break ground in less than 2 years. … I know we have the [the volleyball center]  to complete first and I’m asking a lot,” Favre wrote.

Favre, according to the reports, asked then-governor Phil Bryant for $1.5 million to help pay for an outdoor football facility in addition to the $5 million he secured for a volleyball facility.

Of course, Sheduer Sanders eventually did end up playing his college ball in Mississippi. But he’s doing so at Jackson State under the direction of his father, and he’s currently 15-2 as a starter after Saturday’s win over Mississippi Valley State.

Neither Shedeur Sanders nor Deion Sanders are alleged to have any knowledge of Favre’s scheme.