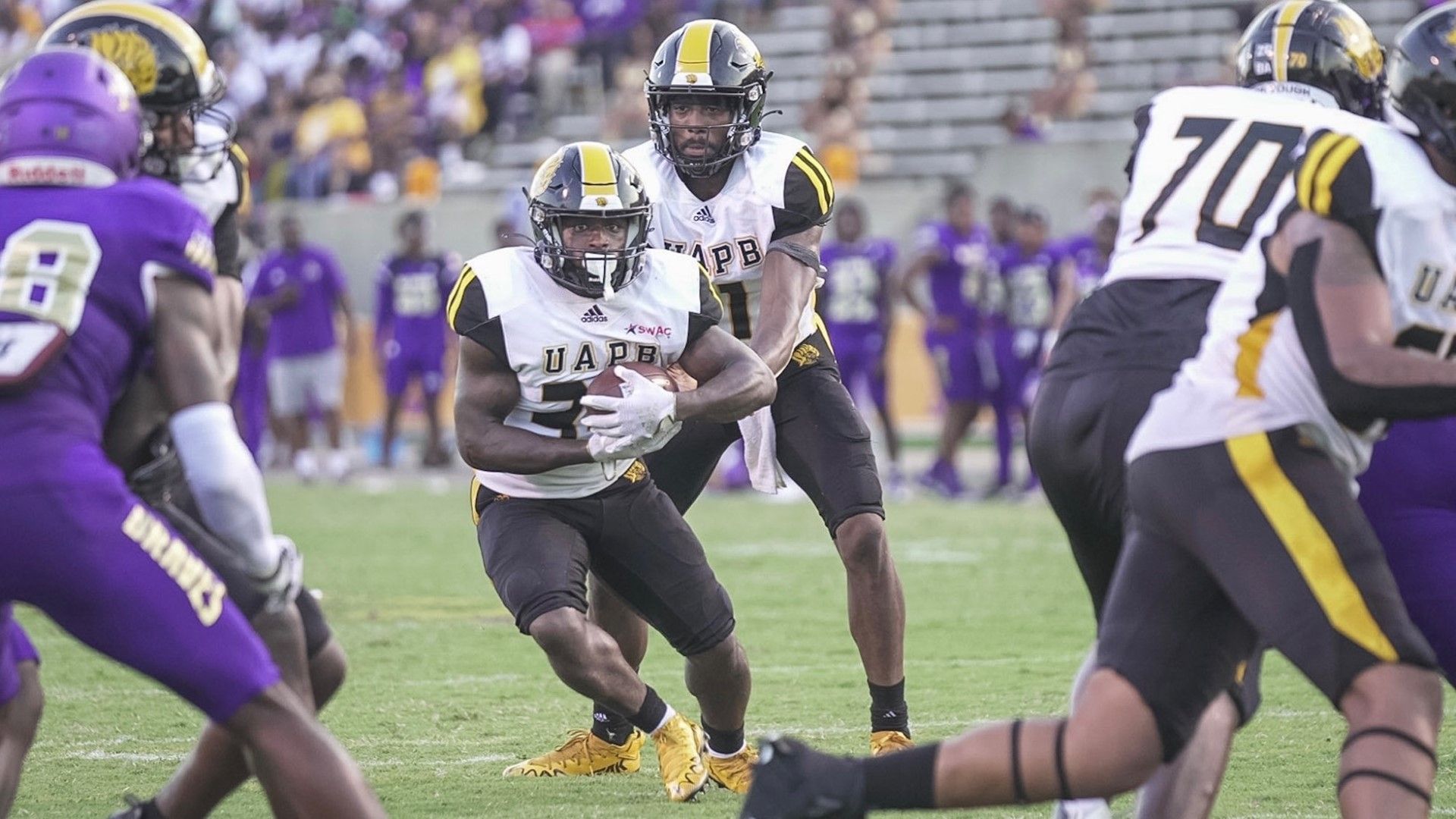 The Arkansas-Pine Bluff defense had no answer for Alcorn State’s run-heavy approach, as Alcorn State rushed their way to a 38-21 victory.

Jarveon Howard led the way for Alcorn State, accumulating a team-high 295 rushing yards to set the tone. The team committed to the ground game early and often (94 1st quarter rushing yards, 67-33 overall run-pass split). The strategy was successful as Alcorn State wore down the defense with 386 total rushing yards. On top of that, The Braves’ secondary locked in. They held Arkansas-Pine Bluff to just 3.6 yards per pass attempt.

Arkansas-Pine Bluff’s run defense was a key issue against Alcorn. They gave up 8.2 yards per carry to the Braves’ rushers. Beyond that, there weren’t many glaring errors in their evening, but they just could not maintain pace with the high-scoring Braves offense. No one can fault the effort of Kayvon Britten, though. He collected two touchdowns on the ground.