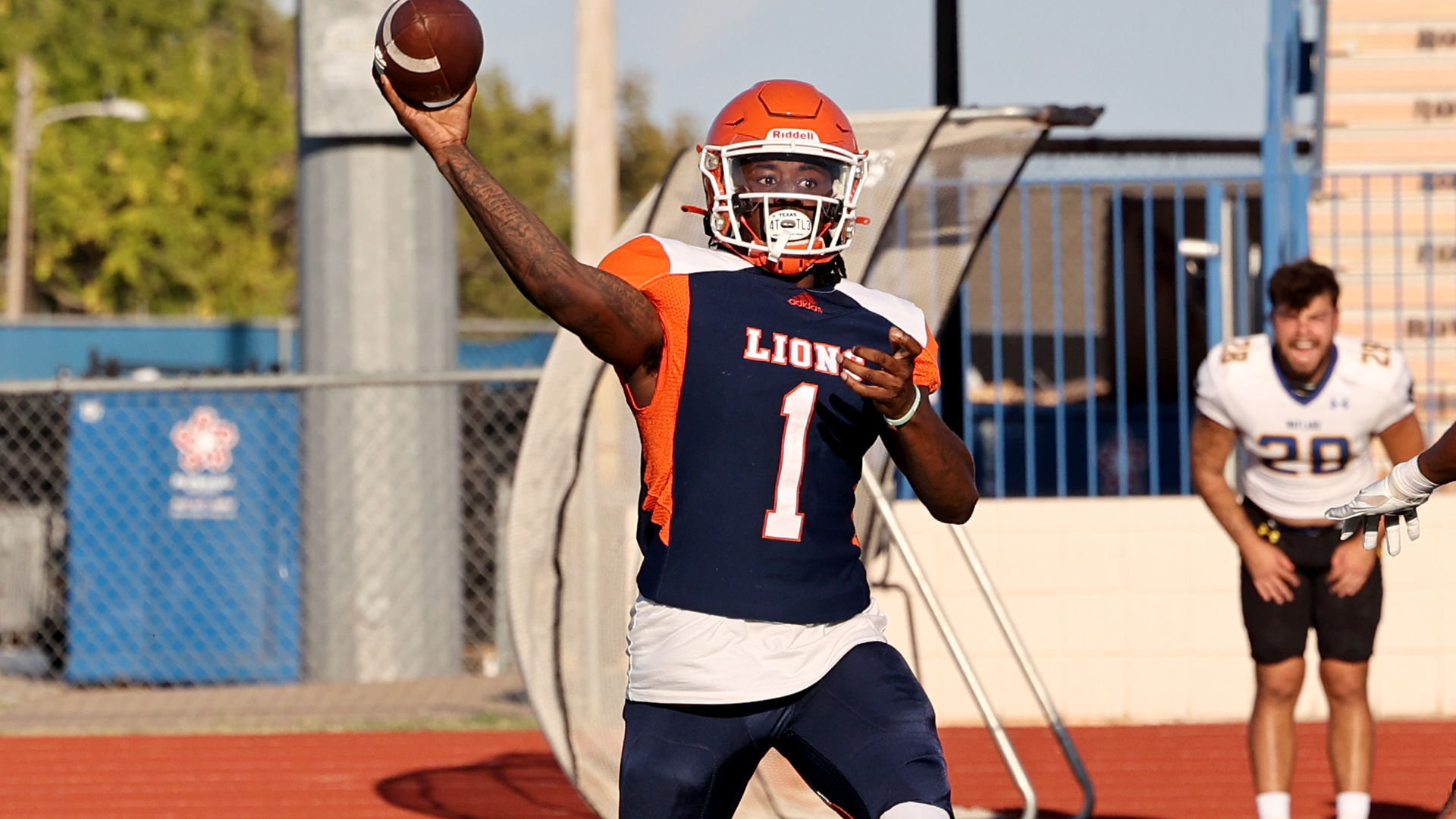 Langston University took to the air on the arm of Larry Harrington and came away with a third-straight win to start the 2022 season.

The Pioneers struck first on a 44-yard touchdown pass but the Lions tied the game on a 20-yard touchdown pass from Larry Harrington to John Louis at the 6:19 mark in the first quarter. Langston tacked on field goals of 27-yards and 30-yards from Octavio Resendiz and Harrington connected on a 55-yard scoring strike to Bryon Hanspard to move the Lions in front 20-7.

The Lions were never threatened the rest of the way as Harrington tallied four additional passes to Kevin Allen (37 yards), Dayln Thompson (23 yards), Julian Austin (85 yards) and Louis (32 yards). The senior signal caller finished 24-of-35 for 420 yards, six touchdown passes and tallied 30 yards on the ground.

Markell Scott led Langston on the ground with 70 yards on 10 carries with one touchdown. Bryon Hanspard led all receivers with six receptions for 127 yards and one touchdown.

Demari Ward and Jamar Grice tied for the lead in tackles with six apiece. Travis Martin led the secondary with two interceptions for 35 yards.

The Lions improved historically to 8-0 versus Wayland Baptist. Head coach Quinton Morgan picked up his 50th career victory leading the Lions after taking over as head coach in 2016.