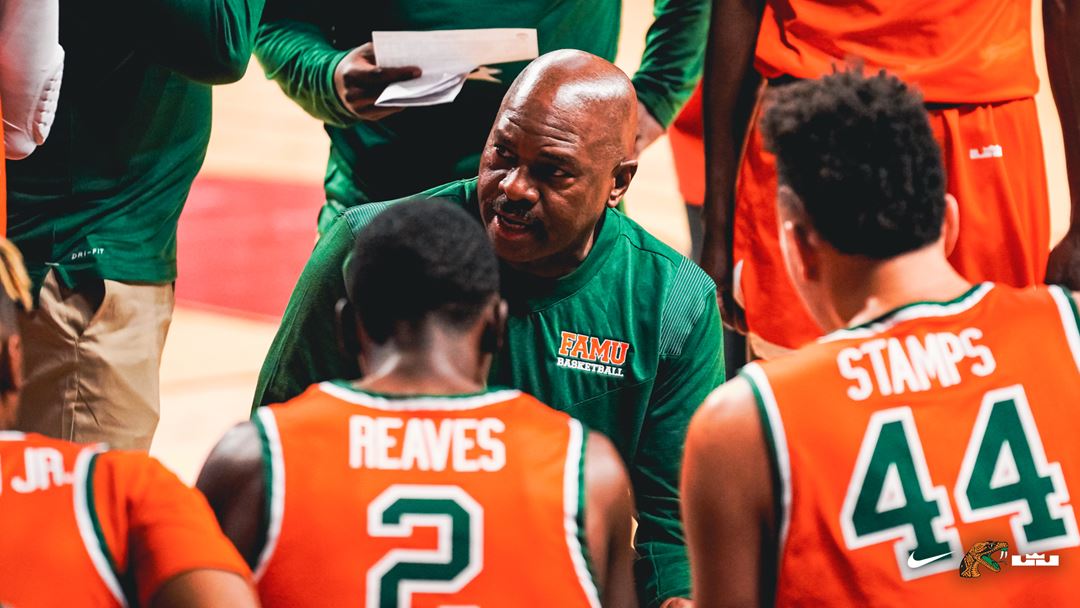 John Calipari and the University of Kentucky will host Florida A&M basketball this winter in an SEC-SWAC “Unity” contest.

TALLAHASSEE, Fla. | Florida A&M will travel to Lexington, Kentucky, for a game against the Wildcats on December 21, 2022, as part of the Unity Series. The Unity Series is a five-year partnership with the Southwestern Athletic Conference to play an annual game between Kentucky and one of the SWAC member institutions inside Rupp Arena at Central Bank Center.

“I’m excited about both the opportunity and challenge of playing the University of Kentucky during the upcoming 2022-23 season as part of the Unity Series,” said men’s basketball head coach Robert McCullum. “I’m appreciative of Coach Cal for the opportunity provided to our players to participate in one of the most storied venues in college basketball Rupp Arena – versus one of the “Blue Bloods” of college basketball, the University of Kentucky. While I know all too well about the challenges of competing against Kentucky in Rupp Arena (1990 – 96 as a member of Florida’s staff), challenges are what makes life and college athletics so exciting.

“The Unity Series, along with the Pac-12 – SWAC Challenge, speaks boldly about Commissioner Charles McClelland’s vision of the conference. The educational field trip to the National Underground Railroad Freedom Museum in Cincinnati aligns perfectly with our approach to scheduling non-conference games annually as we factor in the educational benefits of playing in various locations. We strongly believe that so much of the teaching and learning process takes place outside the classroom.

“I’m also elated about the 2022 Unity Series Legends Clemon Johnson and the late Reggie Warford. I knew Reggie well, and our basketball program continues to benefit from Clemon’s love for his alma mater.”

The game between the Cats and Florida A&M in 2022 will once again be one piece of the annual meetings.

The Wildcats and Rattlers will participate in an educational field trip to the National Underground Railroad Freedom Museum in Cincinnati, will receive resources to better brand themselves in the new name-image-likeness space, will be provided career center resources, and participate in a joint dinner at John Calipari’s radio show.

Also, Kentucky and the SWAC will honor Unity Series Legends, honoring a representative of each school with a history as a trailblazer in diversity, equity, and inclusion.

The 2022 Unity Series Legends are Clemon Johnson from Florida A&M and Reggie Warford from the University of Kentucky.

Johnson played at Florida A&M from 1974-78, earning a bachelor’s degree in economics and a master’s degree in sports management. He was selected with the 44th pick of the 1978 NBA Draft to the Portland Trail Blazers and played for ten seasons. Johnson won an NBA title with the Philadelphia 76ers in 1983. Following his playing career, Johnson became an economics teacher and high school basketball coach in Tallahassee, Florida, before becoming a collegiate head coach. Johnson coached at Alaska Fairbanks (2007-11) and Florida A&M (2011-14). He was his alma mater’s head coach from 2007-11.

Johnson helped establish a Boys and Girls Club in his hometown of Monticello, Florida, and is currently creating interest in refurbishing the old high school gymnasium in Monticello with intentions of establishing an after-school program concentrating on reading and writing, sports training, and creating a community center in the area.

Warford was the first Black Kentucky men’s basketball player to graduate from the University of Kentucky. He played for the Wildcats from 1973-76 and was a member of the NIT Championship squad in 1976 and the 1975 NCAA Tournament’s runner-up team. Warford was inducted into the Kentucky High School Athletic Association Hall of Fame in 2019. He played for Drakesboro High School in Muhlenburg County where he was a second-team All-State selection after averaging 27 points per game his senior season. Warford passed away in May of 2022.