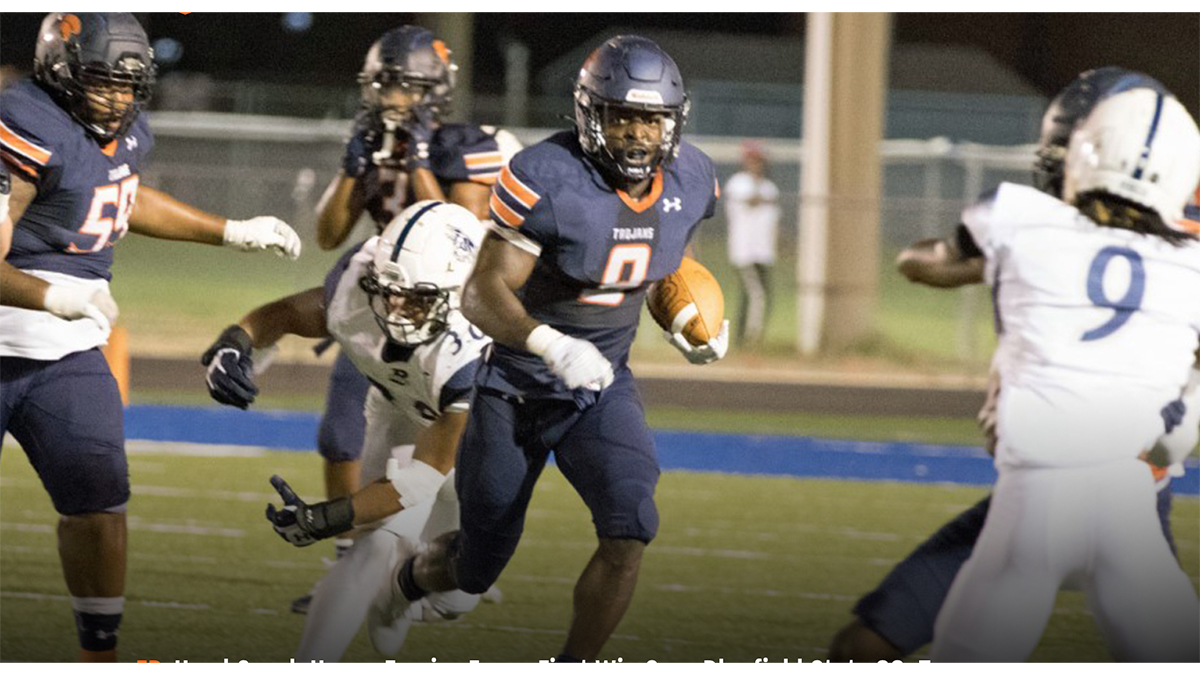 Virginia State senior RB Darius Hagans (#9) rushes for some of his 262 yards in Saturday’s win over Bluefield State. Hagans had one of two 200-yard rushing efforts this week. Check the top HBCU performances and all the scores.

Two 300-yard passers – Isaiah Saddler of Texas College and Dion Golatt of Bowie State – had the top HBCU performances though in losses for their teams this week.

Saddler threw for 367 yards and four TDs but also had four interceptions in his team’s 55-24 loss to Langston. Golatt had two 14-yard TD passes, the only scores the CIAA champs scored in a 40-12 loss at Saginaw Valley State.

Hawkins had 293 passing yards and three TDs without an interception in leading the G-Men and new head coach Hue Jackson to their first victory, 47-21 over Northwestern State. Sanders was an efficient 30 of 44 without a pick as JSU survived a battle with Tennessee State, 16-3.

The 90-yard TD pass from Norfolk State QB Otto Kuhns to DaQuan Felton was the Spartans’ only score in a 63-7 loss to James Madison and the longest scoring reception this week.

Virginia Union sophomore Jada Byers and Virginia State senior Darius Hagans were the two 200-yard rushers this week. Both were instrumental in their teams’ victories.

Hagans’ 86-yard TD run contributed to his whopping average of 11.9 yards per carry in the Trojans’ 28-7 win over Bluefield State. It was the first win of the Dr. Henry Frazier III era at VSU.

T. J. Hookfin of Texas College had two of the four TD receptions from QB Isaiah Saddler. He averaged 46.7 yards on his four receptions and 57.5 yards on his two TD catches

Lincoln Mo.’s Aderius Ealy had all three TDs for the Blue Tigers in their 58-20 loss to Northwest Missouri State.

Gaddy posted four of JSU’s eight sacks vs. Tennessee State in a 16-3 win for the Tigers.

Smith and Davis both had two picks in their games. Smith and the Panthers fell to Abilene Christian, 21-13. Davis had his two picks as SCSU beat Bethune-Cookman, 33-9. He returned the second theft 59 yards for the Bulldogs’ final touchdown.