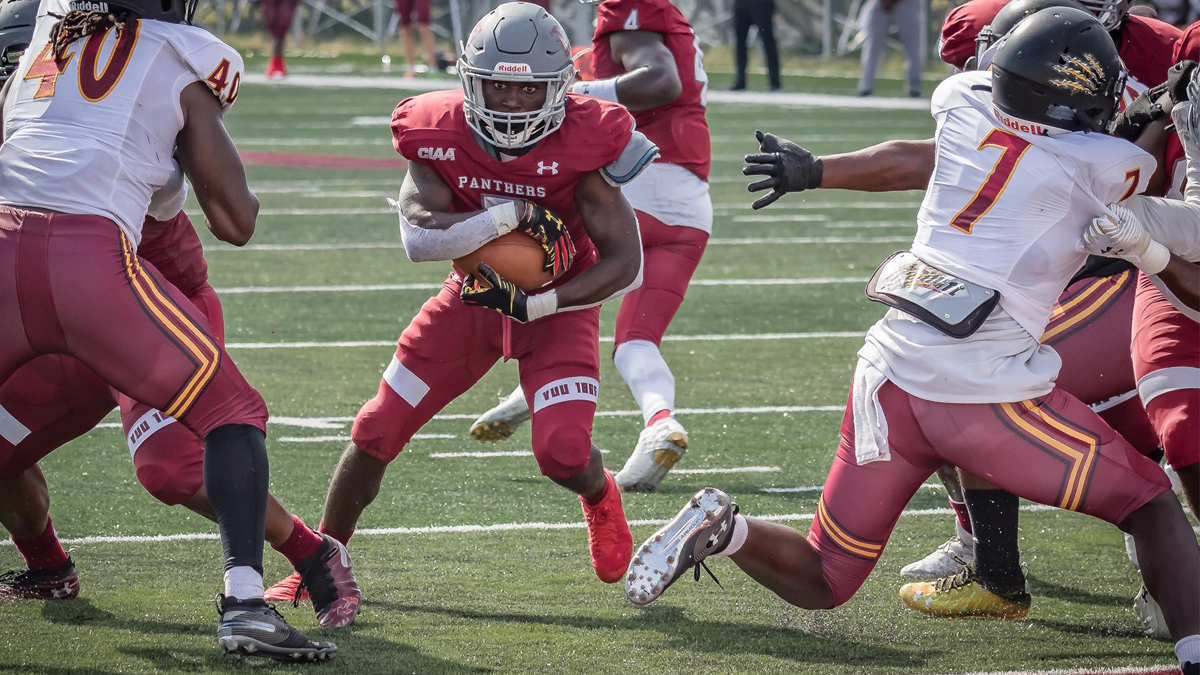 Virginia Union holds off Valdosta State on the road

Virginia Union gets a huge statement win on the road against a national powerhouse.

It’s just early September but Virginia Union already has a signature win on its 2022 resume. VUU (2-0) held off a fourth quarter rally from No. 2 Valdosta State (1-1) to get a 45-40 upset win on the road. Valdosta State entered the game as the No. 2 Division-II football team in the country.

Jada Byers reeled off three big scoring runs for Virginia Union to break open what was a close game. With 4:28 left in the third quarter Byers scored on a 22 yard run and the Panthers went up 31-27 after the extra point kick.

To start the fourth quarter Byers exploded for a 52 yard touchdown run and put the Panthers up 38-27 after the kick. Byers seemingly sealed the game with 12:28 remaining, scoring on a 50 yard run, with VUU going up 45-27.

But Valdosta State didn’t go down without a fight. Quarterback Ivory Durham threw two touchdowns in the final ten minutes of the game to receiver B.K. Smith, closing the gap to 45-39.

Virginia Union recovered an onside kick with 1:35 remaining and was able to run out the clock.

Byers had a whopping 283 yards rushing with three touchdowns on the afternoon. He averaged 9.8 yards per carry.

The Blazers, who finished 12-2 last season and 6-1 in Gulf South Conference play, were runner ups in the national championship game versus Ferris State last season.

Virginia Union holds off Valdosta State on the road