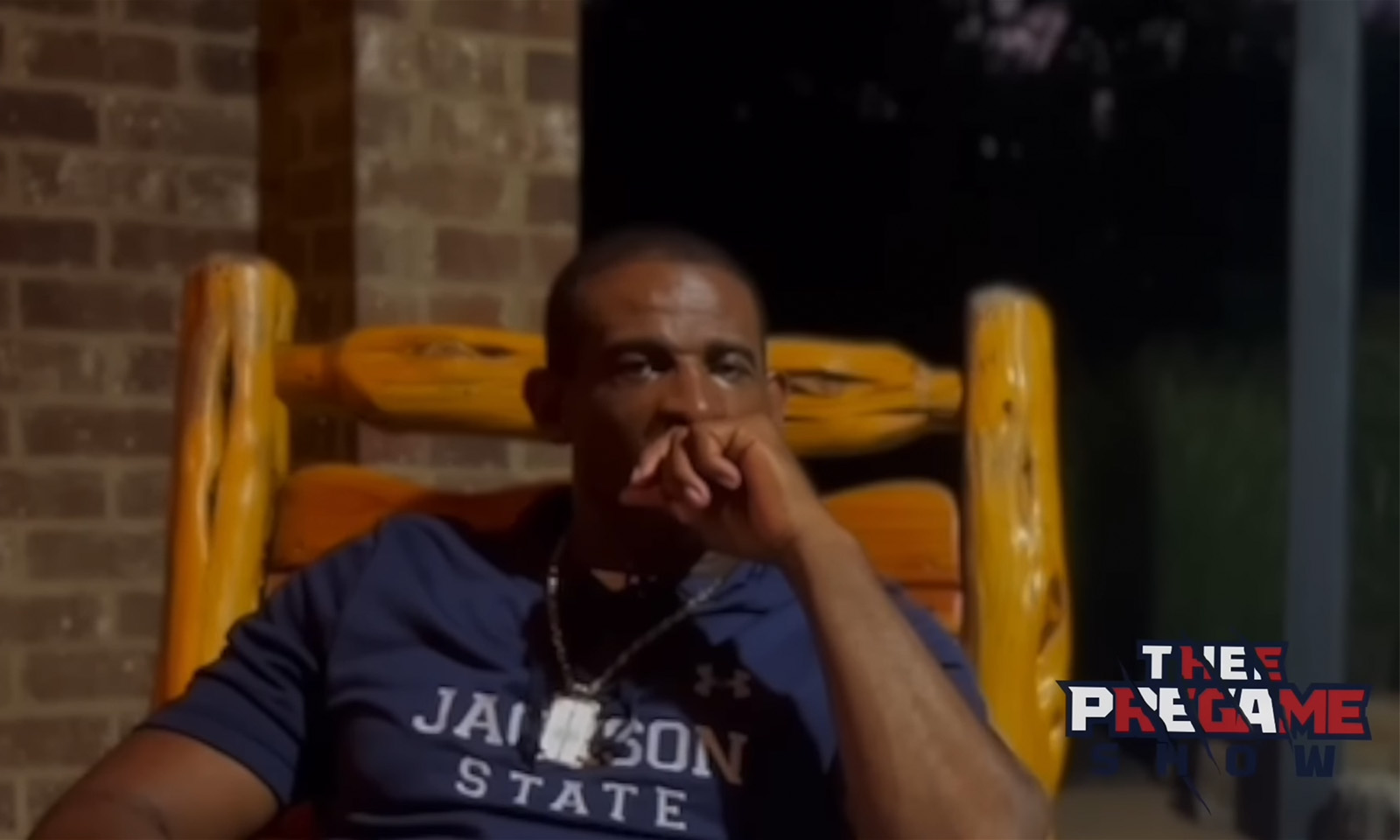 Jackson State Head Coach Deion Sanders reflects on the past year, from the football program to his own healing journey.

Jackson State head football coach Deion Sanders recently sat for a talk with Chris Neely of Thee Pregame Show from the comfort of his Mississippi home. Sanders reflected on the past year, and got candid about his talk with God in the hospital.

“Shoot, it’s been a tremendous ride,” Sanders said. “We may smell like the smoke because we’ve been through the fire. But I wouldn’t change none of it. I needed it, I love it, I’m proud of it, I’m thankful for it. I got to really see God’s face and the different personalities of God, I feel.”

Coming back vs. Southern

“I had to. Because Shedeur (Sanders’ son) came to the hospital. He was there every day, but he came particularly this time and said ‘Dad, I need you.’ And that spoke volumes because when he says that, he means that. He’s not a person that would waste words. He don’t waste sentences or articulation by any means. So when he says something to that level of seriousness, I know.”

“Yeah but when I think back on it, it was stupid,” Sanders said. “It was stupid because I wasn’t in any physical condition. But I missed my team, I missed the coaches, I missed the feeling of the crowd, I missed the fans, the Sonic Boom, I missed all of it. But it was cold, man. Didn’t have no strength, I probably was 40 pounds light. Weak. It wasn’t a good decision, but I’m glad I made the decision. God saw me through.”

“It was tough. And to see us show up in the manner that we showed up, what God showed me, He graced me to go. You know we scored 21 points tonight? You know, no. 2 made the game-winning pass and 21 made the game-clinching touchdown. So to see my babies do what they did on a night like that night. God always shows me 21 in different ways. That lets me know that I’m in this. Sometimes I could be randomly going to school and headed somewhere and I see a truck pass by with the 21 on the back of the license plate. Or a school bus will cut cross, the school bus would be 521. Oh, you have no idea how much that happens. I say, God, I see ya.”

“It was a blessing. Because I could have lost my life very easily. Very easily. It was there, it was that thought process, it was a thought process of losing my leg from the knee down. It was almost there. So when I look up and say thank you Jesus, it’s because I know the quiet cries at night that were in that hospital. I know all the speaking in tongues, and the prayer, and the fellowship of God, and the praising Him through and through. I’m pretty sure that some of those nurses thought I was crazy. I know when they walked out of there they said, ‘That negro there saved, I don’t care what y’all say, he’s saved.’ Because ain’t no way in the world, he called on the Lord all night.”