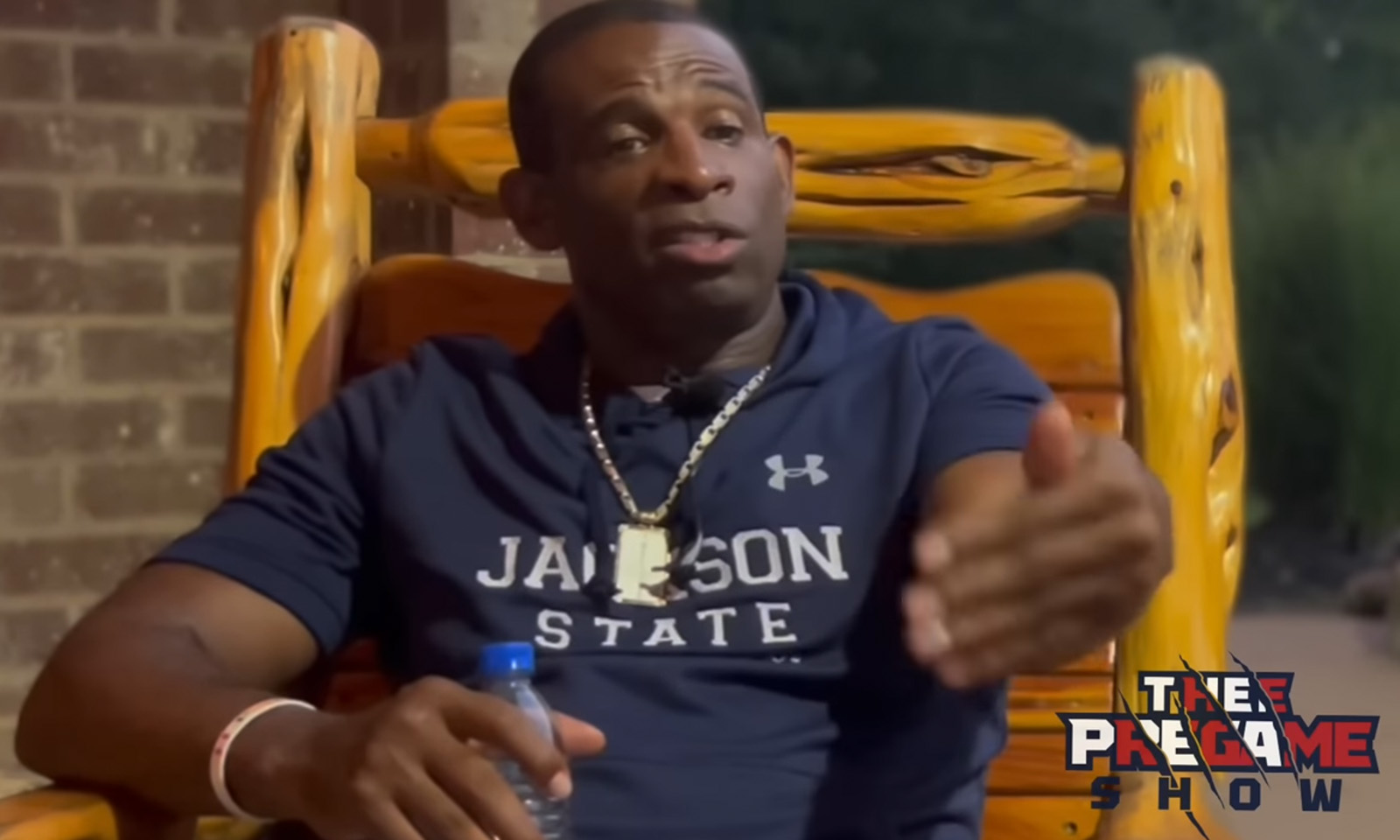 Jackson State Head Coach Deion Sanders comments on how the Jackson State Tigers are looking and performing after his first full off-season.

Jackson State head football coach Deion Sanders recently sat for a talk with Chris Neely of Thee Pregame Show from the comfort of his Mississippi home, and in typical Deion Sanders fashion, he didn’t hold back.

See part one of the conversation here:

Deion Sanders on his first full season as head coach

Sanders says to say they are much improved would be an understatement.

“But we just got to go through that process like you said of getting the pads on, getting the installs in,” Neely said. “You know when you get to where we are now, you’ve had summer conditioning, and we had two sessions, and this is your first time as Jackson State head coach having that kind of off-season.”

“Yes, a complete off-season,” Sanders said. “A whole spring and a whole summer, where we’ve had, I would say, upwards to 98 percent attendance. The only reason it wasn’t 100 was because we just got some guys in and some guys had to finish school prior school obligations and graduate before they were released.”

Picking up where James Houston left off

Last season, Jackson State brought in James Houston from the University of Florida as a graduate transfer. He dominated on the field and was selected in the 2020 NFL Draft by the Detroit Lions in the sixth round. It’s a tough loss for any program at the FCS level to have a player that departed for the NFL, but Sanders is confident JSU will be just fine moving forward.

“I think we got four to five guys that can go get it,” Sanders said. “James Houston is a freak of nature, I’m not minimizing what he contributed to this program by any means. But we have some guys that’s like that, that I see now. I can’t wait to see if it comes to pass in the same way during the game in the consistency that James performed with. But on tape, and with natural vision, they could go get it.”

“Because we understand now what the coaches expect,” Sanders said. “There’s a better understanding of that. You gotta understand, James Houston only was with us, I think, towards the second session of the summer. Think about that. So it’s a higher level of understanding and a relationship with the coaches where they say one word and you respond. That you know what we expect on a daily basis.”

If there’s one thing that Deion Sanders preaches, it’s competition.

Sanders says he hopes that high-level competition in practice translates to in-game performance in 2022.

“I hope that’s the case,” Sanders said. “That’s not demeaning any other schools that’s on our schedule because there’s some phenomenal talent on our schedule, but I will put our talent up against anyone.”

It’s not just the players that are competing, Sanders says, but the coaches as well.

Practicing with Purpose and passion

Conditioning has been a point of emphasis for JSU this offseason.

“Yeah, we went and got a guy from the University of Georgia, national champs,” Sanders said. “He was a catalyst to their program and carried so much of the load although he wasn’t the head strength and conditioning coach there. Trust me, all the phone calls that I got and the phone calls that I made when we were getting ready to acquire Mo and hire Mo, they were ecstatic about it. It was volumes spoke of him about how he went about his business, and now I see.”

Sanders called it a lack of physicality.

“But, you got to think about it, one of the most profound coaches in college football that has been that way for years is Mike Leach,” Sanders said. “I mean you could you could take it as far back as you want to. You could go back to Texas Tech and even before that. Mike Leach knows how to put the ball in the end zone, okay. Knowing that, you got to say, okay. Come on, man, I know you got some young stunners that are waiting for an opportunity.”

Apparently, Bartolone clicked with both Deion Sanders and Shedeur Sanders and now he’s in charge of making sure JSU’s offense runs smoother from start to finish in 2022.