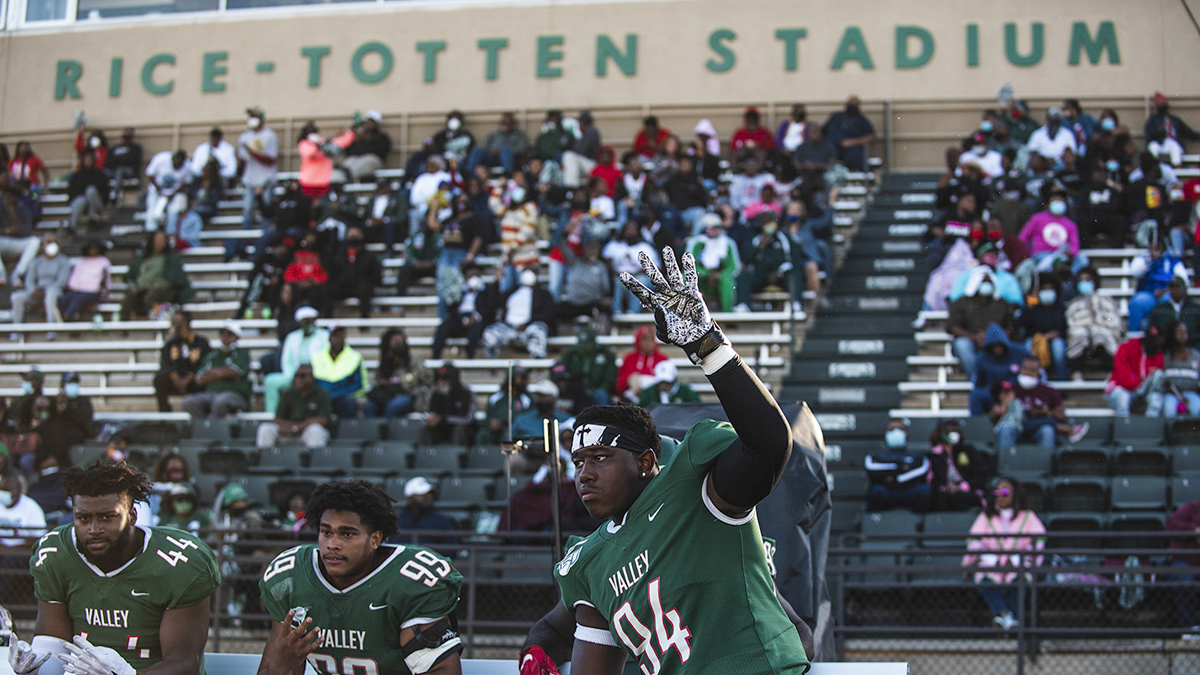 Mississippi Valley State is shutting down its stadium ahead of its home opener. The alma mater of Jerry Rice is trying to raise money for facilities.

When you think of Mississippi Valley State University, Jerry Rice is at the forefront of most folks’ minds. And that’s with good reason — the greatest wide receiver of all-time not only played his college ball there — his name is also on the program’s football stadium.

The field named after Rice and his quarterback Willie Totten has been temporarily shut down by the school until further notice, the school announced on Wednesday. No explanation was given for the shutdown, but a school spokesperson told HBCU Sports that things should be ready to go by the time Mississippi Valley State hosts Delta State, a Division II school located in Mississippi.

Facilities have been a big point of discussion regarding the school over recent years. It is a tall task as Mississippi Valley State’s athletics budget of $3.9 million in 2021 was the lowest among all Division I athletics programs with football.

Last July boosters announced a campaign called “Touchdown for Turf” to help raise $2 million to get turf for Rice-Totten Stadium. The MVSU V-Club raised over $84,000 to contribute to the effort by the end of 2021. Earlier this year, Deion Sanders took a trip to Jackson State’s fellow in-state HBCU to see the conditions himself and he expressed his concerns while also pledging to help improve both practice and game facilities.

Jerry Rice was a record-breaking receiver at the school in the 1980s before going on to re-write the NFL record books and land in the Pro Football Hall of Fame. He is keenly aware of the issues at Mississippi Valley State. He previously filmed a video to raise awareness of the campaign.