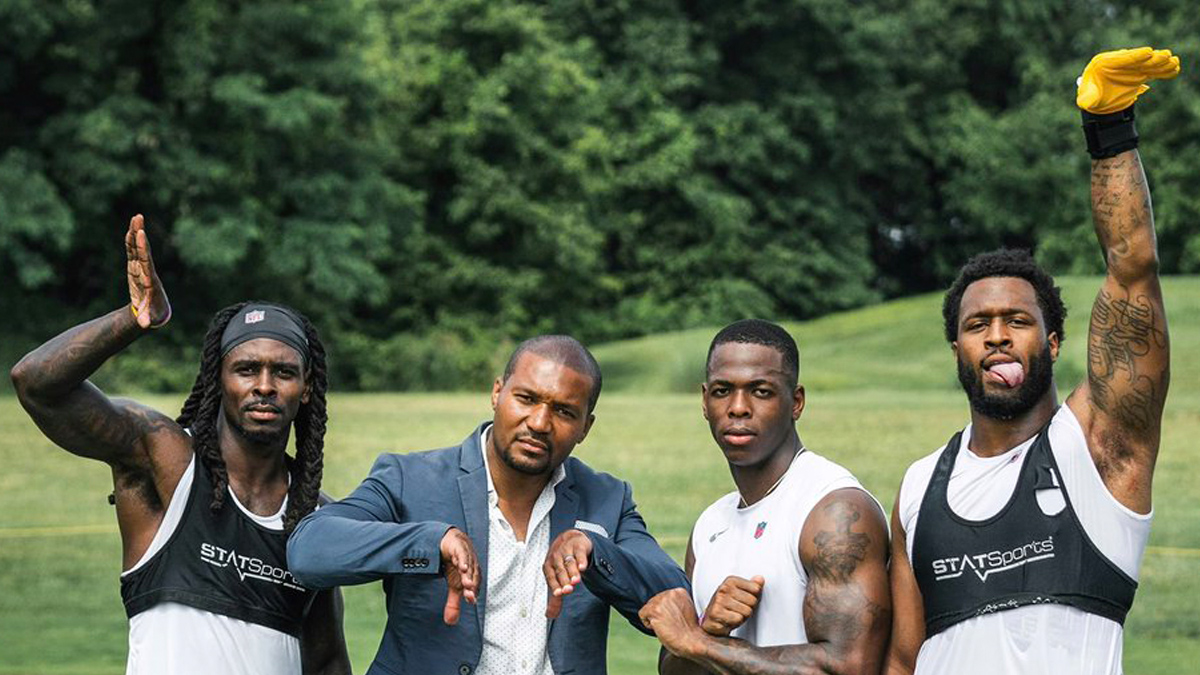 The folks at Barstool Sports tried to shade the Washington Commanders, but its president set them straight.

Whoever runs the Barstool Sports Twitter gave the Washington Commanders and Omega Psi Phi Fraternity, Inc. some unintended spotlight after starting off with shade.

Barstool tweeted a TikTok video with two members of the Washington Commanders football squad dancing during a workout. Its caption read “Why the Commanders can’t win.”

Clearly, whoever tweeted the joke didn’t recognize that those “dance moves” were actually a hopping ritual from a pair of Omega Men who are on the Washington Commanders — William Bradley-King and Marken Mitchell. Both men are Ques, along with teammate Christian Holmes. And when George Clinton’s classic “Atomic Dog” dropped, they did what every Que instinctively does, and set it “owt.” (Hopefully we used that correctly).

Commanders President Jason Wright made sure to correct it and let everyone know exactly what was going on.

“First, this is from OTAs months ago,” Wright tweeted. “Second, for folks that complain about the No Fun League, it’s a strange flex. Third, this isn’t random dancing it’s representing Omega Psi Phi Fraternity, a historically Black civic org est in 1911.”