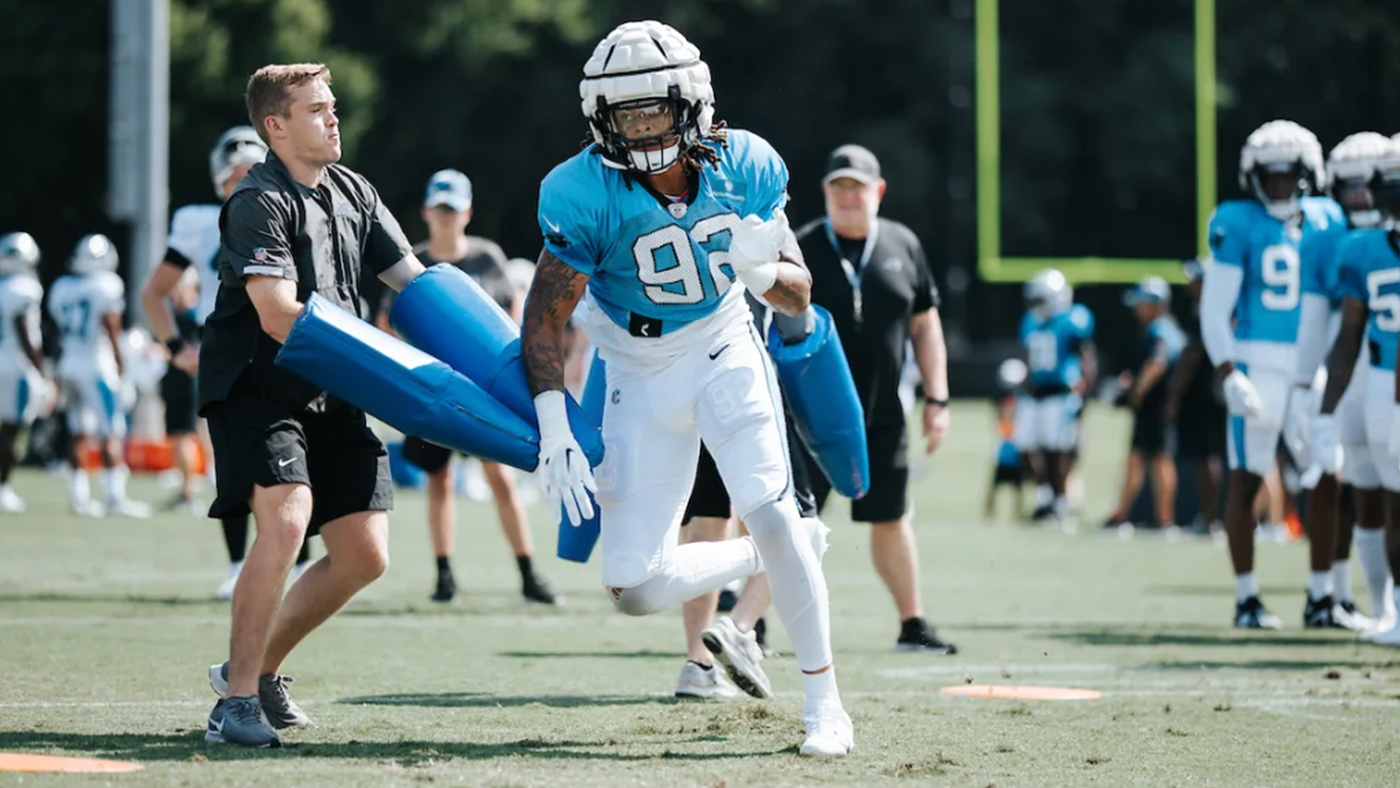 SPARTANBURG, SC — He’s entering his fourth season in the National Football League, and Carolina Panthers defensive end Darryl Johnson knows who to thank for every one of them.

“I just walked by faith,” Johnson said after Tuesday’s practice on the campus of Wofford College in Spartanburg, South Carolina. “I let God handle everything and I just did what I did, and that was put in the work, and wherever God put me, I was going to take advantage of that opportunity.”

Johnson, who came to the Carolina Panthers last year after two seasons in Buffalo, also pointed to the players who preceded him out of North Carolina A&T, and one coach whose tide has helped to lift the HBCU football boat.

“You’ve got guys like (Jackson State Coach Sanders) Deion making a change,” he said. “Even the past guys, Darius Leonard and some of the top paid guys in this league, doing their thing in the league.”

He paid special homage to two former Aggies who paved the way, Las Vegas Raiders lineman Brandon Parker, and Tarik Cohen, the running back who made a splash with the Chicago Bears before injuries derailed his career.

Johnson feels that there was a time when an HBCU athlete might not have received sufficient attention to earn their chance to play in the NFL.

“Back when I came out, they were holding HBCUs over our heads,” he said.

“It really doesn’t matter now. I see it all the time now,” Johnson said, “You see a lot of guys coming out of HBCUs going fourth, third.”

If teams were overlooking Johnson, it wasn’t because he didn’t have the resume to back up what he did at A&T. He was named Mid-Eastern Athletic Conference (MEAC) defensive player of the year in 2018 after he collected 10.5 sacks. He was an AFCA All-America in 2017 after making 40 tackles, 6.5 sacks, four forced fumbles and two fumble recoveries.

Johnson played 31 games in two seasons with the Buffalo Bills, who drafted him in the seventh round in 2019.

Darryl Johnson joined the Panthers via a trade prior to last season, but only saw action in three games before injuries and COVID-19 cut his season short.

Saying he’s wanted to play football “since I came out of the womb,” Johnson is ready to contribute to a Carolina rebound beginning in September.

“I’m thankful for God giving me the opportunity to do something I love to do,” he said. “And I’m out here working every day and letting God control it.”