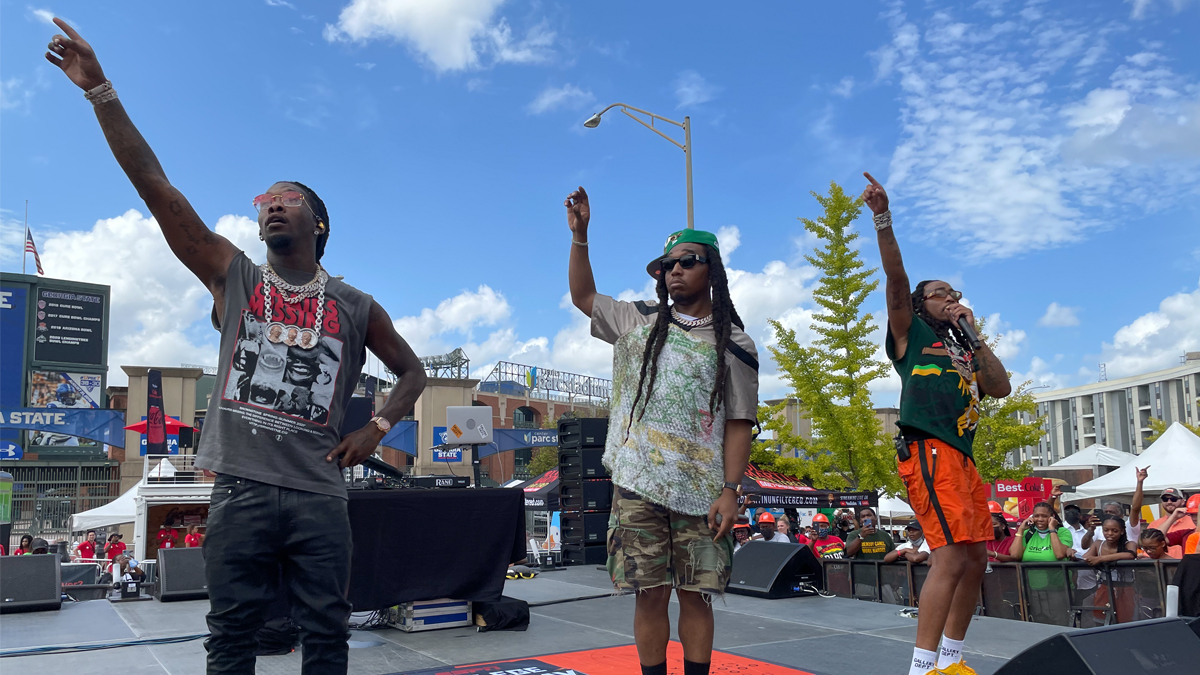 Migos to headline 2022 Pepsi National Battle of the Bands

Houston, Texas: The Pepsi National Battle of the Bands presented by Toyota (NBOTB) today announced that GRAMMY®-nominated rap group Migos will headline its 2022 event with a performance following the final band competition of the weekend. Migos is a multi-platinum hip-hop group founded in Atlanta as a trio featuring Quavo, Offset, and Takeoff. The iconic hip hop trio amassed more than 3.3 Billion streams of their hit songs on Spotify, including “Stir Fry,” “Walk It Talk It,” and “Bad and Boujee.” Previously, Migos made history by tying The Beatles for the most simultaneous entries on the Billboard Hot 100 song chart among groups (with 14 songs on the chart) according to Nielsen Music. NBOTB is recognized as the annual kick-off to the fall marching band season, showcasing new performances by the country’s top marching bands and offering unmatched exposure to the talent of Historically Black Colleges & Universities (HBCUs).

“The addition of world-famous hip hop act, Migos, to the 2022 National Battle of the Bands lineup is a gigantic milestone, merging popular hip hop with the spirit and soul of music produced by our nation’s finest HBCU marching bands,” said Derek Webber, Executive Producer, National Battle of the Bands. “We’re thrilled that spectators will get to see the iconic band showcase and a premier hip hop performance with the same ticket.”

The addition of Migos is a first for the NBOTB, which has never before featured a major internationally-known artist performing during the event weekend. NBOTB leadership believes this helps propel the event further into the mainstream while maintaining its rich history and unique place in culture. The additional visibility provided by Migos should help elevate the profile of NBOTB, translating to exposure for the HBCU bands, scholarships, and overall awareness. This aligns with the NBOTB’s mission to enhance the exposure of HBCUs and their marching bands, the roles they play in educating aspiring musicians, and the development of future leaders

HBCUs are known for their rich history of robust academics, social and community activism, devoted alumni, and high-stepping, soulful marching bands. An HBCU marching band’s performance is as much about the music as it is the movement —both of which channel the boundless spirit of the institutions they represent. The battle of the bands is an iconic tradition, not only amongst HBCUs, but as a staple in American culture. NBOTB is proud to have Migos join them in the furtherance of this historic musical and cultural movement.

For more information about the NBOTB, tickets, and the full listing of events visit, https://www.nationalbattleofthebands.com/.

Migos to headline 2022 Pepsi National Battle of the Bands