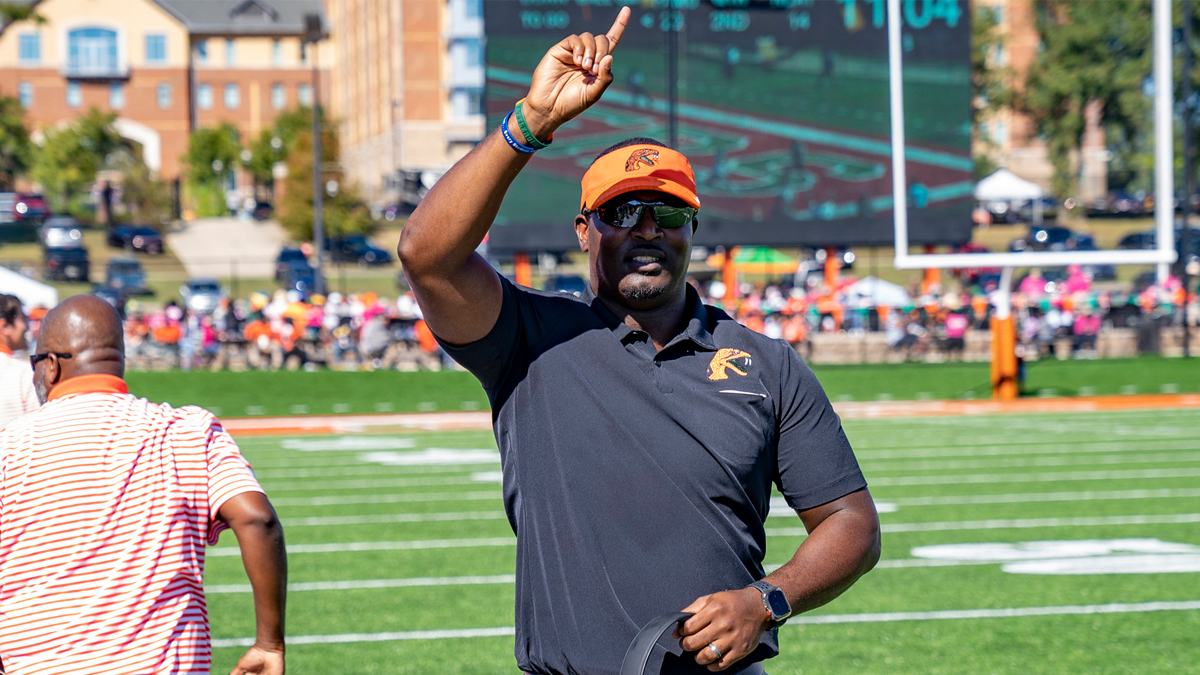 Several HBCU football coaches are among the 45 African-American coaches that could one day become head coaches, including Florida A&M’s Willie Simmons, according to a recent ESPN article.

This isn’t the first time the 41-year-old Willie Simmons has been recognized as having the potential to coach at college football’s highest level. Last year he was mentioned by ESPN as a potential candidate as well. It doesn’t hurt that he led his program to a 9-2 record in 2021 and an at-large bid to the FCS playoffs. The former Clemson quarterback has found a home in HBCU football with Alcorn State as an assistant and Prairie View as a head coach before coming over to FAMU where he’s led his team to an 18-4 record in the regular season over his last two years.

Saxon is the youngest of the trio recognized at the age of 33. The article recognized him as one of the top defensive minds in the FCS, and cited his performance against Jackson State in the 2021 Celebration Bowl victory. While he currently works under the legendary Buddy Pough, he previously worked under Charlie Strong at Louisville and has coached at the Senior Bowl, which provides an opportunity to get in front of new sets of eyes.

Sewell is new to Morgan State, but no stranger to HBCU football or success. The Bowie State alumnus helped turn that defense into a national powerhouse, propelling it to multiple D2 playoff wins. He was briefly brought up to the FCS level at Alabama State by new coach Eddie Robinson Jr. but he’s since returned to Maryland to help Damon Wilson take over at Morgan State.

While Simmons, Saxon and Sewell were the only current HBCU coaches on the list, there were several more former HBCU coaches listed as well.

New Valdosta State head coach Tremaine Jackson is a Texas Southern alumnus who has also coached at his alma mater. Current Tennessee running backs coach and recruiting coordinator Jerry Mack has spent the last half-decade as an FBS assistant at Rice and now UT, but many feel it is only a matter of time before he’s back in the head coaching ranks. As great as it would be to have him back in HBCU football, that will likely be at the FBS level.