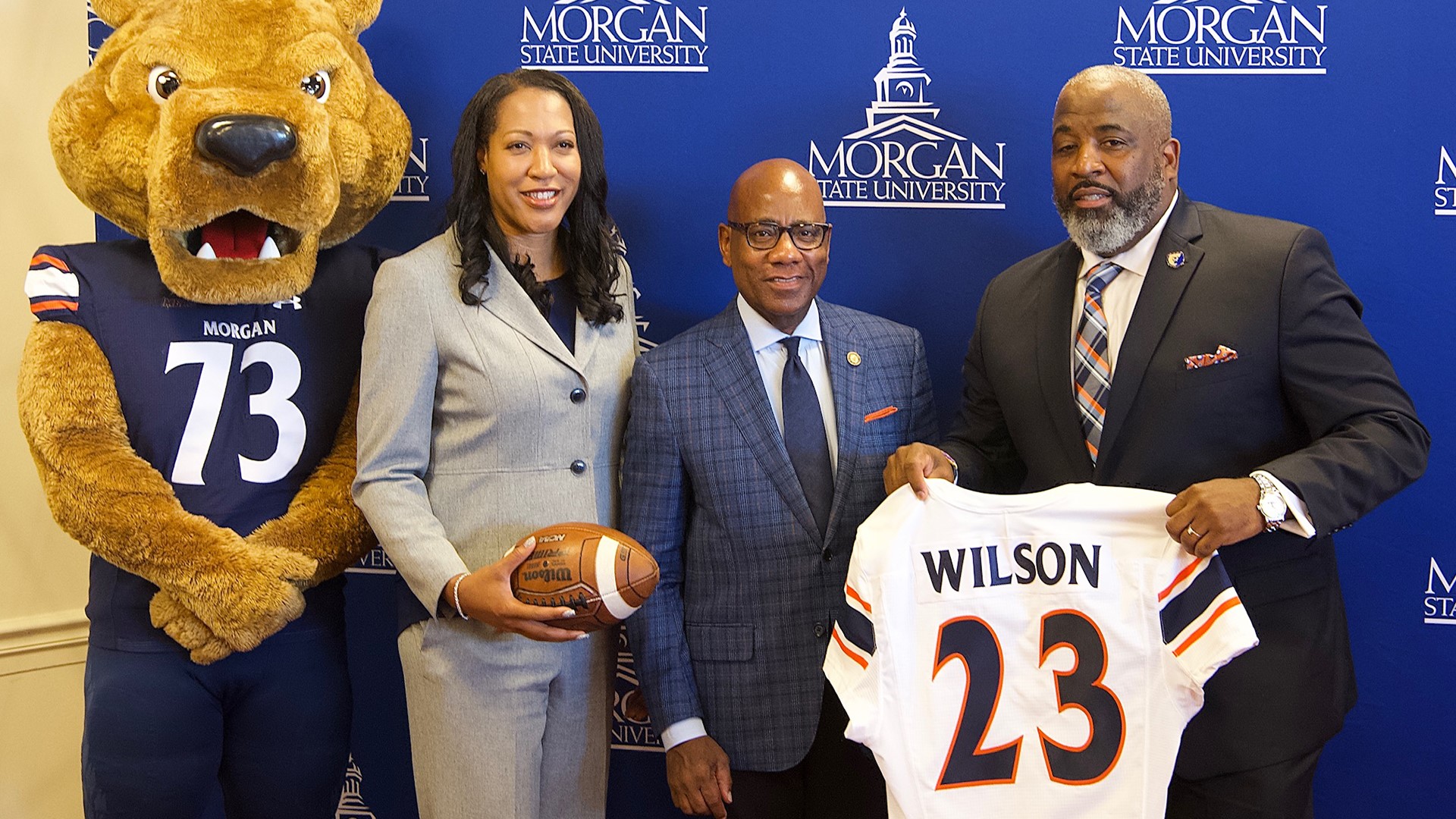 Morgan State recently hired Damon Wilson as its head coach after Tyrone Wheatly accepted a position in the NFL.  One of Wilson’s initial tasks is to hire a staff.

Wilson’s coaching tree is rather expansive. As Bowie State’s former head coach, many players who played under him returned to the school for football staff positions before moving into higher-level coaching positions at the D-II and FCS level.  It’s natural to think that some of those players might be returning to their former leader as he makes the leap from D-II to FCS, and you’d be right.

Wilson’s most recent hire is B.T Sherman, who has been hired as MSU’s offensive coordinator and quarterbacks coach. Sherman is no stranger to the MEAC, having spent the last five seasons at Norfolk State under Latrell Scott and Dawson Odums. It’s a return to Morgan State for Sherman who spent five years coaching receivers there previously.

Here is what we know about Morgan State’s football staff so far.

Moses Ware, Wide Receiver/Pass Game Coordinator – Ware was the offensive coordinator at North Carolina Central, his alma mater since 2019.  He had recently took a position at Fort Valley State until the Morgan State offer came to him.  Prior to 2019, he was Bowie State’s offensive coordinator under Wilson for five seasons. Under his direction, Bowie State was the D-II statistical champion in total offense per game and scoring in 2017 featuring a balanced offense, before switching to a pass-heavy offense in 2018.  Bowie State reached the playoffs with him as offensive coordinator, and he was instrumental in quarterback Amir Hall finishing in the top five in Harlon Hill Trophy voting, awarded to D-II’s top player. Ware was one of North Carolina Central’s best wide receivers in its history.

Ramal Faunteroy, Defensive Line – Faunteroy spent nine total seasons at Shepherd University (D-II) over two stints.  His most recent stint was over the last two years, where two defensive lineman obtained all-Pennsylvania State Athletic Conference honors on the way to Shepherd being a national semifinalist last season.  He has also coached all-Mountain East Conference players at Fairmont State and his first stint at Shepherd.  In the early 2010s, one of Shepherd’s strength was its defensive line, culminating in one lineman being named defensive conference player of the year and a finalist for the Cliff Harris Award for D-II defensive player of the year, and another player playing in the NFL for two teams. Faunteroy’s defensive line was a major contributor to Shepherd’s 2015 National Championship appearance.

David Fant, Jr., Running Backs Coach – Fant makes the leap to Morgan after serving as the tight ends coach at Bowie State under Damon Wilson.  His prior stops have been at the high school and junior college levels, and this position will be his first position at the Division I level.

Omarr Smith, Cornerbacks/Defensive Pass Game Coordinator – Smith is a holdover from the prior staff.  He previously served as a head coach and played in the Arena Football League at the defensive back position. Under his watch, Morgan State’s secondary had eight interceptions last season.

Brawley Evans, Linebackers – Evans previously coached the inside linebackers at the University of Maryland in 2021, and switched to that coaching position from coaching the outside linebackers. Prior to that, he had worked two seasons at Morgan State as a defensive backs coach. He was an all-conference running back at West Liberty (D-II).

*Sewell was announced as defensive coordinator shortly after the original post.

725
The Latest in HBCU Sports and Culture