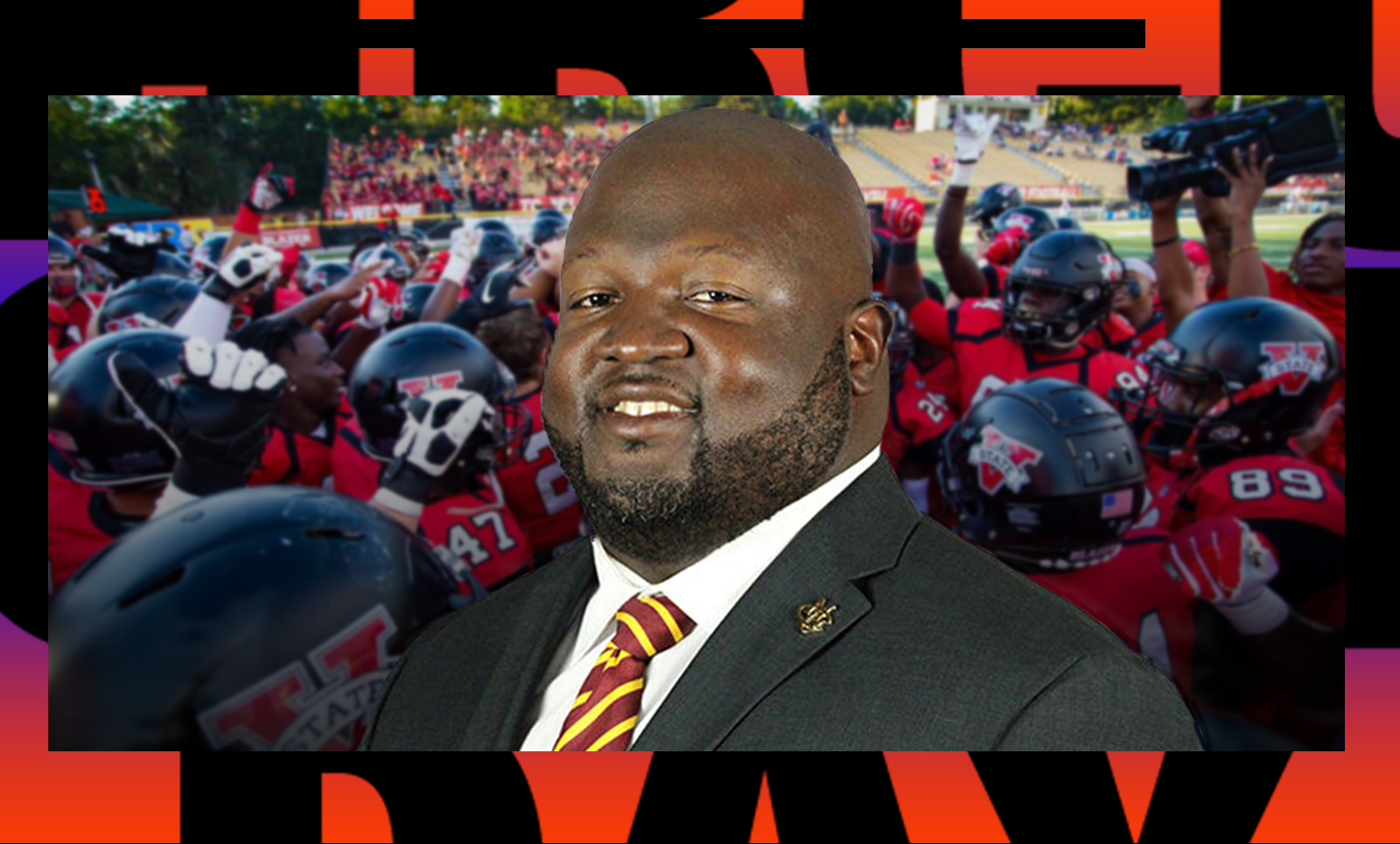 Valdosta State has made history by bringing in Tremaine Jackson to be its 11th head coach. Jackson, a former Texas Southern player, replaced Gary Goff, who left to be the head coach at McNeese State.  Jackson’s ascension into the position makes him the first black head football coach for a Gulf South Conference football program, arguably the toughest conference in D2 football. The fact that it is at national runner-up Valdosta State is even more noteworthy.

VSU represents Jackson’s second head coaching opportunity. He left the same position at Colorado Mesa University, a Division II school out of the Rocky Mountain Athletic Conference (RMAC).  At CMU, Jackson engineered an 8-2 record during 2021 season, and the Mavericks finished just outside of the playoffs in Super Region 4.  CMU also upset national semifinalist and rival Colorado School of Mines during the regular season.  Under Jackson’s tutelage, 21 CMU players were named to the All-RMAC team this season, including quarterback Karst Hunter being named the RMAC Offensive Freshman of the Year, and several first team defensive players.

Jackson built his career as a defensive coach. He has been a defensive coordinator at the Division II (University of Sioux Falls) and FCS (Abilene Christian, Texas Southern) ranks. He was the defensive line coach at TSU when it won the SWAC title in 2010.  That year, TSU led the country in total defense, sacks, and tackles for loss.

Valdosta State has amassed four Division II national championships (most recently in 2018) and nine conference championships (most recently the 2021 Co-champions).  Jackson will inherit several returning weapons on both sides of the ball.  Valdosta State became the first school in NCAA history to have three 1,000 rushers in quarterback Ivory Durham and running backs Seth McGill and Jamar Thompkins; all of whom is returning next season.  Jackson will need to restock the defense that was stocked with several seniors and graduate students as major contributors, but he does have the luxury of returning linebacker Jameon Gaskin (82 tackles, 2.5 sacks) and defensive lineman Brian Williams (10.5 tackles for loss, 5.5 sacks).

Jackson follows in the footsteps of very successful Valdosta State head coaches.  Goff is a Valdosta State alum who went 22-3 and had a national championship appearance in his two-year tenure. Kerwin Bell won a national championship in 2018.  His predecessor, current West Georgia head coach David Dean, won titles in 2012 and 2007 and coached Harlon Hill Trophy winner Dusty Bonner.  Chris Hatcher, preceding Dean, won a national title in 2004, and was the 1994 Harlon Hill Trophy winner as a player.

Black head coaches at the Division II level rarely get an opportunity to lead a premier program.  The best performances by black head coaches have occurred at HBCUs. In contrast, Valdosta State has been a school that has knocked HBCUs out of contention, mainly because of the significant gap in scholarship and money available for coaching resources.  This past season alone, Valdosta State defeated Bowie State in the national quarterfinals, and Virginia Union, Savannah State, and Albany State during the regular season.

As next season gears up, Jackson is in a prime position at a powerhouse program, and it will be worth keeping an eye out to see if maybe Jackson will be the first Black head coach to win a Division II national championship.