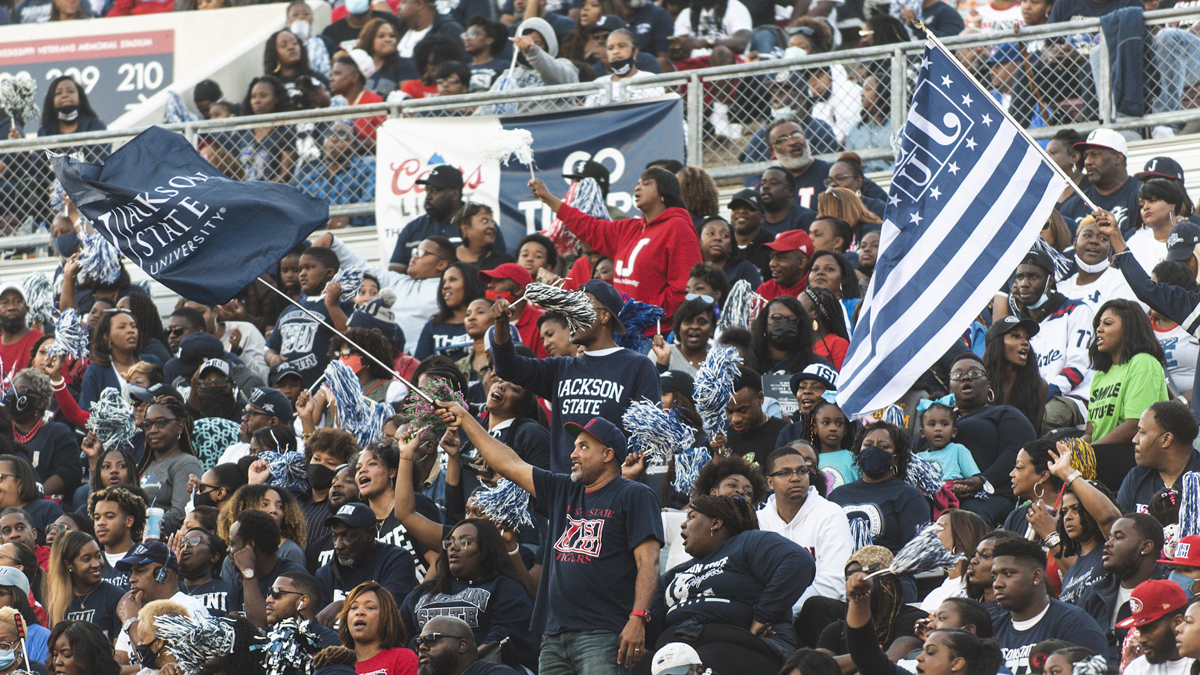 How far is Jackson State, Deion Sanders away from the FBS?

Now that it has Deion Sanders, how far is Jackson State financially from making an FBS move?

Re-alignment talk has once again taken over the college football world, and that includes Jackson State and Deion Sanders.

247 Sports blogger Carl Reed recently suggested that Jackson State should look to join the Big Ten following that league securing Southern California and UCLA from the PAC-12. The tweet generated a lot of conversation about the idea of JSU not just jumping to the FBS but joining up with a power conference.

Reed recently joined “The Block” to expound on his tweet.

Reed claimed sources that stated that Deion Sanders wants to remain at Jackson State, but that moving up to the FBS level would be key to making that happen.

“He wants to stay at Jackson State and build it into something that’s bigger than life. But that is going to call for Jackson State to have to be willing to go Division I,” Reed said. “You have Deion Sanders, you made an extremely bold hire in bringing him down to Jackson, MS. You have to give him the latitude to use the resources he has to secure the funding to get to the Division I level.”

Sanders added fuel to the fire by quoting the video in his tweet.

Jackson State would need a big financial boost for FBS

Jackson State certainly has seen its profile rise since hiring Sanders in 2020, but financially a jump to any FBS league would be a huge leap. Last fall JSU’s athletics revenue was $8.3 million — the seventh-lowest among 230 public Division I programs according to a USA Today Database. By contrast, it spent over $10 million.

It is, however, important to note that data was compiled in August 2021, before last year’s success in which it averaged better than 42k fans per game, but it shows there would need to be a massive budget increase as Louisiana Tech’s revenue is three times that amount at the bottom end of the FBS.

In fact, the HBCU with the closest budget to the bottom of the FBS level was Prairie View A&M. With revenues of nearly $19 million it was only four million behind LA Tech. That means a relatively moderate infusion of funding could bring it to that level.

How far is Jackson State, Deion Sanders away from the FBS?