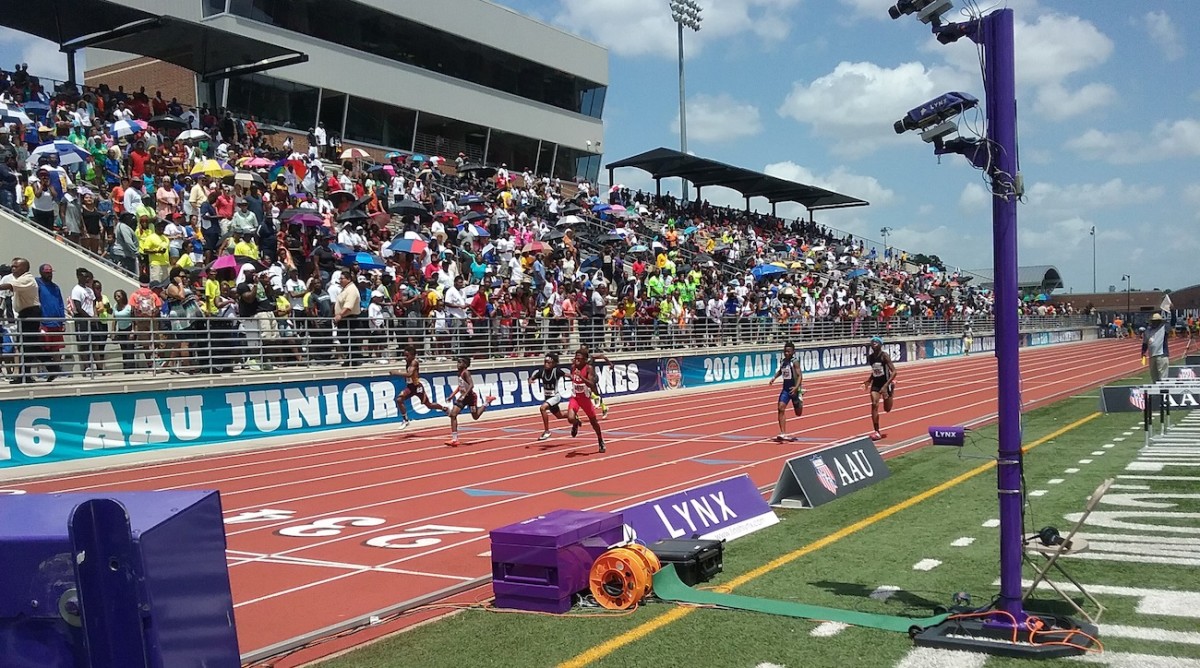 The fun and excitement of youth athletic competition returns to Greensboro and the campus of NC A&T as the 56th AAU Junior Olympics gets underway on July 26.

NC A&T State University and the city of Greensboro will again serve as hosts for the 2022 AAU Junior Olympics from July 26 to August 6.

The 56th annual AAU Junior Olympic Games hosted by the Amateur Athletic Union is the largest youth amateur, multi-sport event in the US. Over 16,000 athletes from all over the country will descend on the Gate City for the competition. Age groups competing range from 8 to 18 years.

The University and the city hosted the event in 2019. Parents, young competitors and fans flocked to the venue and filled up the city’s hotels for the previous event.

NC A&T will host the Track & Field competition that draws the largest crowds and includes the largest contingent of competitors. Those competitions are considered the marquee events of the Games.

Aggie (Truist) Stadium is the site for Track and Field events from August 1 – 6. Multi-Events (Decathlon, Heptathlon, Pentathlon, Triathlon, Racewalk) take place on July 29 – 30. The track schedule is in this link.

Track participants will pick up their packages at the A&T Student Center beginning on July 29. Check-in and registration will involve other parts of the A&T campus.

Additionally, the Celebration of Athletes is to be held at Aggie Stadium on Monday, August 1.

Billy Edringston is associate athletics director in charge of facilities and game day operations at A&T that oversees the event. He has been at the head of preparation and cooperation that has happened behind the scenes leading up to the meet. Staff at the Student Center, police department and Aggie Stadium, are as involved as city, county and other public officials.

The Greensboro Coliseum Complex is the site for most events.

The competition begins at the Coliseum with Trampoline & Tumbling (July 26 -29) and High School Team Wrestling (July 26-29).

The Greensboro Aquatic Center in the Coliseum Complex is where the Swimming competition takes place on July 28 – 31. Wake Forest University in nearby Winston-Salem, N. C. is the venue for Field Hockey from August 1 – 4.

The Basketball Invitational is back at the Coliseum Complex on August 6-7, preceded by Mid-Week basketball competition

Spectator admission tickets are available for purchase at all competition venues. Length of event passports are also available for pre-purchase online. Wristbands are provided, upon purchase, to all spectators. No access to venues will be allowed without a wristband.  This will be strictly enforced.  Wristbands are non-transferable.