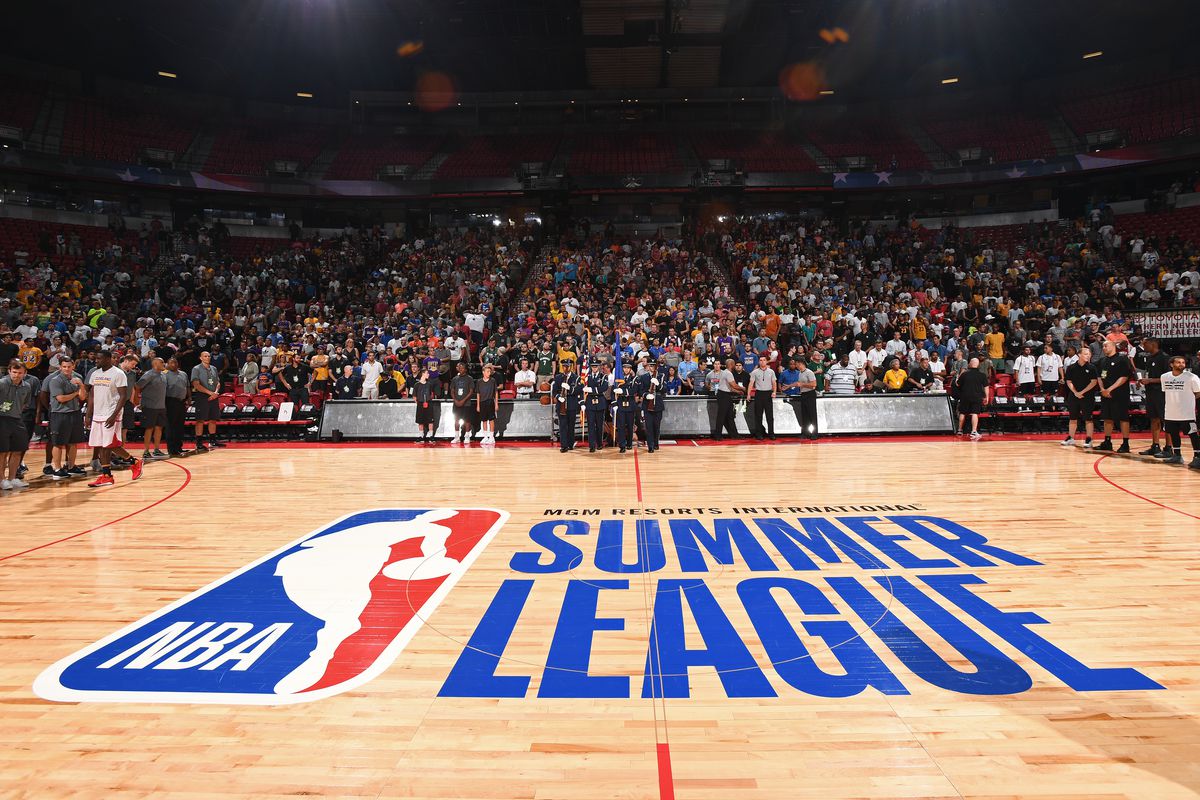 An HBCU Showcase of talented hoopers will be included as part of this year’s Las Vegas NBA Summer League.

Tajh Green of Benedict, Jawaun Daniels of Prairie View A&M, and Jalen Seegars of Fayetteville State highlight the players selected for the Showcase that will be held July 9-12. The Showcase will take place while the NBA2K23 Summer League is going on at the University of Las Vegas from July 7-17.

The HBCU Showcase will consist of drills and five-on-five games that will take place in front of international and NBA G League scouts at the Thomas and Mack Center on the campus of UNLV.

Green averaged 14.8 points and 7.9 rebounds per game this season at Benedict to earn the SIAC player of the year award. He shot 46 percent from the field and an efficient 72 percent from the free-throw line. The 6’8 forward from Rome, Georgia, helped Benedict to a 21-6 overall record and 14-3 conference record good for second place in the East division.

Green and Florida A&M guard M. J. Randolph both had another year of college eligibility but decided to declare for June’s NBA Draft. Neither was taken in the draft.

Seegars, the HBCU All-Stars Sam Jones DII National Player of the Year, also played in the HBCU All-Star game in New Orleans. The 2022 CIAA Tournament MVP and All-CIAA performer led the Broncos to the conference tournament title over Virginia State. He topped the FSU scoring charts with 486 points (16.2 points per game). The Greensboro, N.C. also was second in rebounding (163, 5.4 per game) and blocked shots (37, 1.2 per game). In two seasons, Seegars produced 967 points (15.9 per game). He had a collegiate total of 1,144 points.

Daniels also participated in the HBCU All-Star Game playing for Team Gaines. Although the game ended in a down-to-the-wire loss (79-75), Daniels made a highlight-reel dunk caught on CBS.

‘I am very excited about being in the first-ever HBCU Showcase during the NBA Summer League,” exclaimed Daniels.  “It gives me a good chance to get looked at not only by the NBA/G-league scouts but also international scouts and leagues all around the world.”

Prior to the former PV standout’s departure, he was voted first-team All-SWAC for the second straight year. He ranked fifth on the circuit in scoring (15.3), and seventh in rebounding (6.3). The Harlem, NY native had a career-high of 31 points against Loyola Marymount in a game where he posted a career-best seven three-pointers.

Tennessee State’s 6-7 forward Kissim Nicholson is also on the Showcase roster. Nicholson averaged 11.1 points and a team-best 8.3 rebounds for the 14-18 Tigers.

The final line-up of players had not been finalized at press time.