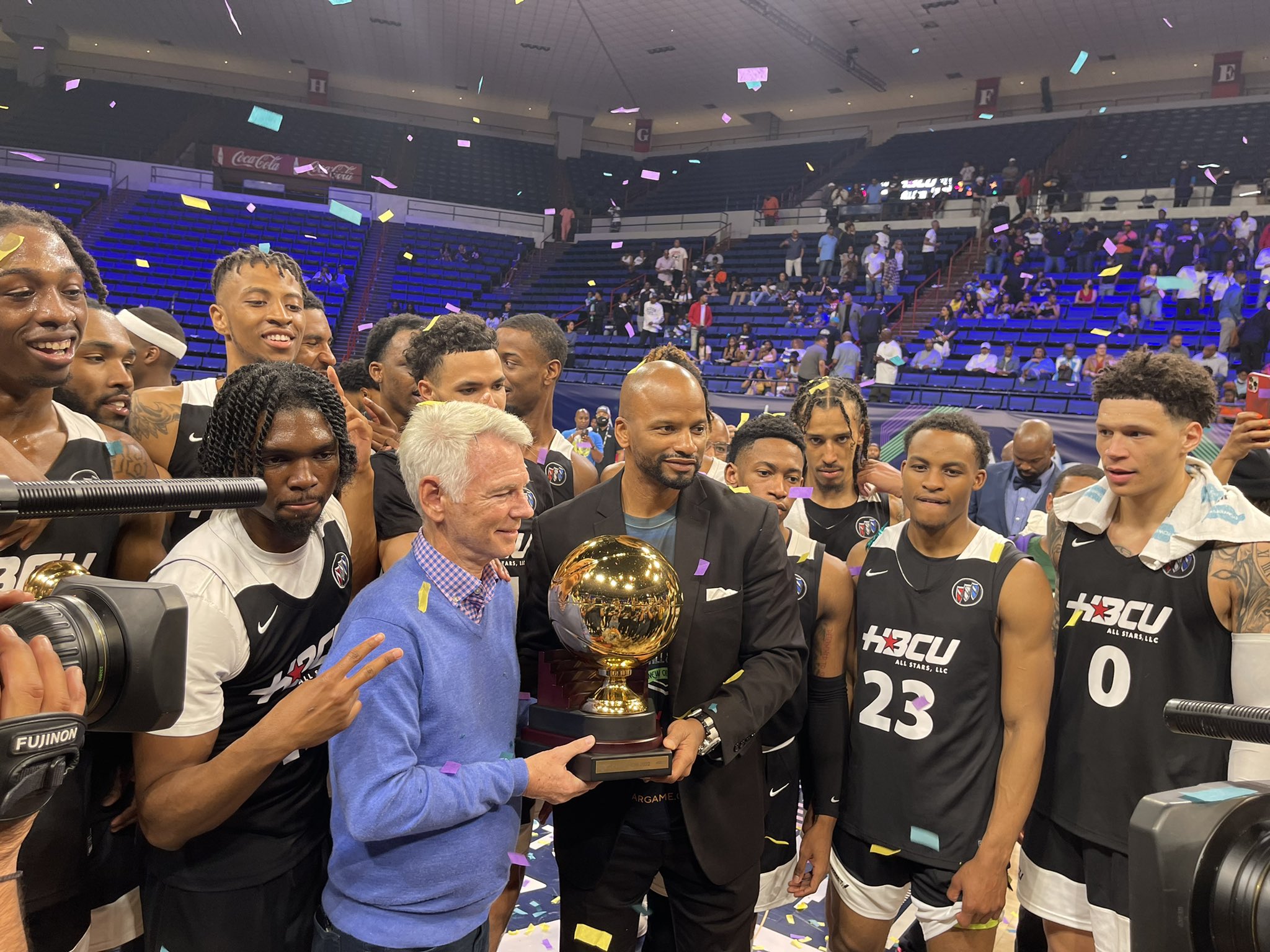 HBCU All-Star Game was worth the wait

Two years in the making, the HBCU All-Star Game at the Final Four in New Orleans was worth the wait.

History will show that Team (John) McLendon beat Team  (Clarence “Big House) Gaines in the HBCU All-Star basketball game in New Orleans. And while that fact is accurate, the truth is HBCU basketball was the big winner.

Sunday’s game was a tight basketball game for an All-Star game, with a team composed of MEAC and SIAC all-stars (plus a few Big South players) beating team composed of the best from the CIAA and the SWAC 79-75 at the University of New Orleans.

“It wasn’t a normal all-star game,” said Norfolk State head coach Robert Jones, who coached Team McLendon to the victory. “Guys were diving on the floor. It was blood on the court.”

“It’s a blessing,” Green said after the game. “We don’t usually get this much shine as HBCU players, so for us to come out here and play how we did — it’s a blessing.”

The game, the brainchild of former HBCU head coach Travis L. Williams, was more than two years in the making. Williams began planning the event, which was set to debut at 2020 Final Four in Atlanta. But then the pandemic hit, altering those plans. While that delay could be viewed as a setback, in many ways it may have helped amplify the event. HBCUs have received an increased level of interest, including publicity from mainstream media.

The HBCU All-Star game was far from the first time one was played with HBCU players — but none of those games have had the visibility of a platform such as CBS. That’s big for HBCU basketball at a time when there is currently just one HBCU product (Tennessee State’s Robert Covington) currently in the NBA.

“It’s more exposure for the coaches and the players,” Jone said after the game. “You can see it’s some pretty good players and these guys would have never been seen to the world if it wasn’t for this All-Star g

HBCU All-Star Game was worth the wait