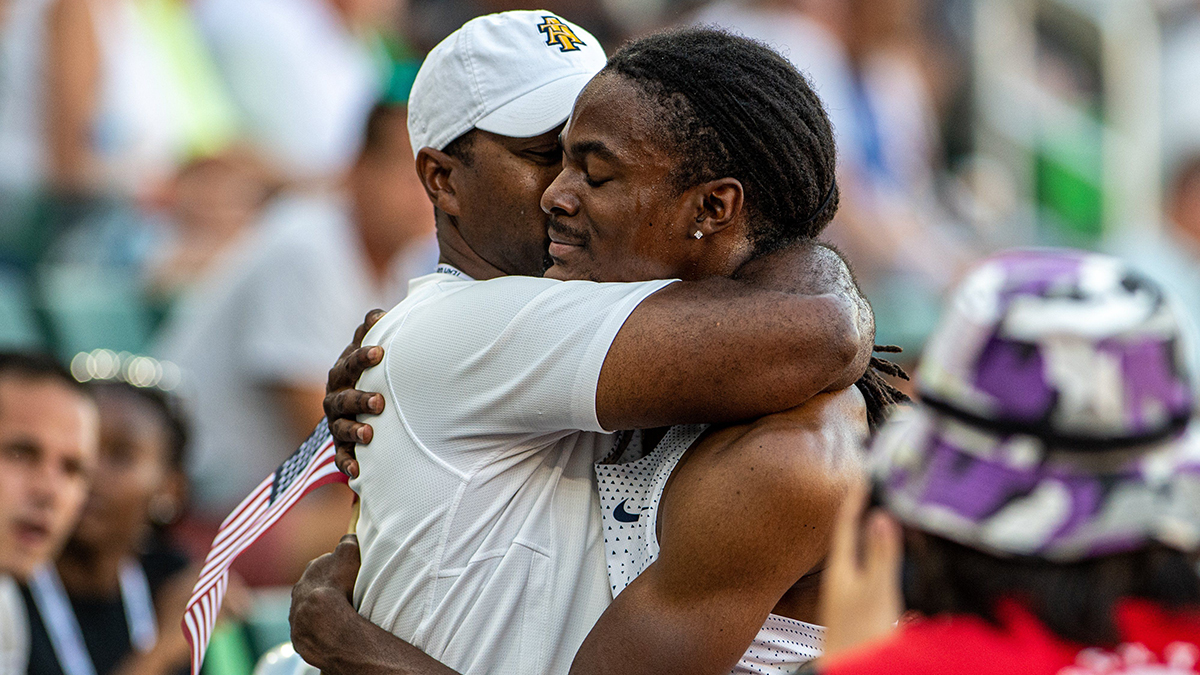 The father and son duo receives one last honor as members of North Carolina A&T track.

EAST GREENSBORO –  The father and son duo of Duane Ross and Randolph Ross will forever be synonymous with North Carolina A&T track and field and they performed one last feat together in association with the program recently vis the USTFCCCA.

His father, Duane Ross, who is now the director of track and field at the University of Tennessee following the 2022 NCAA Outdoor Track and Field Championships, earned USTFCCCA Southeast Region men’s coach of the year as the A&T director during the 2022 outdoor season.

With indoor and outdoor combined, Ross received five Southeast Region coach of the year honors as the director of track and field programs at A&T.

Ross Jr. is also a Bowerman Watch List semifinalist for the second straight season. The Bowerman Awards recognize the country’s best track and field athletes on both the men’s and women’s sides.

Ross Jr. won the NCAA indoor national championship in the 400 meters by running a 44.62 in Birmingham, Ala., the third-fastest time in world history. It marked the third-fastest indoor time in NCAA Division I history, making Ross Jr. only one of two men in collegiate history to have an all-time top-5 400m time indoors and outdoors (43.85, 2021 NCAA nationals). In addition, Ross Jr. won Big South indoor track athlete of the week twice.

Randolph Ross Jr. pulled off the 400m national championship double at the 2022 NCAA Outdoor Track and Field Championships at the University of Oregon’s Hayward Field in Eugene, Ore. Despite running out of Lane 8, Ross Jr. won the national title with a Big-South record 44.13, the fastest collegiate time of 2022. In addition, Ross Jr. has three of the fastest 400m outdoor times in NCAA history.

Before competing at outdoor nationals, Ross Jr. won Big South titles in the 400 and 4×100. He finished second in the 200m (20.26) behind teammate Javonte’ Harding with the second-fastest time in league history.

Ross finished strong as a coach at A&T. He led the Aggies to a ninth-place finish at the NCAA outdoor championships, making A&T the first men’s outdoor program to finish in the top-10 nationally for two consecutive seasons. The Aggies had 13 men qualify for the NCAA East Prelims and advanced 11 athletes to the NCAA nationals.