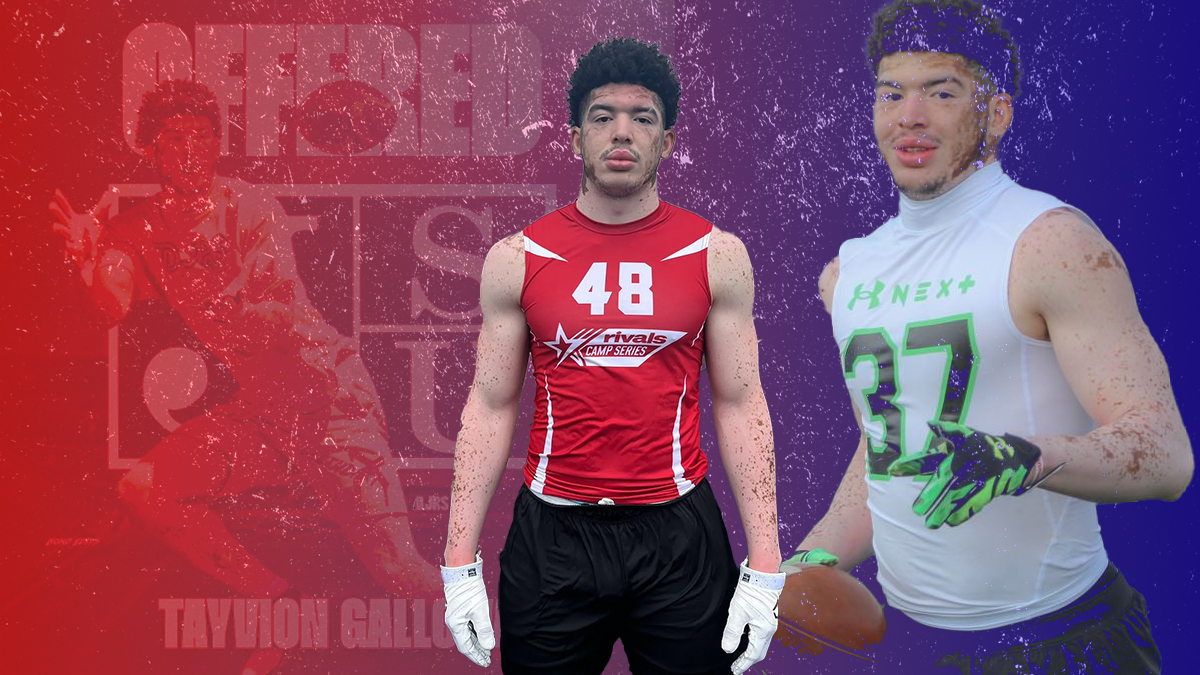 Tayvion Galloway, a four-star tight end from Ohio, says that Jackson State is moving up his board after meeting with Tim Brewster.

Tayvion Galloway, one of the top tight-end prospects of his class, likes what he’s seen out of Jackson State.

The seventh-ranked tight end in the class, says he enjoyed his visit to JSU, including his time with new coach Tim Brewster.

“My visit to Jackson State went extremely well,” Galloway told 247Sports. “I loved being able to sit down with Coach (Tim) Brewster at the end of my visit and just talk it up with him.”

Galloway currently holds offers from over 30 schools, including Pitt, Cincinnati, Indiana, Kentucky, LSU, Michigan, Michigan State, Purdue, Rutgers, Vanderbilt and West Virginia, but he’s also been getting offered by HBCUs. Grambling State and Florida A&M have both offered him. He’s rated as the fourth-ranked tight end and the No. 80 overall recruit in his class. He also took a visit to Tennessee State earlier this spring.

Jackson State offered the Chillicothe, Ohio product last month, and he says the school is moving up his list as he prepares for his junior season.

“They stand very high for me,” Galloway said. “I think I could fit with Jackson State because I would love to be coached by the best and the way they operate is how I would want to be coached.”

Tayvion Galloway is one of several athletes out of the state of Ohio that have been offered since Brewster came aboard. JSU recently offered Jermaine Matthews and Cameron Calhoun of Winton Woods High School in the Cincinnati area.