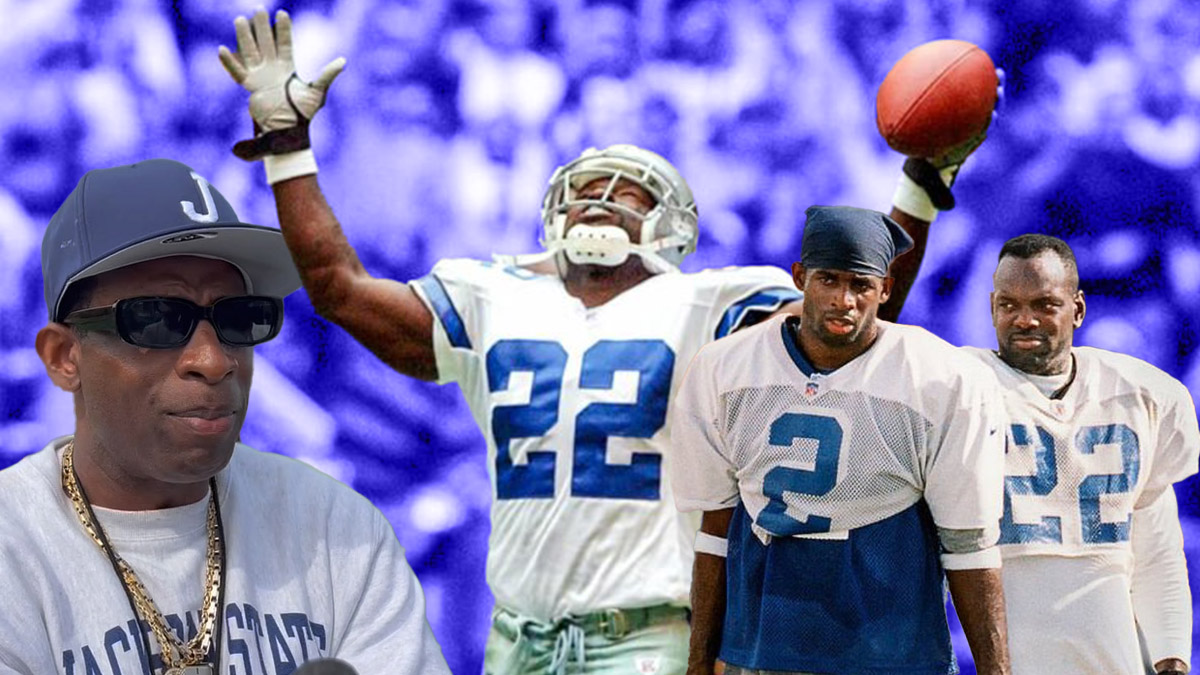 Emmitt Smith says he’s not surprised at Deion Sanders’ success and he sees why kids relate to him in ways they don’t to Nick Saban and others.

It’s been more than 20 years since Deion Sanders and Emmitt Smith were teammates on the Dallas Cowboys, but it is clear the NFL’s all-time leading rusher is keeping up with Coach Prime.

And Smith says he’s not surprised at the success that Sanders has accomplished thus far as a college coach.

“He has been grooming himself and raising young kids to play the sport at the highest level.” Smith told SI.com’s HBCU Legends. “So, no, I’m not surprised. Deion brings something different to an organization like Jackson State and these young men that some coaches cannot even identify with because Nick Saban never played professional football, not at this level. None have played baseball and been a dual-sports guy like Deion.”

“When he walks into a mother’s house, or father’s house, or combination thereof. And he’s telling a kid, “Hey, this is beyond the game of football, son.” This is about you not only getting a quality education at Jackson State, where HBCU schools produce quality individuals. It’s not marketed on the front like Alabama or Florida, or some of these schools. Because people don’t value HBCU schools like we value them.”

Smith and Sanders are also both Florida natives who played big-time football at PWIs — Sanders at Florida State and Florida for Smith.

“That’s what Deion has to offer,” Smith continued. “He understands the platform. Now he’s getting the understanding of really, truly what he may have lost out on,” Smith said.

Sanders received a solid endorsement from former Dallas Cowboys quarterback Troy Aikman last season after he went to visit him on the sidelines of his first game. Clearly, his former teammates believe in what he’s doing at JSU.