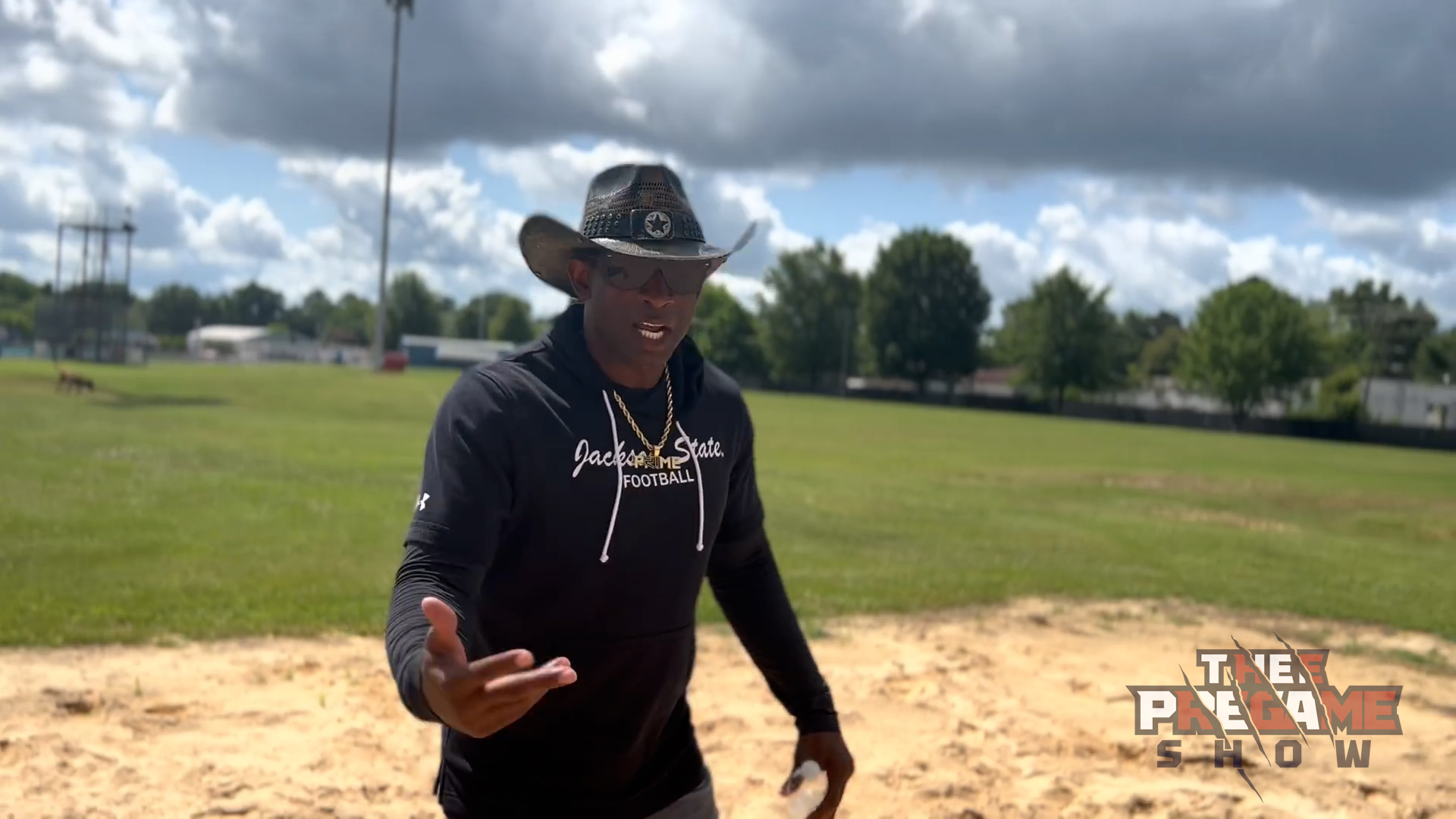 Head Football Coach Deion Sanders reflects on his physical health and the Tigers’ football program on a walk through the sandpit.

Jackson State head football coach Deion Sanders is in a state of reflection. He recently took a walk through the Tigers’ sandpit with Thee Pregame Show host Chris Neely, the same 40 yards of sand his players work out in, to tell it all.

“How often you get out here?” Neely asked.

“How does it feel, you know, after a long day of practice, the camps this weekend?” Neely asked.

“Swollen,” Sanders said. “After the camps, I was in a lot of pain. Hurts. Whole ankle is swollen. My foot is numb, I don’t really have feeling yet in my foot. It feels like a boot.”

“You had mentioned not really feeling your players seeing you down in in the cart or whatever,” Neely said.

“Yeah, I ain’t like that,” Sanders said. “It’s like family, man, those are like my sons. So when they see me not right, I mean, they know something’s wrong. It’s like you hate to see your mother cry. Something like that. I can compare it to that.”

Sanders said his players don’t like seeing him not himself.

Sanders said he likes to think of Jackson State as the model when it comes to HBCUs that are excelling, particularly in athletics.

“But even the model has dysfunction,” he said. “Because you’re the forerunner, you’re the catalyst. You’re the model, you know, you’re that thing that has been created and built that people are going to find holes in to make sure it’s right and it’s efficient and effective. Ain’t nothing wrong with that, though.”

There is no success without criticism, something that Sanders is also accustomed to over his storied career. He is able to compartmentalize the negative energy because he feels that he understands where it is really coming from.

“Hate is the natural reaction to success,” Sanders said. “When you have success, the first reaction isn’t love, isn’t appreciation, or respect. It’s hate.”

Sanders said the hate says more about the hater.

“Really you’re telling on your relationship with God,” he said. “Because you’re really saying, ‘God how can you bless him and not me?’ Not understanding that the God I know is omnipotent. All powerful. Bless all of us, simultaneously. It’s not like God chose me before he chose you, he just chose me and it’s my time. Your time coming.”

Turning a Moment into a Monument

“I’ve always been ready and prepared for my moment,” he said. “And I turned my moment into a monument. Don’t get mad at me because I make monuments out of moments.

During the interview Neely pointed out many of the physical structures that are new to Jackson State since Sanders’ arrival.

For Sanders, hope was the most important missing factor at Jackson State.

“Forget all these things,” he said. “Money can buy things. But that one tangible that you can’t touch, is hope. No hope. Forget the football. Community. Gotta have hope, man.”

Deion Sanders continued to push through the pain as he worked his foot through the sandpit. It’s that same pushing that has and will continue to take the Jackson State football program to new heights.