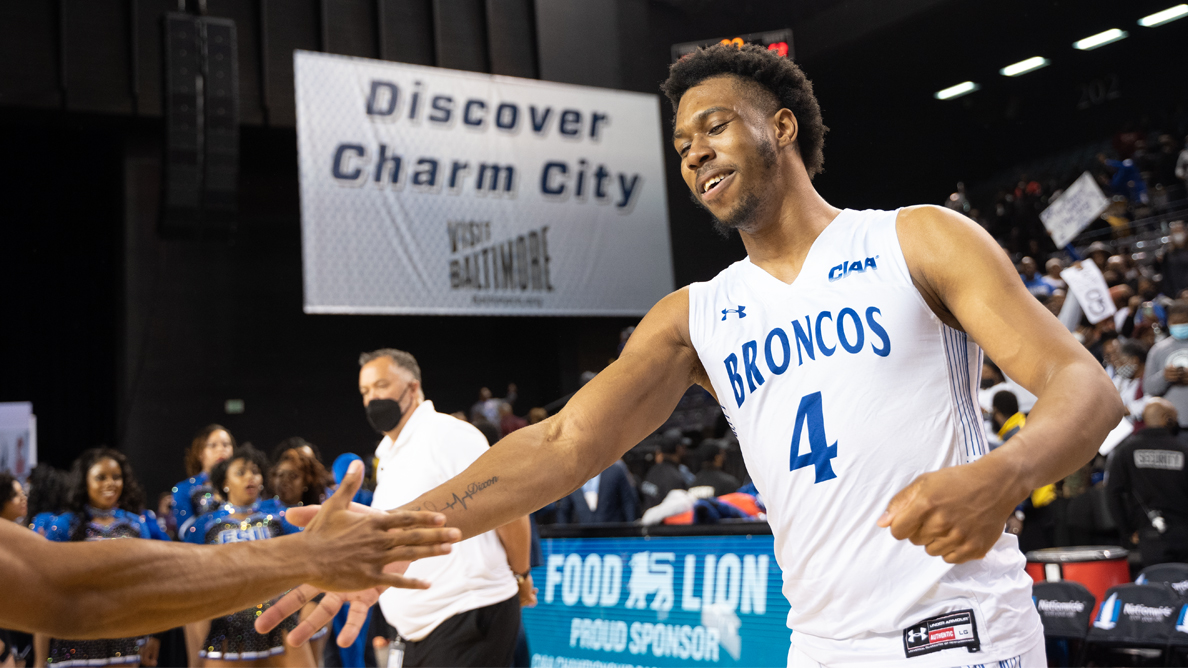 Fresh off a successful run last winter, the CIAA has decided to keep its basketball tournament in Baltimore.

Baltimore, MD – Mayor Brandon M. Scott, Visit Baltimore, the State of Maryland, and the Central Intercollegiate Athletic Association (CIAA®), the nation’s oldest historically Black athletic conference, announced on Wednesday that the Men’s and Women’s Basketball tournament will extend its run in Baltimore for 2024 and 2025 following a successful first year in-person in Baltimore in 2022.

“I personally could not be more excited that the CIAA has found its home in Charm City at the Royal Farms Arena for the next three years,” said Baltimore Mayor Brandon M. Scott. “The tournament provides an opportunity for the City, State, local businesses, and our communities to come together to highlight Black excellence by providing an incredible tournament experience. The CIAA Tournament staying in Baltimore is a win for all involved. It generates a strong economic impact for our city each year and greatly benefits students who attend or are looking to attend historically Black colleges and universities.”

“The CIAA Board of Directors is pleased to extend the tournament in Baltimore through 2025. With the circumstances and challenges of COVID-19 over the past two years, both the CIAA and Visit Baltimore made several modifications to manage expectations and have still found success with hosting the tournament, both in person and virtually,” said CIAA Commissioner Jacqie McWilliams. “The extension will give both parties the opportunity to build upon its success in cultivating a greater sense of community while introducing a new venue that should enhance the experiences of our student-athletes, fans, partners, and alumni.”

The extension follows news of a successful economic impact of the 2022 CIAA Basketball Tournament, which took place from February 22-26 at the Royal Farms Arena. The 2022 tournament welcomed 66,000 total attendees over 22 basketball games and had a direct spending impact of $13.9 million during its five-day run in Baltimore.

The CIAA Tournament generated a total economic impact of $19.6 million, which supported 1,159 part-time and full-time jobs and generated $1.9 million in state and local taxes. This financial success was made possible by the State of Maryland, Baltimore City, and the Local Organizing Committee.

In addition to total economic impact, the tournament generated $11 million in participant and spectator off-site spending, with $3.2 million spent in the food and beverage sector, $2.7 million in lodging, $2.1 million in entertainment and attractions and $1.9 million in retail spending.

Throughout the tournament planning process, the Baltimore Sports Tourism Development Council engaged 110 minority-owned businesses to be a part of the tournament which had a direct economic spend of $1,050,357 to those businesses.

In addition to the total economic impact that the event had on area hotels, restaurants and attractions, the City of Baltimore, State of Maryland, Visit Baltimore and the Local Host Committee made an

$800,000 donation to the CIAA General Scholarship Fund that supports the conference’s 12 member institutions, made up of Historically Black Colleges and Universities (HBCUs), and its students. This donation was made possible by the local businesses that make up the Local Host Committee, along with corporate contributions from partners including Brown Capital, Murphy Falcon & Murphy, The Harbor Bank, BGE, Verizon, Bank of America, BWI Thurgood Marshall Airport, Amtrak, Under Armor, the Cordish Companies, Whiting Turner, PNC Bank, T. Rowe Price, Brown Advisory and many others.

“The CIAA Board of Directors is excited about the future of our historic annual basketball tournament in the City of Baltimore until 2025,” said Dr. Aminta Breaux, President of Bowie State University and Chairwoman of the CIAA Presidents’ Council. “We thank city leaders including Mayor Brandon Scott and Al Hutchinson of Visit Baltimore, along with other state supporters, for laying the foundation to realize greater success in the years to come. Our 12 member institutions, including student-athletes and alumni, will once again be able to come together and showcase outstanding talent on and off the court while providing a valuable educational network and economic boost to Baltimore, the state, and the region.”

Over 260 community members served as volunteers during the 38 events and 22 basketball games that took place during the tournament, providing information and wayfinding support at BWI Airport, Penn Station and hotels in the tournament footprint.

The CIAA Men’s and Women’s Basketball Tournament will be in Baltimore from February 20-26, 2023.