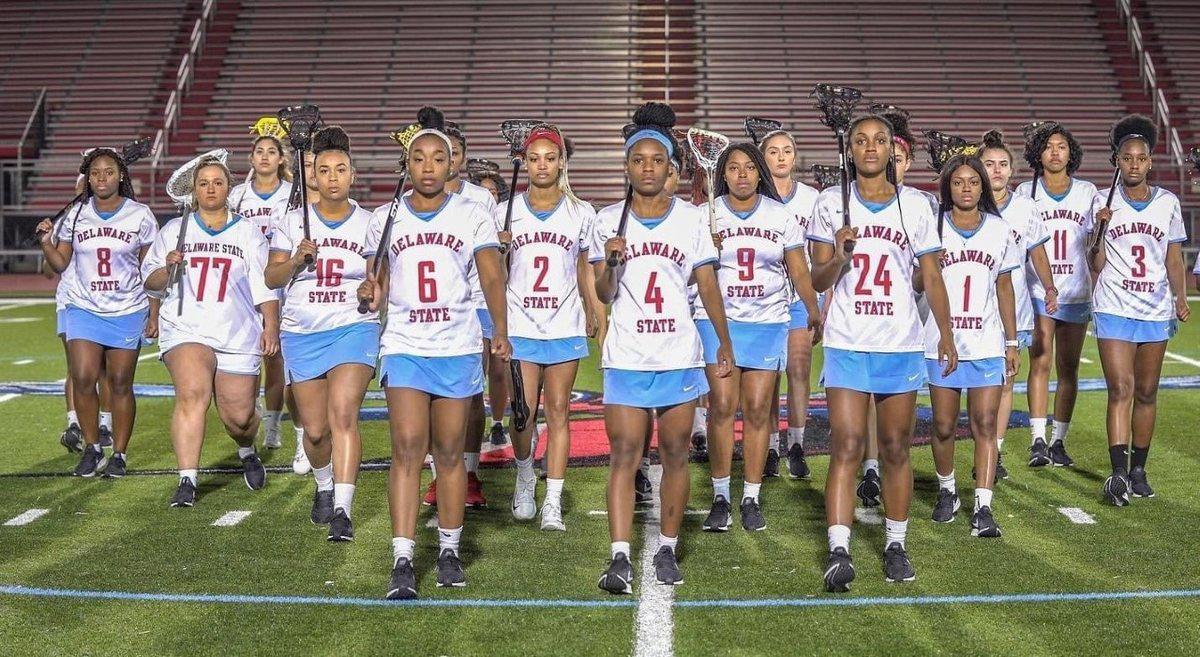 The search and stop of the Delaware State lacrosse team’s bus has prompted a DOJ complaint.

The fallout from the Delaware State lacrosse stop in Liberty County (GA) continues and doesn’t appear to be letting up.

DSU President Dr. Tony Allen announced that the university intends to file a formal complaint with the United States Justice Department regarding the stop and search executed on its women’s lacrosse team’s bus on April 20.

“Today, I am announcing the University’s intention to file a formal complaint with the Civil Rights Division of the United States Department of Justice,” Allen said in a press conference on Friday. “The basis of this complaint will be police misconduct related to the April 20 incident in which Liberty County Sheriff’s Department officers conducted a constitutionally dubious “stop and search” of a charter bus transporting the University’s women’s lacrosse team.”

The Delaware State lacrosse team contends it was racially profiled by deputies from the Liberty County Sheriff’s Office, who attempted to coax the team into confessing it had drugs and/or paraphernalia and went through its luggage — including intimate garments.

Liberty County Sheriff William Bowman, who is a black man, stated earlier this week that his deputies didn’t do anything wrong, but that they could have done some things better. Dr. Allen said that he and Bowman have spoken on the phone.

“Our conversation was cordial, but the impasse is apparent,” he stated. “We believe the stop and search raises serious constitutional and civil rights issues. He disagrees. It is worth noting here that he ordered the release of body camera footage from one of the four officers involved in the incident, which he believes exonerates his department.”

Delaware Attorney General Kathleen Jennings formally requested that the incident be reviewed by the U.S. Department of Justice Office of Civil Rights. Allen said Delaware State supports that as well as the ability for the bus driver and the rest of the program to pursue individual action against Liberty Count

“We do not teach our students to be submissive. We teach them to be empowered and to use their voices for good—to be engaged in things greater than their own self-interests. That is why the best among our nation are behind them and why they shall not be moved.”