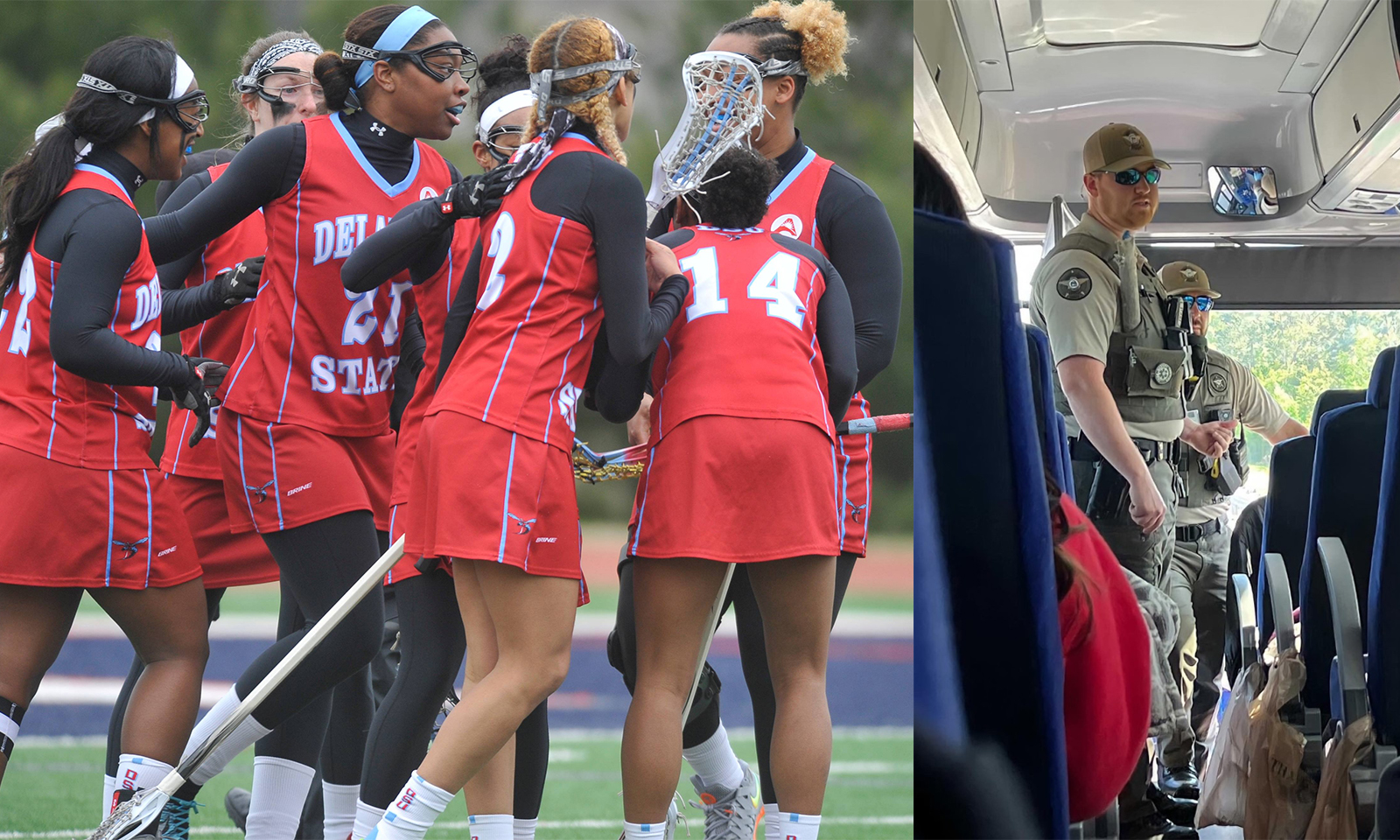 The Delaware State women’s lacrosse team believes it was profiled and harassed by authorities in Georgia.

Delaware State University President Dr. Tony Allen is speaking out on behalf of his women’s lacrosse team after reports of it being racially profiled on a recent trip through Georgia.

The incident took place three weeks ago as DSU was returning home from a slate of games in Florida. The team’s charter bus was stopped by Liberty County (GA) deputies, who proceeded to search the group’s luggage with dogs, looking for drugs and paraphernalia. Videos show the officers attempting to compel the student-athletes to confess to having drugs.

“If there is something in there that is questionable, please tell me now because if we find it, guess what? We’re not gonna be able to help you,” deputies told the team. “Marijuana is still illegal in the state of Georgia.”

The deputies went through the group’s luggage for half an hour, even rummaging through the women’s underwear. The deputies found nothing and finally let the bus get on its way.

“I was more scared for my players,’’ head coach Pamella Jenkins told news outlet WHYY. “They were kind of quiet and kind of shocked that this was happening to them when all we’re trying to do is just get home after a long road trip.”

Dr. Allen issued his statement via email on Monday, stating that Delaware State doesn’t intend to let the incident fly idly by. The wheels are in motion, according to his email.

“Our student-athletes, coaches, and the subcontracted bus driver are all safe. I have spoken with many of them, and in the course of investigating this incident in conjunction with our General Counsel and Athletic Director, I have also reached out to Delaware’s Governor, Congressional delegation, Attorney General, and Black Caucus. They, like me, are incensed. We have also reached out to Georgia Law Enforcement and are exploring options for recourse—legal and otherwise—available to our student-athletes, our coaches, and the University.

Delaware governor John Carney issued a statement on the incident as well.

“I have watched video of this incident – it is upsetting, concerning, and disappointing,’’ he said.  “Moments like these should be relegated to part of our country’s complicated history, but they continue to occur with sad regularity in communities across our country. It’s especially hard when it impacts our own community.”

WHYY News reported that it contacted the Liberty County Sheriff’s Office on Monday. Officials said at the time they didn’t have any further information and referred the outlet to Max Brown, the Chief Deputy. The office said the incident has to be investigated.

829
The Latest in HBCU Sports and Culture

812
The Latest in HBCU Sports and Culture