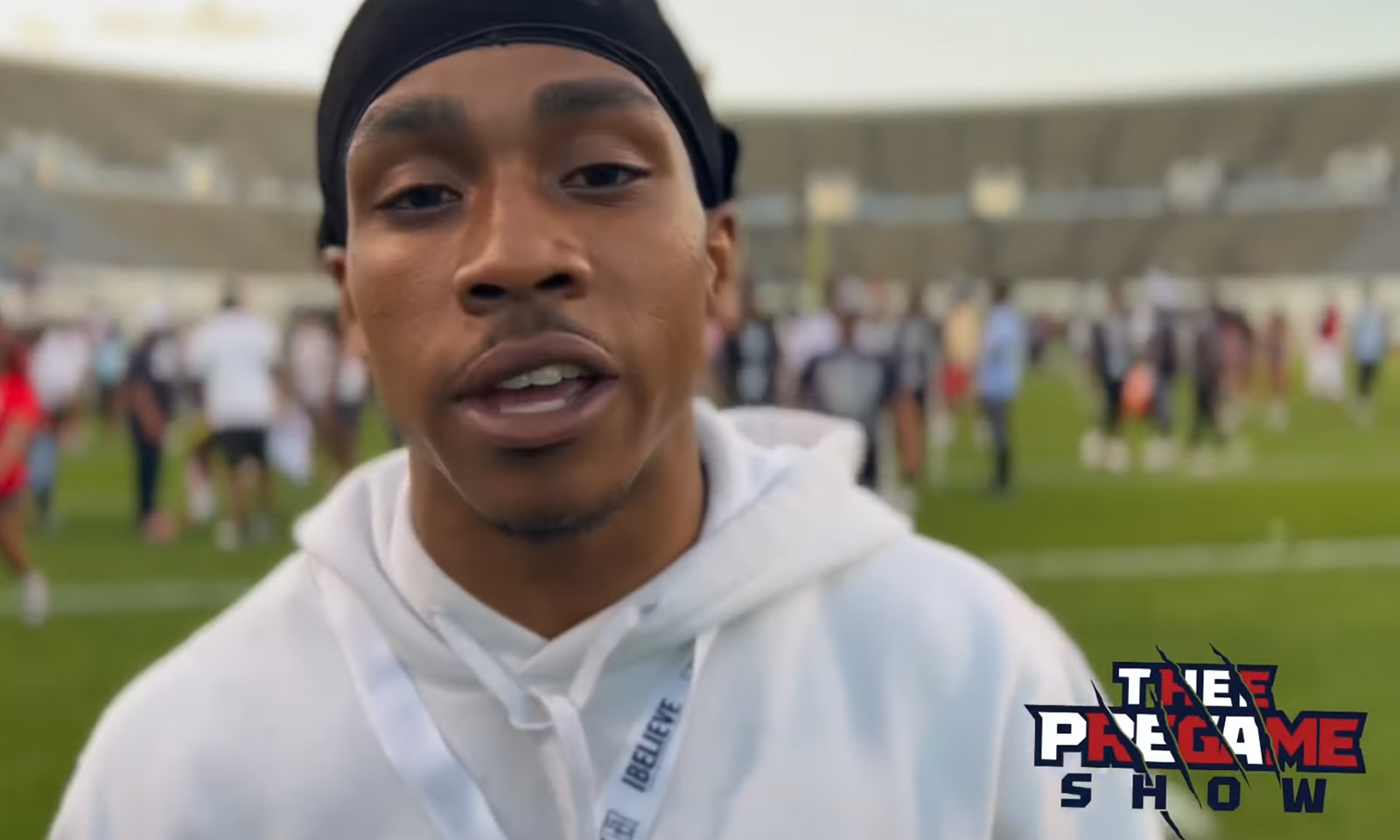 JACKSON, MS–Three-star receiver Willie Gaines is one of Jackson State‘s latest recruits. During his first visit with the Tigers, Gaines sat down with Chris Neely and Charles Bishop of Thee Pregame Show to discuss his decision, what he brings to his position, and whether he prefers hot wings or pizza.

I Want to Be Part

Neely opened the interview by probing Gaines on the factors that went into his decision.

“I ain’t gonna lie to you,” Gaines said. “First thing, Deion. That’s obviously everybody. But I like what he’s doing and I like that it’s an HBCU, it’s not like one of the other universities. He’s starting a new trend and I want to be part of it.”

Bishop asked Gaines to talk about his skill set.

“One thing I bring to my position, I bring energy,” Gaines said. “I make everybody like ‘Oooh.’ They wanna say ‘Oooh’ and look at me. The thing I’m good at is getting myself open.”

Gaines added that he loves learning new skills, too.

“I like learning new things every day,” he said. “I don’t mind learning.”

Gaines said he’s also good at being the glue for his teammates.

I Want to See It Packed

One thing that excites Gaines most about the upcoming fall season is seeing thousands of Tiger fans packed in Mississippi Veterans Memorial Stadium.

“It’s gonna be my first time seeing a lot of fans,” he said. “I’ve probably never seen more than like three thousand.”

“Well man, home games, regular-season games, it’s nothing for forty-five, fifty thousand people to be there,” Neely said. “Your people, people that look like you.”

“That’s one of the things that Coach Prime said attracted him,” Neely said. “He said, ‘Look, I have played at every level of football but it’s never been in front of just my people and giving my talents to my people’.”

“I can most definitely feel that,” he said.

“Got a food question for you, we’ve been asking everybody else,” Neely said. “If you had a choice between pizza and hot wings, what’s your pick?”

Gaines took a moment to collect his thoughts.

Willie Gaines’ final words for viewers were to “be ready.”

“Tiger Nation, yall gonna get everything out of me,” he said.