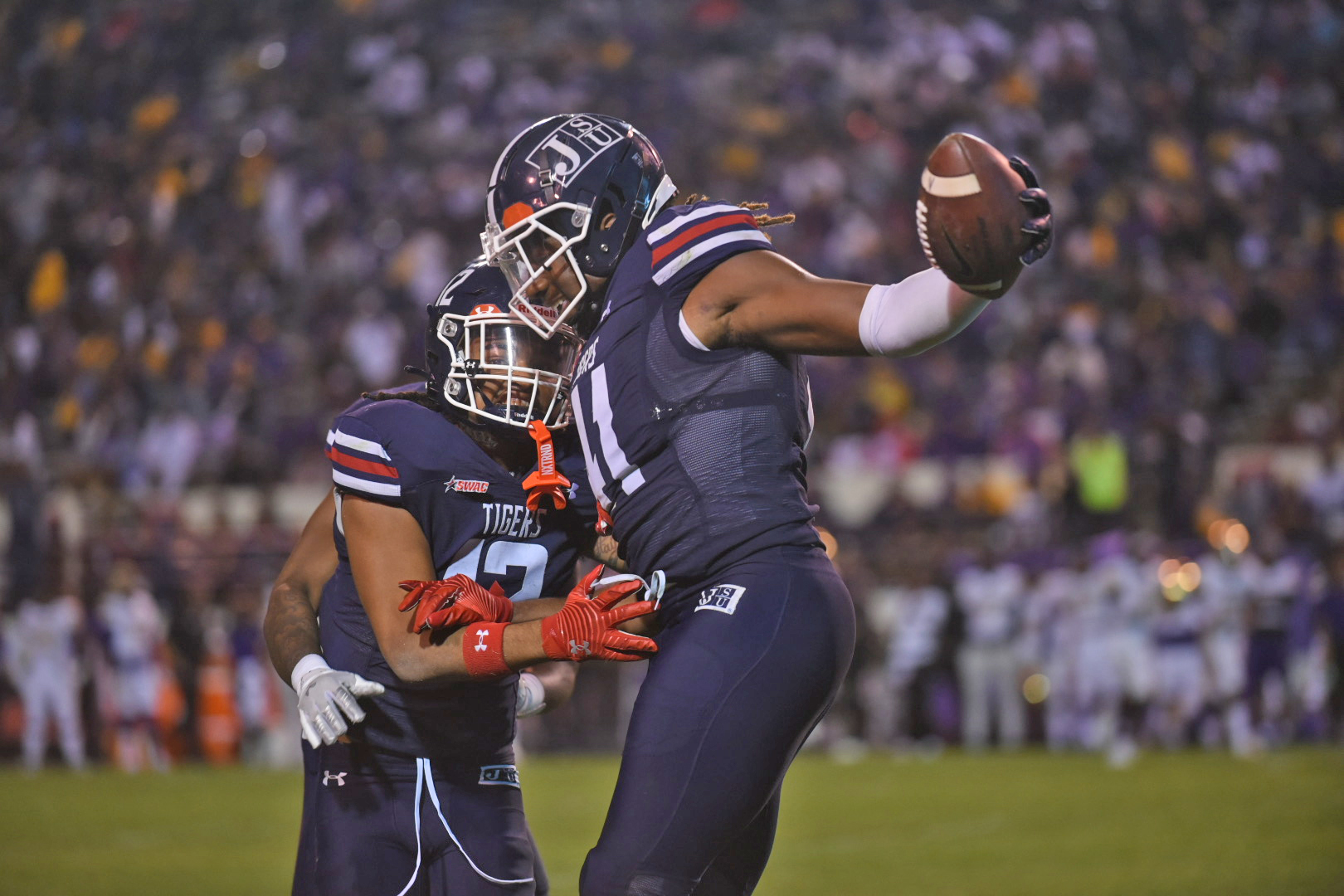 Each NFL team is allowed to host up to 30 draft prospects before the big night.

The 2022 NFL draft is quickly approaching and several HBCU players are hoping to hear their names called. Each NFL team is allowed to host up to 30 draft prospects for interviews and physicals before the big night. Here is a list of HBCU players who have been invited.

The linebacker posted 70 tackles, 24.5 tackles for a loss, 16.5 sacks, 10 quarterback hits, and an interception in 13 games during his one season with JSU. Houston was selected to the 2021 FCS All-American team, the NFLPA Collegiate Bowl, and the East-West Shrine Bowl. He was also named the HBCU Gameday Defensive Player of the Year.

The safety posted 79 tackles (4th most in SWAC), 6.5 tackles for loss, four forced fumbles, two sacks, one interception, and one pass breakup last season. Bell was named the Reese’s Senior Bowl Defensive Player of the Week after a 15 tackle, sack, and forced fumble performance at USF.

Joshua Willimas is the only HBCU player to make two top thirty visits before the 2022 NFL Draft so far. Williams dominated the CIAA during his three seasons with the Fayetteville State University Broncos. The defensive back tallied 79 total tackles, 22 pass deflections, and five interceptions over 28 games. The North Carolina native was named to All CIAA First Team in 2021.