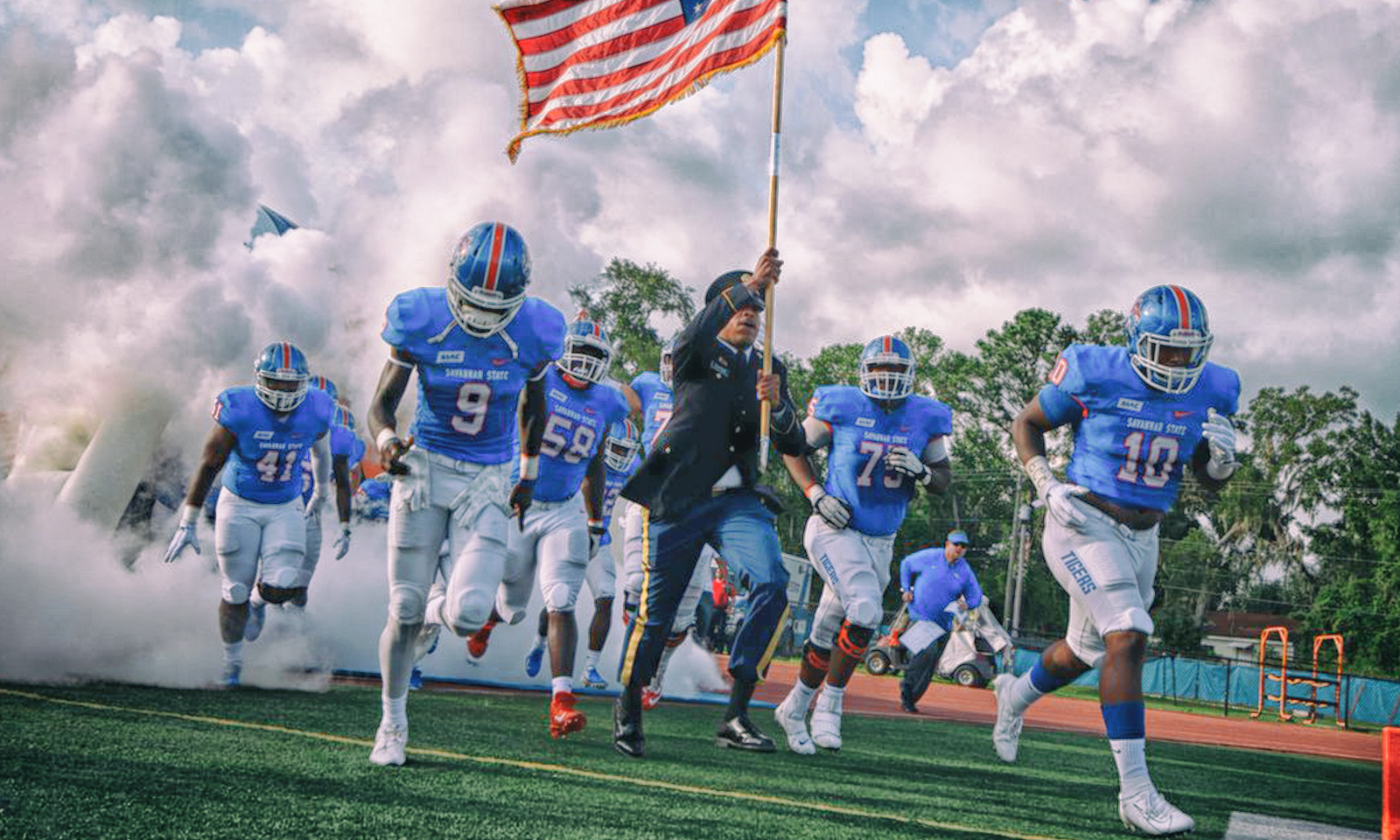 The new leader of Savannah State football has interned for four NFL teams and coached over 30 all-conference players.

Kelton arrived on campus this morning to meet with the team and administration. Kelton and Mr. Mashariki will hold a press conference Tuesday afternoon.

“We are very excited to welcome Aaron Kelton to Savannah State, “Mashariki said. “Following our national search, we had a very tough choice to make. We feel confident Aaron Kelton is the right leader for our football program as we continue to create a winning culture.

“We would like to thank Russell DeMasi for stepping in to serve the program in the interim.”

“I am excited,” Kelton said. “I’ve been excited since I found out. It’s such a great opportunity to work with great kids in a great region of football and to be at a school like Savannah State that is so rich in tradition. I am looking forward to getting to know the kids and getting after it.

“I would like to thank Mr. Mashariki and President Ballard-Washington for seeing that I am the guy who can do this job.”

Kelton comes to Savannah State from Howard University where he was the defensive backs coach and recruiting coordinator. He also served as interim head coach at Howard in 2019.

Prior to that, the Boston, Massachusetts native was the co-defensive coordinator at Morgan State, and the head football coach at Shorter University. He also served stints at Williams College, Columbia University, Virginia State University, Concord College, Clarion University and the Massachusetts Institute of Technology.

Through his nearly three-decades of coaching experience, Kelton has served as an intern with four NFL teams and coached over 30 all-conference players. He earned his bachelor’s degree in psychology from Springfield College and is a master’s degree candidate at Virginia State University.

Kelton was one of four finalist for the head football coach position at Savannah State, following a national search that yielded 63 applicants.

Kelton will take over a program that had back-to-back winning seasons, including an 8-2 finish in 2021.