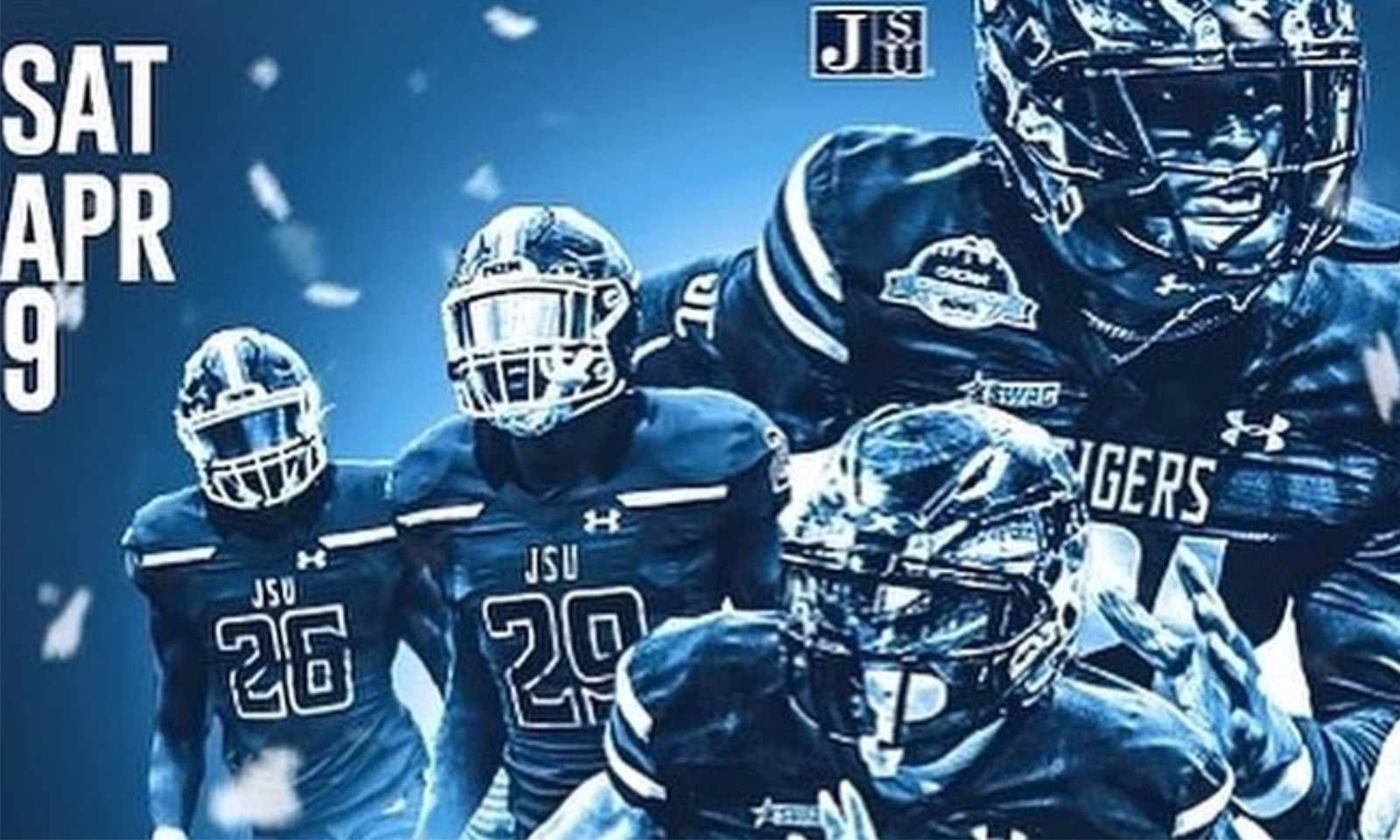 The Jackson State Tigers will play its first of two scrimmages this weekend.

Jackson State football fans won’t have to wait until September to catch some action from the defending SWAC champions. The team will play in the first of two spring scrimmage games this Saturday.

Thee Pregame Show caught up with Director of Player Personnel Otis Riddley, who encouraged fans to show up and show out for spring football.

“We need people in the stadium, we need the atmosphere lit, we need you ready to rock and roll with us,” Riddley said.

Riddley said Deion Sanders is “putting together something special.”

The Blue & White scrimmage isn’t the only game Jackson State will play this spring.