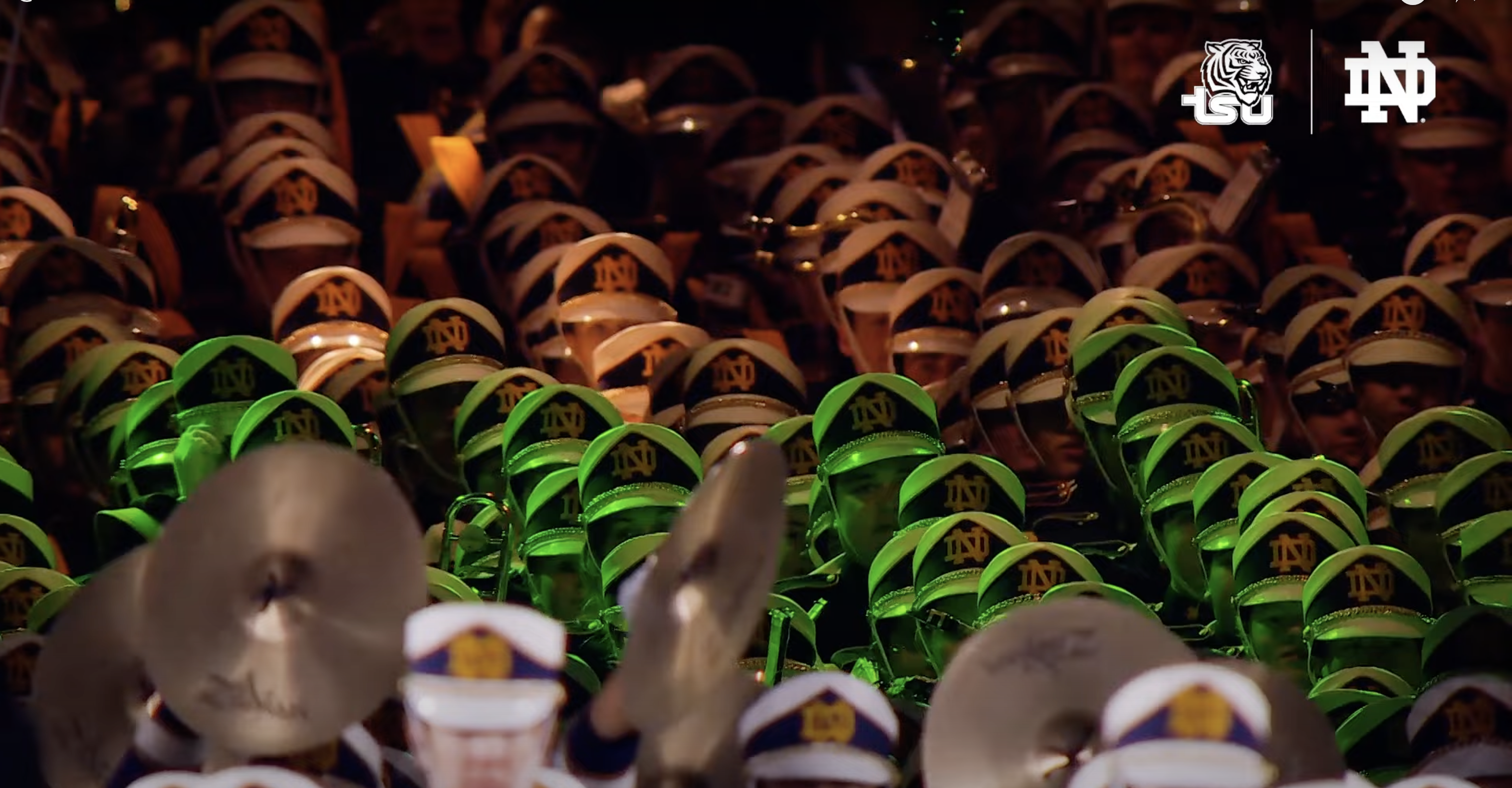 Notre Dame football to host HBCU for first-time ever

Notre Dame will host an HBCU for the first time in its storied football history in 2023 when it plays Tennessee State under Eddie George.

Notre Dame has done just about everything possible in college football. But it has never played football against a historically black college. That, however, will soon change.

Notre Dame will take on Tennessee State University at Notre Dame Stadium in 2023. The game between the two historic college football programs is set for Sept. 2, 2023 was announced on Tuesday.

“We’re excited to bring a pair of great academic institutions that are steeped in tradition together in 2023,” said University Vice President and James E. Rohr Director of Athletics Jack Swarbrick. “None of this would be possible without Dr. (Mikki) Allen and Coach (Eddie) George’s vision for what this game can represent to our Universities. I’m thrilled we’re able to bring the Tigers and the Irish together for a weekend that will feature programs with over 20 combined national titles, the Aristocrat of Bands and the Band of the Fighting Irish.”

Tennessee State is coached by former Ohio State Heisman Trophy winner and NFL all-pro running back Eddie George. George took over the TSU program last April, becoming a head coach for the first time. He led TSU to a 5-6 record.

“We are setting the foundation for long-term success under Coach George’s leadership. The goal is that TSU will be a destination program for the next generation of student-athletes to come.”

The two programs are certainly traditional powers in their respective worlds. The Fighting Irish have claimed 11 national titles and has 13 Pro Football Hall of Famers. The Tigers have 12 black college football national titles and two Pro Football Hall of Famers. Both programs have fallen on hard times by their lofty standards and are looking to get back on track.

Notre Dame football to host HBCU for first-time ever