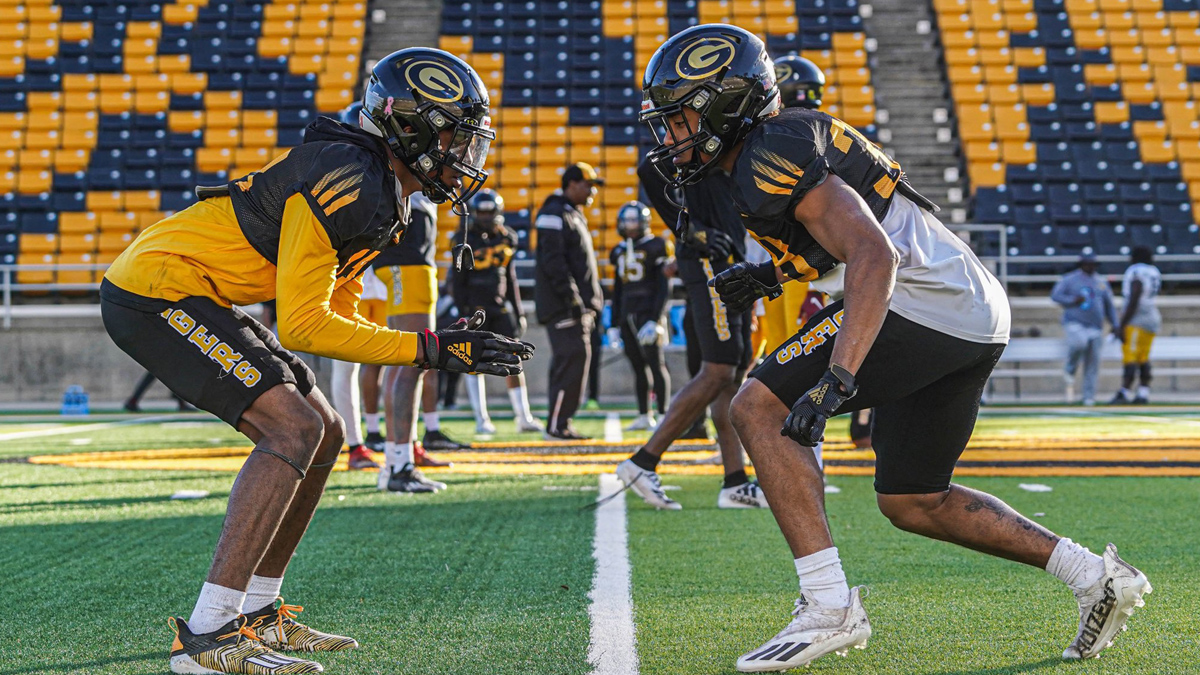 The Grambling State spring game will give fans a chance to see some of its new players, including Power Five transfers.

Grambling State is set to kick off its Black and Gold spring game on Saturday. The game will provide students, fans and alumni a chance to see the new-look G-Men in their first year under head coach Hue Jackson.

The roster has featured heavy turnover from the 2021 squad which went 4-7 under former head coach Broderick Fobbs. Here are a few Power Five transfers to keep an eye on come Saturday.

A 6-4, 210-pound dual-threat quarterback from Jacinto (Calif.), Hollawayne was ranked as a three-star prospect by 247 Sports, and rated as the 59th best quarterback in the 2021 class. He had offers from Kansas, Nevada, Indiana, Fresno State and several other FBS programs, but he chose UCLA. He never saw the field there, but should get his chance to show what he can do Saturday. Noah Bodden, GSU’s highly-regarded signee from its 2021 class, is still on the roster as well.

Washington played two seasons at Nebraska, where he finished 455 rushing yards and 221 receiving yards, averaged 5.9 yards per carry and scored three rushing touchdowns with a receiving touchdown to boot. Washington played in seven games the following season, rushing for 298 yards with an average of six yards per rush. He caught 12 passes for 162 yards and two scores that year as well. Grambling also brings back last season’s leading rusher in C.J. Russell (429 yards) as well as Keilon Elder.

The New Orleans native has three years of eligibility remaining as he joins Grambling after transferring from Arkansas. Bush played at Edna Karr and was rated as a four-star prospect coming out of high school for the class of 2019. He was rated as the No. 13 overall player in Louisiana according to 247Sports and was rated as the No. 28 overall cornerback. He initially committed to Southern before flipping to Grambling State. Former Cal defensive back Jaylen Martin will be in the defensive backfield as well.